10Investigates reported two weeks ago the FBI is looking into whether Commissioner Hagan broke the law. 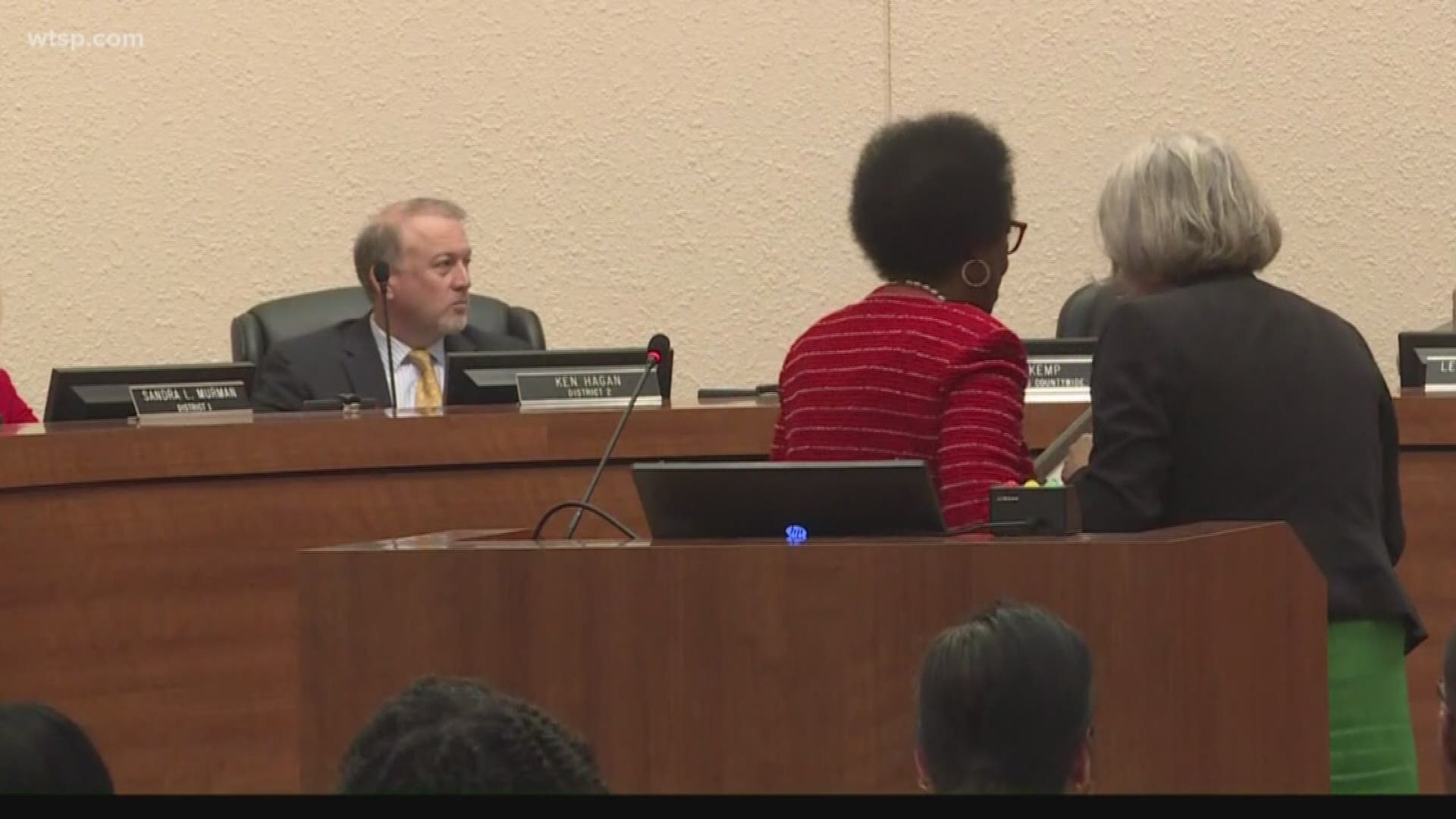 TAMPA, Fla. — At least 17 people have called for Hillsborough County Commissioner Ken Hagan to recuse himself from certain votes since 10Investigates exposed the FBI is investigating him.

10Investigates reported two weeks ago the agency is looking into whether Commissioner Hagan broke the law in leveraging his considerable influence inside the county center to benefit developers he was connected to.

10Investigates found out through a public records request that more than a dozen people have emailed Hillsborough County Commissioners and the county attorney since then, saying they saw our story and want Commissioner Hagan to recuse himself from land use decisions.

“I believe Ken Hagan should recuse himself immediately from any votes pertaining to land use of any kind. I am not saying that the current investigation will turn up proof that he has been dishonest, but it’s better to be safe than sorry,” one Tampa resident emailed all seven commissioners.

“Until the investigation is complete, I think that it would be wise for Commissioner Hagan to recuse himself from any voting concerning land issues. FBI probes are serious things and should be treated thus,” said another.

Despite the calls for him to step away, Hagan continued to actively participate in Wednesday’s county commission meeting where land use issues were discussed.

Hagan’s aide Rich Reidy told 10Investigates he asked the county attorney’s office to send all the commissioners a “legal opinion on the matter of recusal and requirement to vote.”

Hagan did not respond to 10Investigates’ request for an interview for this story. Two weeks ago, he told 10Investigates reporter Jenna Bourne he was unaware of an FBI probe into him.

“I have absolutely no idea what you’re talking about, and no one from law enforcement has contacted me,” said Hagan on Oct. 25.

The active criminal investigation was confirmed through interviews with three different individuals approached by the FBI for information, as long ago as October 2018 and as recently as this week. The bureau responded that it does not confirm or deny the existence of investigations, but that completed investigations are typically handed off to the U.S. Attorney, who would make a decision about prosecution.

The individuals interviewed by the FBI -- all of whom asked not to be identified -- said they answered investigators' questions regarding various land deals in Hillsborough County, including at least one where Hagan's father was paid to help private land owners sell property to the county for approximately five times its assessed value. The commissioner's attempt to facilitate a Rays stadium in Ybor City was also one of the numerous other land deals discussed.

The FBI launched its investigation into Hagan after 10News aired a series of stories exposing the commissioner's connections to lobbyist Beth Leytham, his failure to turn over public records, and secret dealings with the Tampa Bay Rays. However, the probe was launched prior to 10Investigates' November 2018 story about campaign donations Hagan received from property developers who stood to benefit from inside information about the commissioner's work on an Ybor City ballpark.

Hagan was first elected to the commission in 2002 and has won all five of his re-election bids since.