A family of five now calls a hotel room home after issues with their apartment weren't fixed. Now, they've decided to Turn to 10 for help. 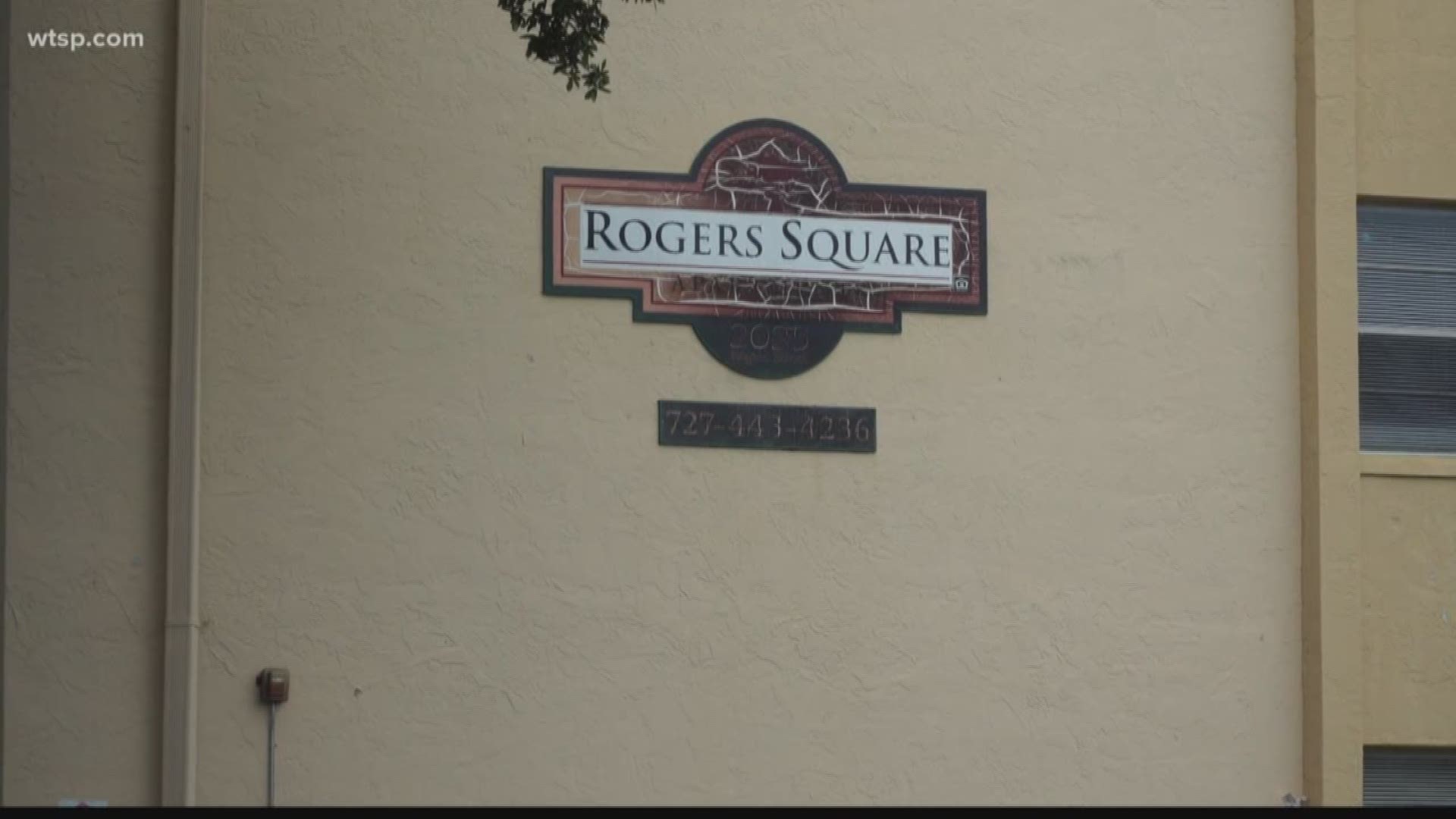 CLEARWATER, Fla. — A Clearwater hotel room is tight quarters for a family of five, especially when there are three children involved.

"I have twin boys and Brianna. Jason is non-verbal, the other repeats a few words and Brianna is a little better than both of them," Androniki Alvarez explained to 10Investigates’ Jennifer Titus.

Two of the boys have autism, so a routine is important for them in their daily lives. Living in a one-room hotel with one bathroom makes it very hard to get on a routine.

On top of the tight quarters, there is also an issue of paying for the hotel room.

But she said their small hotel room is better than where they were living, in a unit inside Rogers Square Apartments in Clearwater.

Alvarez showed us pages of work orders she submitted to the complex reporting a broken AC unit.

Alvarez filled out reporting that the air conditioner inside their unit did not work. She said the complex gave her a box fan, but the problem with the AC unit continued until they moved out.

10Investigates learned two months ago that five families receiving vouchers from Pinellas County Housing were living in the complex. That agency told us they would not be placing any new families there.

But, Alvarez and her family were living in public housing under the jurisdiction of the Clearwater Housing Authority.

10Investigates found 23 failed inspections since 2019. Officials with the Clearwater Housing Authority told us it has been “a challenge" for families living in Rogers Square Apartments.

Clearwater Housing officials tell us most of the issues include AC problems, elevators not working and no access to the pool.

So, why are families on the Housing Choice Voucher Program still being allowed to move into Rogers Square Apartments?

The Clearwater Housing Authority sent us this statement:

"There are fewer and fewer property owners in our area who choose to participate in the HCV program. It serves all of our purposes to make this work and that is what CHA is working towards."

Alvarez said she has applied to live at another complex that is on Clearwater Housing Agency's list.

For now, she and her family will make their temporary housing work and hold out hope for a more permanent situation.

Alvarez hopes the problems her family faced at Rogers Square are fixed for the next family that may call her old apartment home.

"I would like to see the building demolished and build nice places for people to live in," she said.

We left voicemails with the corporate office of Rogers Square but have yet to receive any response.

We were also told by Clearwater Housing they are withholding rent on four of the apartments which have ongoing issues with repairs not being made.

There are fewer and fewer property owners in our area who choose to participate in the HCV program. When property owners lack other market rate customers, they generally will seek us out, but in this current market, that is not the case. The risk of losing an affordable property with almost 30 HCV households is not a viable option at this juncture.

It has been a challenge. The owner has been improving and making needed repairs to comply with Housing Quality Standards (HQS). In some cases, we have withheld payment and have had the tenant move out and in other instances, repairs have been made to the satisfaction of the resident and CHA.

Recently, we have found the three primary issues have been AC and elevator repairs and no access to the pool. Residents, to date, reported the pool reopened and the elevators working now, and AC repairs are ongoing. Of those residents that have communicated with us, the general consensus is that there has been improvement, and many indicated they are content with their choice of housing location. None of the residents we recently spoke with indicated they wanted to move out of the property.

It serves all of our purposes to make this work and that is what CHA is working.

Do you have a consumer concern? Want us to look into something for you? If you do, you need to Turn to 10!