The whole incident happened within minutes: A dresser tipped over and fell on 2-year-old Conner DeLong. 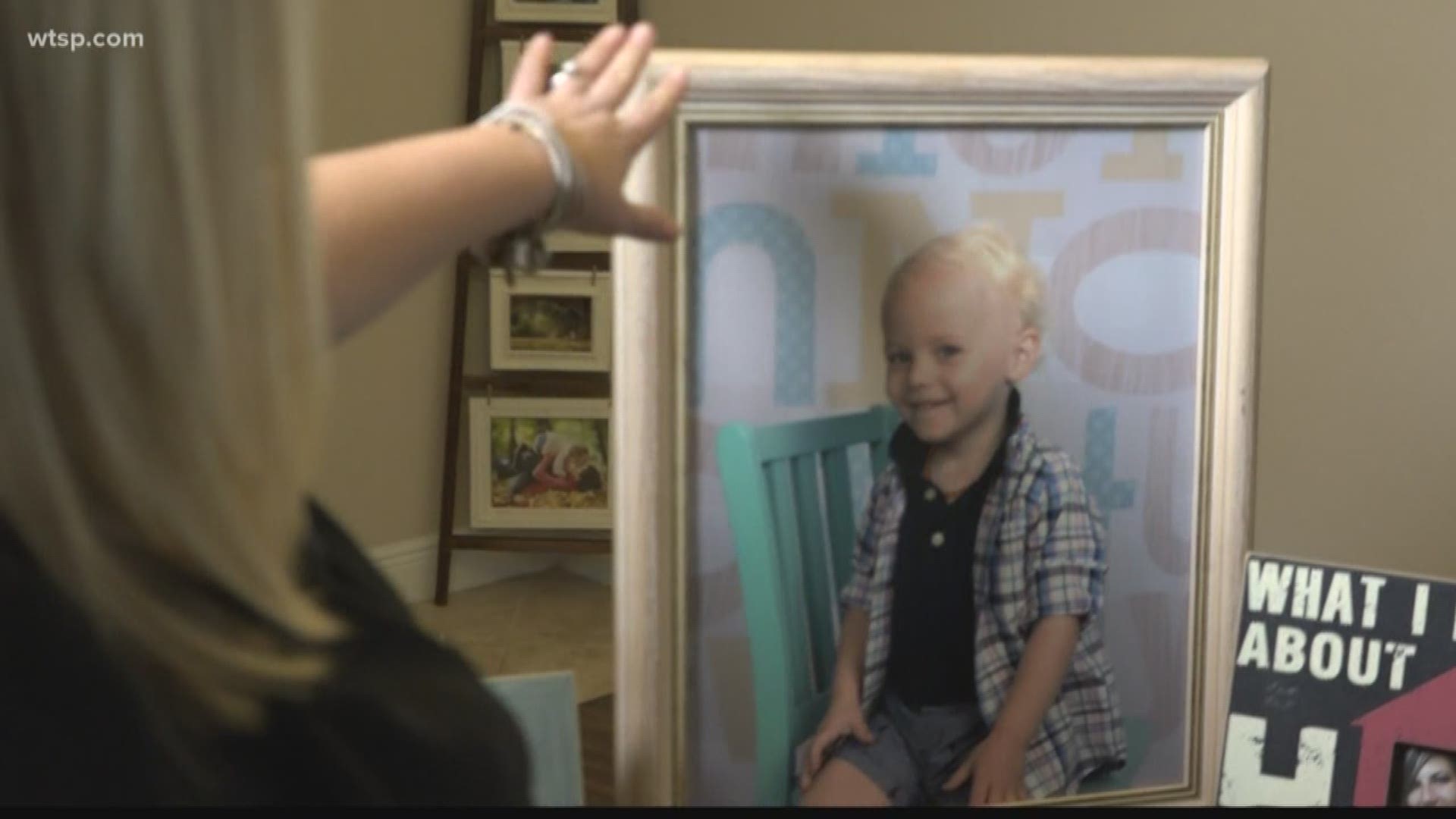 “Conner was my son. Conner was perfection," said ays Meghan DeLong, whose son passed away at their Lakeland home in 2017. "He was two years old when he was in his room. It was Mother's Day morning.

"I heard him playing, walked down the hallway when I opened his door is when I saw that the dresser had tipped over on him and he was unresponsive."

His mom says the whole incident happened within minutes.

"It had just happened. But he was unresponsive,” DeLong said.

Every 17 minutes, according to the Consumer Product and Safety Commission, a child is injured from a piece of furniture tipping over. Every 14 days, a child is killed.

"Mother's Day is a day I do not like to celebrate. Because it's a day that changed my life,” DeLong said.

When it comes to the furniture you buy at a store, there is no mandatory safety standard.

There are voluntary standards which says a piece of furniture must not tip over at 50 pounds or less.

The dresser that fell on Conner met those voluntary standards.

“He wasn't even 30 pounds and it still tipped over. They are testing top drawer," DeLong said. "Let's be honest, children aren't using one drawer. We need to be using dynamic testing for these real-life situations.

"If we aren't testing in that way, then we are doing a disservice to our children."

It's why DeLong and other mothers with the same tragic loss are pushing for mandatory standards with stricter testing, including testing on carpet, and they want the weight minimum raised to 60 pounds.

“This is something if I can spare somebody else from having to have this engrained in your memory, in somebody's life, this being what you see every time you close your eyes, then I will continue to push for change,” DeLong said.

While DeLong fights to push for stricter standards, she has started a non-profit in Conner's name, the Conner Legacy Foundation, that will promote education and awareness and also provide anchor kits for foster families and families who adopt through the Department of Children and Families.