Florida leaders will not release names of infected facilities. 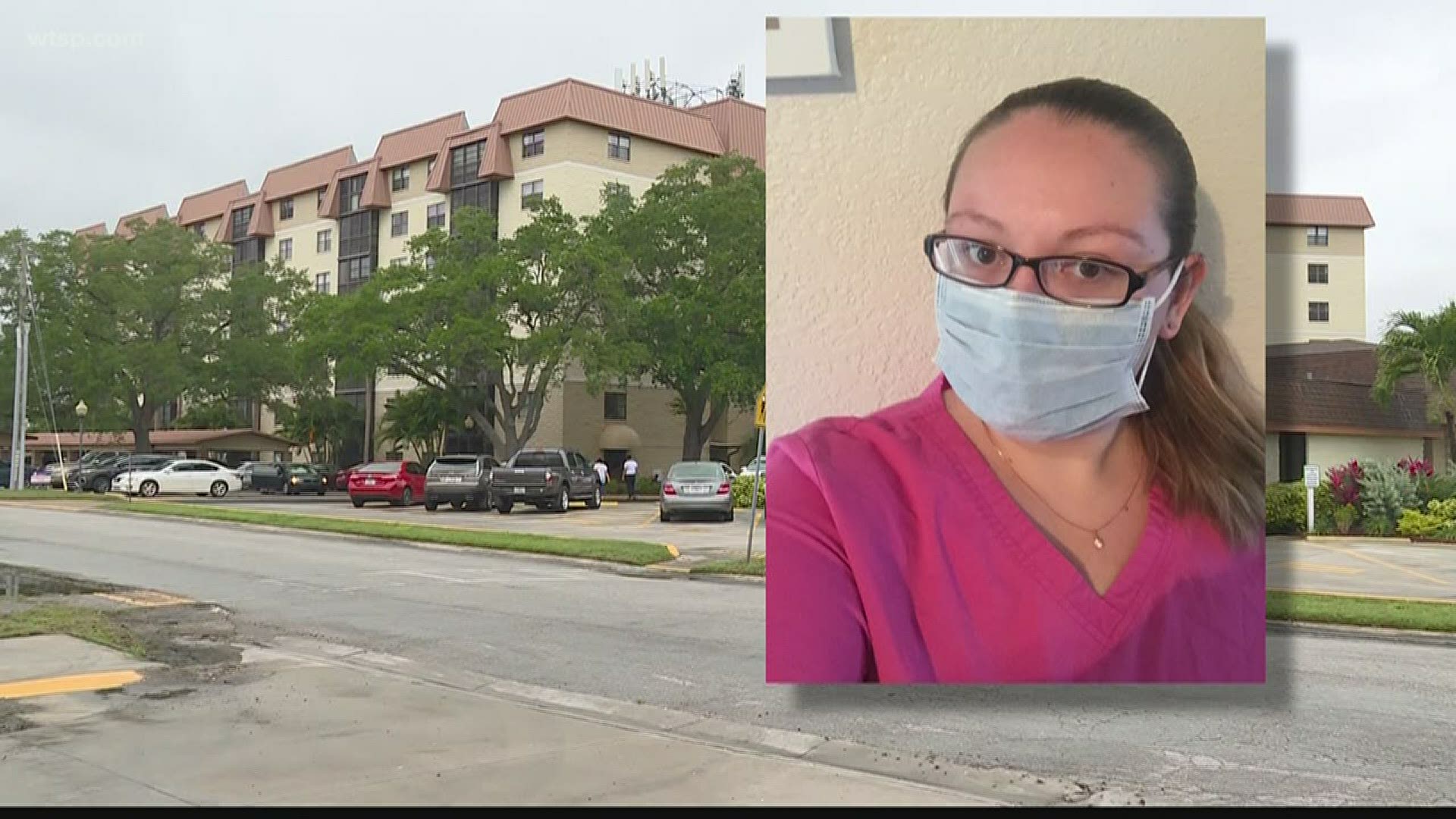 For the past couple of weeks 10Investigates has been tracking the number of coronavirus cases in Florida’s long-term care facilities.

Today, more grim news after 10Investigates confirms an outbreak at Freedom Square Nursing Home in Seminole where there are 27 positive cases.

“It was actually my first time there,” Leiana Cavender told 10Investigates Jennifer Titus.

Cavender is a CNA.

On April 4, she treated a patient at Freedom Square Nursing Home.

A few days later she started feeling sick, then came a call from her employer.

“They were called from the Department of Health, notifying them that there have been positive cases there. So, when she told me that I was like, oh my gosh, you know, complete paranoia at that moment, is this a cold, is it allergies, is it COVID?”

Cavender was tested for coronavirus on April 15.

“They said I'll know within a week what is going on and that I need to still self-isolate as much as possible until the 26th of this month.”

For Caverder, a mother of three young children, she says those results can’t come fast enough.

10Investigates has confirmed there have been 27 positive cases from the nursing home. A doctor with the Department of Health spoke about it at a meeting with Pinellas County leaders April 16.

“Of those 513 cases in the county, 113 cases are staff or residents in long term facilities,” said the spokesperson.

So, which facilities have cases? We don’t know that. The state and Gov. Ron DeSantis won’t release that information.

But we can tell you since between April 13 and April 16, the numbers have doubled in Pinellas County alone.

In the state there are 1,332 confirmed cases.

“The numbers just keep piling up. We know the number of affections but don’t know what facilities,” Brian Lee told Titus.

Lee is the Executive Director of Families for Better Care, a group that advocates for those living in nursing home facilities. He says it’s time for the government to be transparent.

10Investigates has learned one nursing home corporation, Pruitt Health, made the decision to release the information about the facilities they own.

“So the argument that’s being made that privacy laws are preventing state and providers from being transparent with folks this is a real game changer,” said Lee.

Leiana says if it wasn’t for her independent employer calling her, she wouldn’t have known what was going on at Freedom Square Nursing Home. She says that’s not right.

10Investigates spoke to family members of residents at the Seminole facility off camera.

They are very shaken up about this new information. One family sent us a letter they received from the facility earlier in the week stating there were 10 positive cases, not dozens.

Several lawmakers continue to speak out, calling DeSantis to disclose the names of those facilities. We also keep asking for that list and will continue to push for that information.

Freedom Square of Seminole says a total of 38 residents have been transferred to local hospitals of which 21 are positive. The remainder are negative or pending.

Professional cleaners are disinfecting the facility and all staff and residents are being tested.

You can read their full statement here.