10 Investigates asks why stop this and not other apps for young kids? 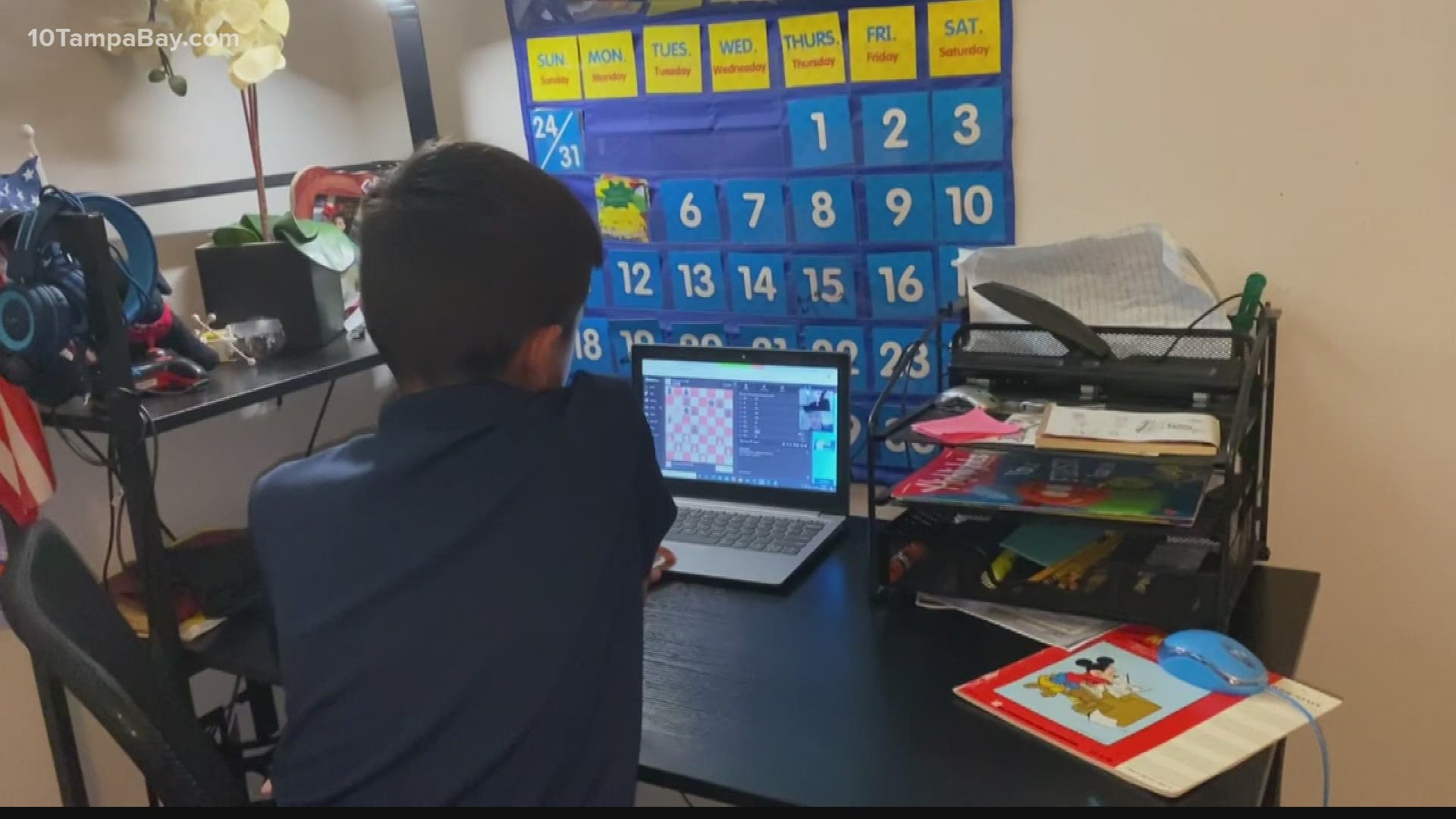 Mollie Suarez has three kids. Her youngest, Hunter, is 11.

“I have a phone and I have Instagram,” he said.

She signed him up. He also has TikTok, Snapchat and Discord.

“I normally just post fishing and then sometimes when I'm bored, I just scroll around and see what my friends are doing on it,” he said.

She didn’t make the decision lightly and she monitors what he’s doing and who he is talking to on Instagram and other social media apps, too.

“I also think that it's inevitable that the child will eventually be in this world. And so equipping them now, early, with the right concepts about it, tools, and just conversations about it, I think, is helpful,” she said.

On the flipside is mom Carrie Singh. She has two boys and lets them use a chess gaming app with privacy controls in place.

Would she let them use social media apps tailored to children?
“No way. No thanks. Not in the house,” she said.

“What you see on Instagram and Facebook isn't real. Everyone's giving the highlights of their, you know, life and these filtered pictures and you know, ‘I'm living the best life’ and these kids just don't understand that that's not real life.”

That’s part of the reason the Campaign for a Commercial-Free Childhood says social media is harmful to children. The group is currently campaigning to stop Facebook from creating an "Instagram-for-kids platform."

“When you're seven and eight years old, you're just learning how to have relationships and friendships, and of course, your time reading and, and playing creatively. Those things are vital to your development,” said David Monahan.

Facebook wrote to lawmakers in April to address their questions.

The company wrote, “We are still in the very early stages of thinking about developing this Instagram experience, but safety will be the foundation of it.”

They also said the “impact of media technologies on children and teens is not just a Facebook issue.”

Monahan says they haven’t the biggest footprint on the market.

“Facebook is the big guy in town, right? So, are they trying to keep up with TikTok? Perhaps. Whatever it is, Facebook has the ability with this super popular platform of Instagram to really try to lure kids to develop a habit at a really young age,” he said.

Representative Kathy Castor is among lawmakers calling on the company not to move forward with another platform for children.

“I think everyone knows, every parent knows that children are online. They’re on Instagram already. And Instagram, knows this, too. Instagram, Facebook, YouTube, they know this, too. The problem is, they also know about the growing body of research on the detrimental impacts, especially young children being online,” she said.

So why call on Facebook not to create something where children already are?

“Their incentive is advertising and the bottom line, they want people on those online platforms as frequently and as consistently as possible. And it's just not appropriate for children who do not have the same tools, behavioral development, to be able to turn it off, go outside,” Castor said.

“So parents have a lot of responsibility here. But really, we've got to put some safeguards into the law to protect our kids, especially our very young kids from these manipulative tactics by online platforms, no matter who they are.”

Castor also says tech companies have violated a law to protect the information of children younger than 13, been fined and look at the “cost of doing business.”

The Federal Trade Commission has fined tech platforms like TikTok and Google for violating the Children’s Online Privacy Protection Act.

The COPPA rule is meant to protect the personal information of kids under 13 by requiring the following: