"Getting it out as soon as possible, being transparent means there’s nothing to hide," Agriculture Commissioner Nikki Fried said. 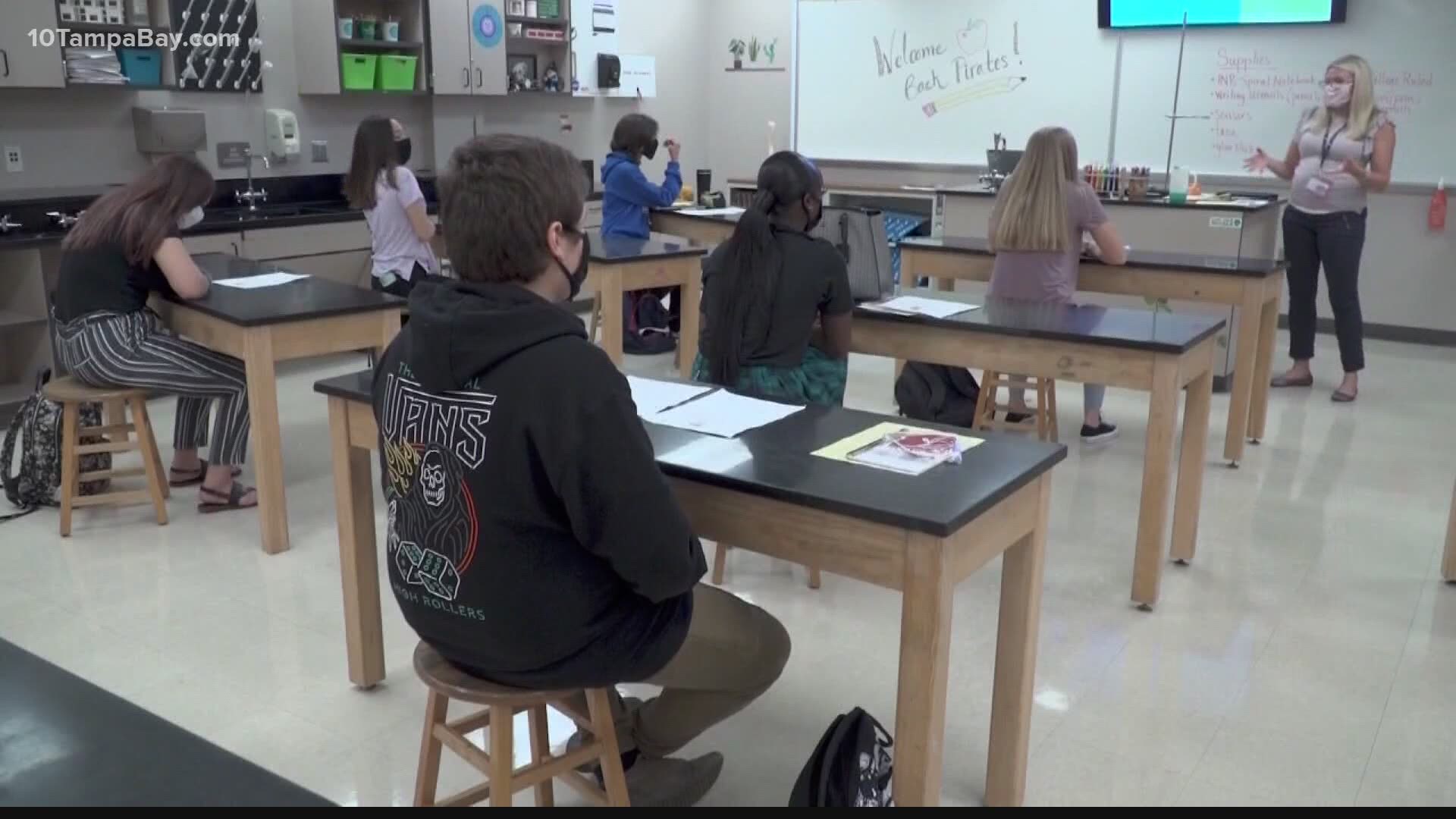 TAMPA, Fla — School is back in session for all districts in Florida.

While some districts have created their own COVID-19 tracking dashboards for educators and families, we still don't know what the overall picture looks like statewide.

The Florida Department of Health last week released a report that showed thousands of coronavirus cases in schools and universities. But, the report was taken down a day later and the state said the information was released by mistake.

The DOH said it needed to clean it up before releasing it to the public.

A week after the report was mistakenly released, Gov. Ron DeSantis spoke about it again and is now calling for it to include what he says is a critical piece of information.

"I'm asking to have symptomatic and asymptomatic cases labeled," the governor said.

“How many of those people were ill. How many of them were symptomatic? That needs to be in there," DeSantis said in a Monday morning news conference.

The state health department and the governor are being pushed for answers and now other state leaders and lawmakers say its time to publish the data on COVID-19 in schools.

While some parents have received phone calls or emails telling them about a COVID-19 case connected to their child’s school, some lawmakers say that information needs to be released statewide.

“As soon as possible. I mean once we get the data. What are we hiding here? This is talking about our healthcare system. We are all in the same boat together,” Commissioner of Agriculture and Consumer Services Nikki Fried said.

“It doesn’t impact Republicans different than Democrats. It doesn’t mean children are immune from it either. Getting it out as soon as possible, being transparent means there’s nothing to hide," Fried said.

The health department said it is in the process of finalizing the report.

10 Investigates asked the Department of Health when exactly that data will be released. The agency said in the coming days or weeks.

Even though the data hasn't been finalized by the Department of Health, we did get a glimpse into the current state of things when that report was released last week.

In the two weeks leading up to that report being released:

The state will also release the same type of data in childcare centers and state colleges. When that information is published, you can find it here.