Hillsborough Area Regional Transit used your tax dollars to pay its former leader to leave while she was still under investigation over a whistleblower complaint. 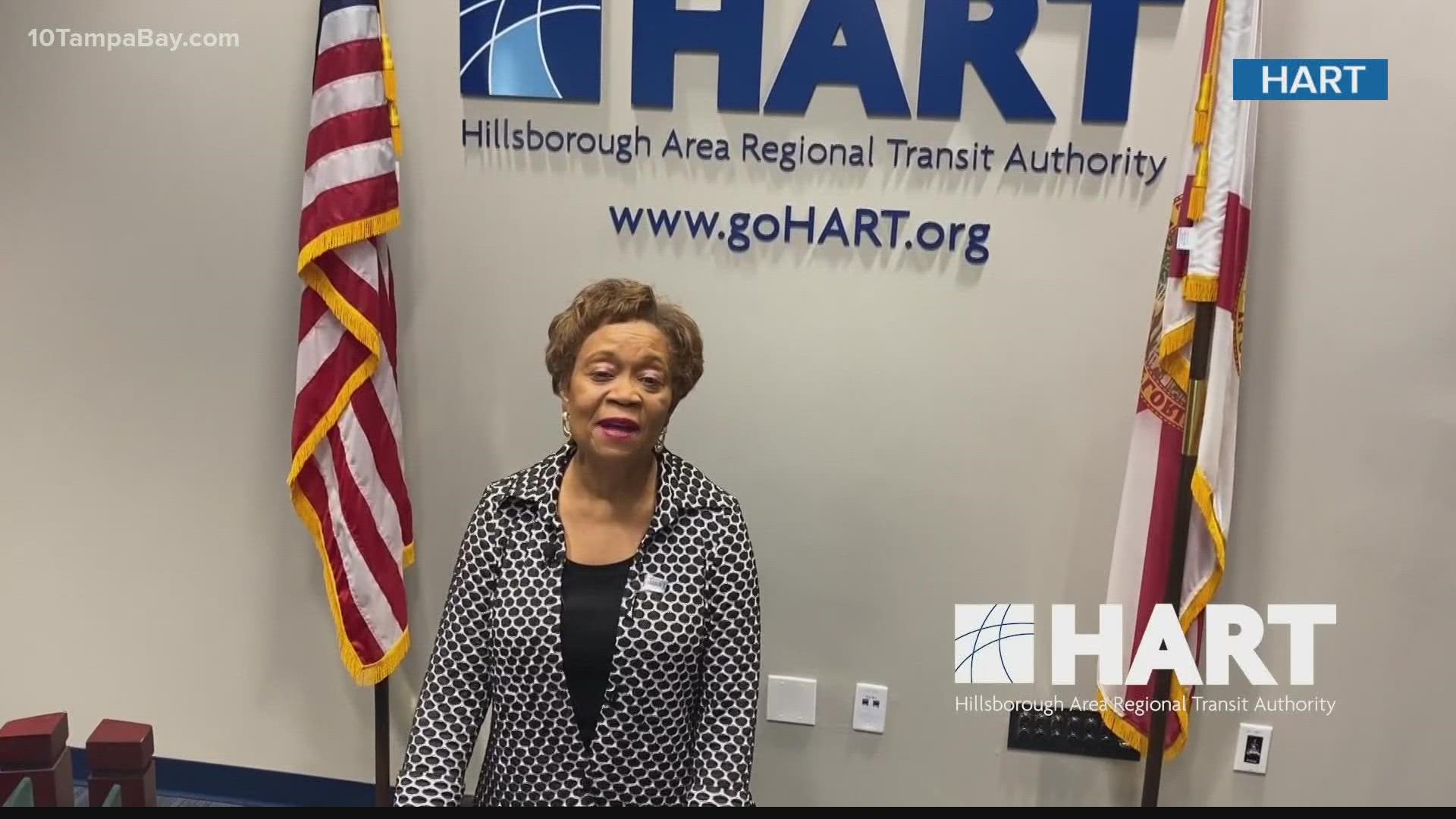 The Tampa area’s biggest transit system used your tax dollars to pay its former leader to leave while she was still under investigation over a whistleblower complaint.

That investigation into the complaint accusing former Hillsborough Area Regional Transit Authority Interim CEO Carolyn House Stewart of “abuse, hostile, humiliating and bullying behaviors” has been going on for a year.

The results of the ethics investigation still have not been made public.

That’s when it suspended its CEO at the time, Ben Limmer, after a whistleblower complaint.

Stewart was HART’s Director of Risk and Legal Services.

On Aug. 3, 2020, HART’s General Counsel David Smith told the Board a whistleblower made an ethics complaint about her.

“The allegations are that there’s been an abusive, hostile, humiliating, bullying, and related behaviors evidenced by the interim CEO,” said Smith during the HART Board meeting.

Smith said at the time he wanted the investigation wrapped up quickly.

“We do not want such as this to hang out pending for too long a period of time,” he told the Board.

But “hang out pending” is exactly what the investigation did.

“By now, the point of it is largely moot,” said HART Board Chair Mariella Smith during a March 1 Board meeting.

By that meeting, Stewart had already stepped down from the driver’s seat, another interim CEO had come and gone, and HART had hired a new CEO, Adelee Le Grand.

“At this point, the investigation has gone on long enough and it’s time to wrap it up. So, unless, anybody has any objections, we’ll be asking the investigating attorney to provide a final report on her findings, to date, to the new CEO and to provide the staff with a final invoice,” said Mariella Smith during the March 1 Board meeting.

But despite getting paid, that law firm still hasn’t released a final report on the investigation, one year after it began.

Compare that to the CEO Stewart replaced, Ben Limmer.

An outside law firm wrapped up his ethics investigation in three months and the Board fired him.

While the investigation into Stewart dragged on, HART paid $99,999.75 for her to resign – between a settlement, severance, vacation payout and attorney’s fees.

Those were the terms of her settlement agreement after she filed complaints that she was “subjected to unlawful discrimination and retaliation.”

10 Investigates requested interviews with HART’s CEO, board chair, and multiple board members on that topic, but no one responded.

So, 10 Investigates reporter Jenna Bourne registered to call into public comment during HART’s Aug. 2 Board meeting.

“As a board that says they value transparency, my questions are: Is the investigation still active? Was it halted to keep the results secret? Who knows what the investigators found? And why was Carolyn House Stewart paid to leave?” asked Bourne.

“Board members, this remains an active investigation and, pursuant to public records law, we are not obligated to provide those documents until that investigation has concluded. The other comments, I would prefer not to make in a public forum,” responded HART General Counsel Julia Mandell.

Hours later, we got an email from HART General Counsel David Smith saying, in part, “The delivery date keeps getting pushed back. Apparently different people want to be heard.”

David Smith also wrote that HART was “promised delivery at different times, which ‘deadlines’ have come and gone without a report…Sorry you have not gotten this sooner. We are as frustrated as you are.”

10 Investigates has been reaching out to the investigating law firm Latham, Luna, Eden & Beaudine, LLP for weeks.

The investigating attorney, Dotty Green, turned down our interview request.

10 Investigates called Carolyn House Stewart, mailed her a letter, and called her attorney asking for her to share her side of the story. We have not heard back.

David Smith told us HART is now expecting the final report on the investigation by mid-August.

We’ll update you when it comes out.