'This is something that we have to make sure we get right:' MacDill AFB commander talks mold problems 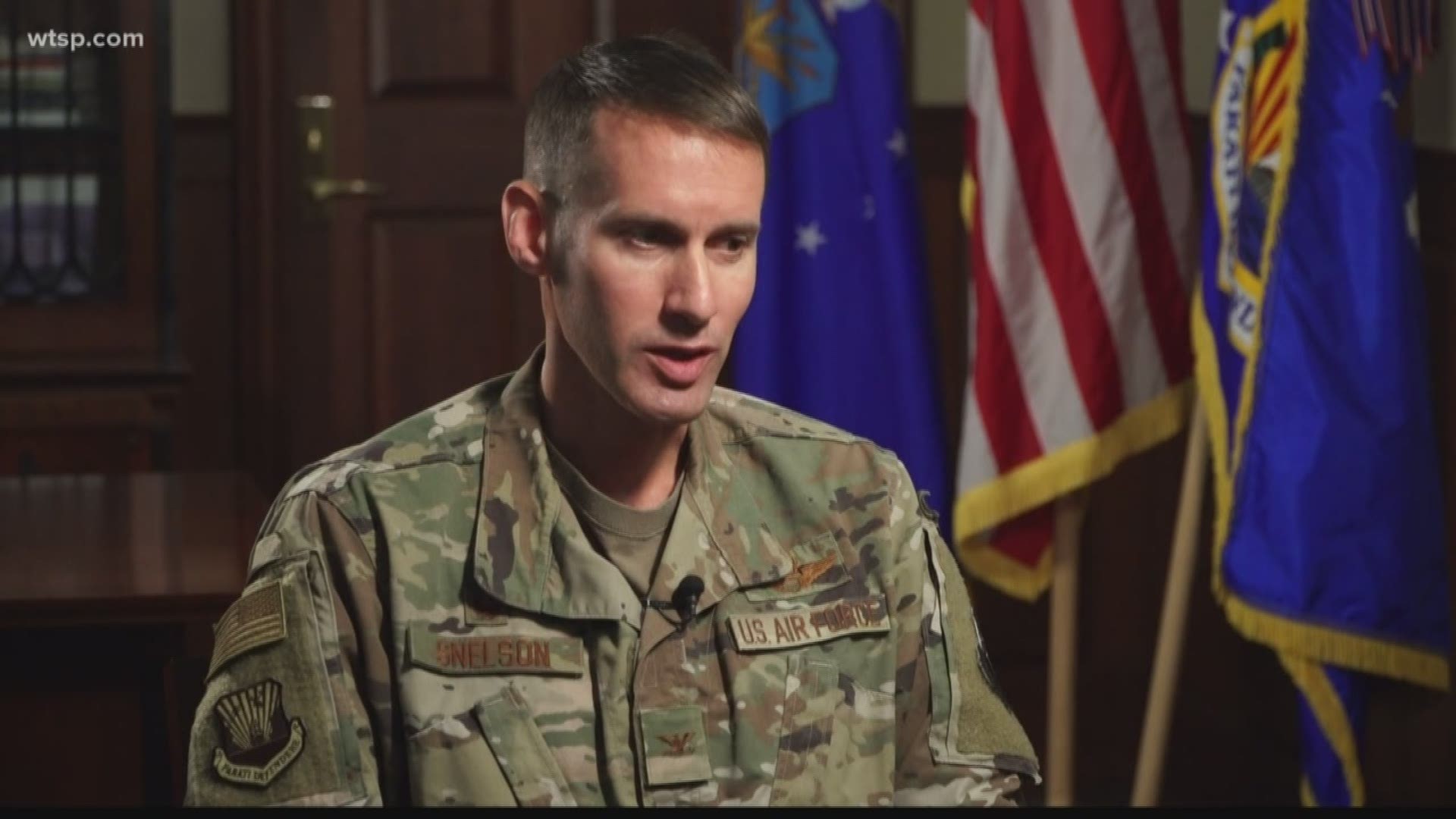 In February of 2019, families came forward to report issues with mold and other health concerns. They were not alone. The Air Force and other service branches have recognized and continue to investigate problems on other military installations.

In early November, 10Investigates reported on mold in military housing on MacDill and links to issues with construction quality and leaks. Following that investigation, Colonel Snelson spoke one-on-one with 10Investigates' Courtney Robinson. He wanted to send a clear message to families that he has their back and wants families to come forward when maintenance issues are not immediately addressed.

He says this is personal.

“Whenever a family comes forward and they have an issue it's not a nameless, faceless person. It's a neighbor. My kids play at their houses, they have sleepovers, so this isn't just business. This is personal for me and so I don't care which commander is here in this seat, whoever carries the mantle after me, this is something that we have to make sure we get right," said Col. Snelson.

The commander explained some of the initiatives he’s implemented on behalf of the Air Force at MacDill to help families.

He’s docked quarterly bonuses for the private housing management company, he’s created more lines of communication for residents, under his leadership the Air Force has hired and employs a government housing advocate, they’ve hosted numerous town halls on mold and housing, and they’ve brought in an expert from the Environmental Protection Agency to talk with families.

Even with those things in place, military families have reached out to 10Investigates to say problems persist. They say there is still mold. They say they are still battling Harbor Bay maintenance and the private management company.

“What I've really been focused on is making sure that the privatized housing company, that when an issue comes up that they're fixing it. And if they're not fixing it, that that resident knows who to turn to, to get help and how do they get that problem fixed if it's not getting addressed. It is the role of Harbor Bay to maintain homes and when work orders are submitted to do those work orders correctly the first time," he said.

Colonel Snelson says families dealing with leaks, moisture or other water problems can call a 24-hour hotline. Harbor Bay maintenance is supposed to respond within one hour to any report of water, no matter the time of day. That number is 813-840-2000.

Snelson says he has not seen this issue impact force readiness within the 6th Air Refueling Wing but could not speak to other military service members who are stationed at MacDill AFB.

Col. Snelson says he will not be truly satisfied until “every family feels comfortable, confident and that their concerns are addressed."

In the days after 10Investigates report aired the Air Force Inspection Agency was on MacDill conducting follow-up home inspections and talking with families.

On December 3rd, the secretary of the Air Force and other branches will testify before the Senate Committee on Armed Services regarding the status of military housing nationwide.