Florida has new policy for testing children for COVID-19

A delay in testing results caused a Pasco County family to miss an international flight. 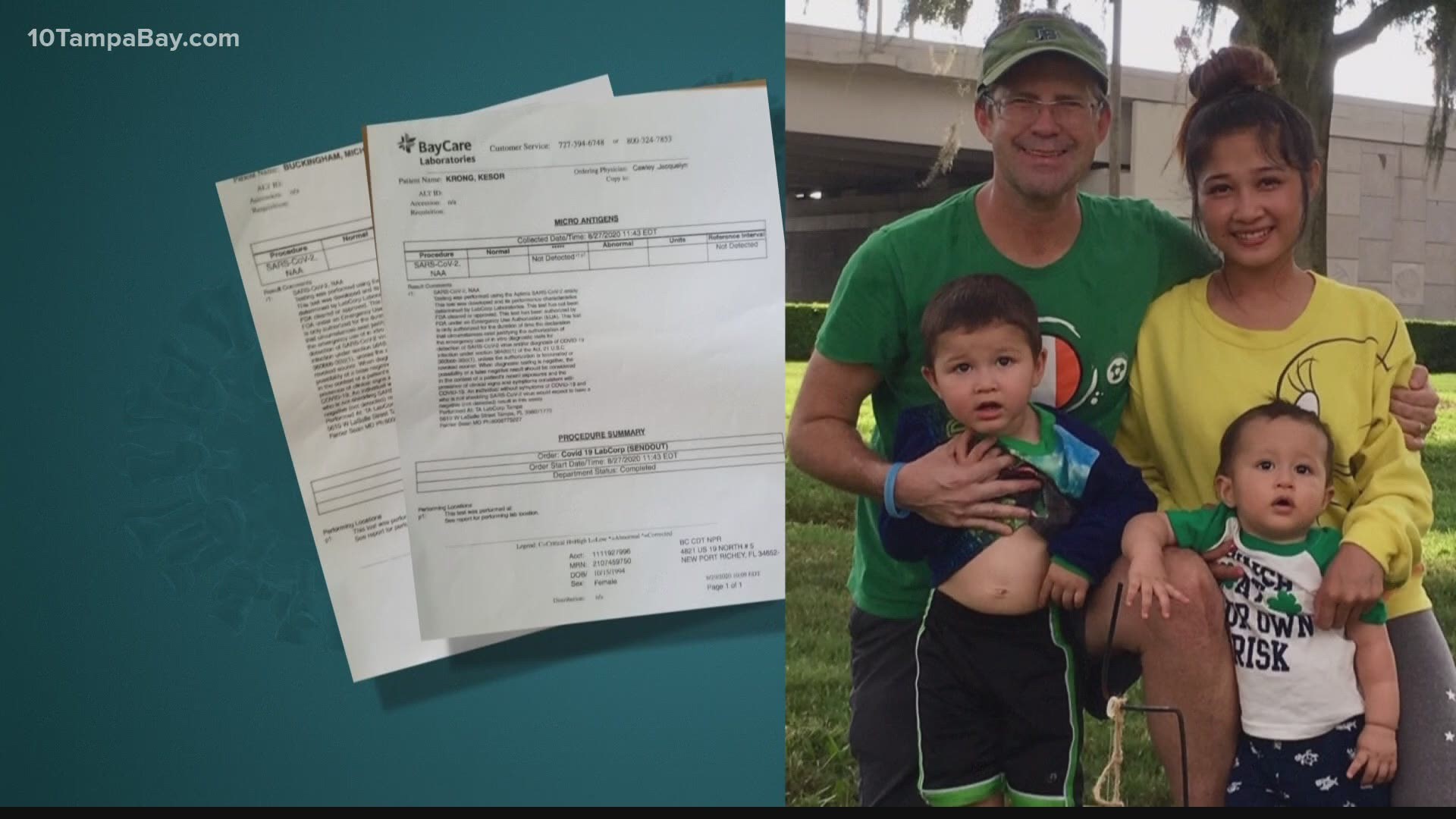 But, one couple says they got their results back fast. It was their children’s tests they had to wait for.

10 Investigates found out about a new policy at some testing sites that may impact children.

“We had to get the whole family tested because we were taking an international trip to Cambodia and they had a 72-hour time frame. So, each one of us, me and my two sons got the nasal test and my wife," Mike Buckingham said.

After his family was swabbed, Buckingham said test results came back within 48 hours for him and his wife.

But, that wasn’t the case for his children.

“They told me that they could not find my son's test results," Buckingham said.

The delay was not only concerning, but caused major problems for the family. The Buckinghams were set to fly internationally and were required to show U.S. Customs agents proof they each had a test within 72 hours of their flight.

“We missed the plane. So we'd have to re-book all because we couldn't get this information within 72 hours," Buckingham said.

So, what happened to the tests?

The Buckinghams went to a community-based testing site in Pasco County.

According to an email from the Department of Health, that site is sending the tests of children under 18 to the Bureau of Public Health Laboratories. This guidance was suggested to ensure any potential school outbreaks were addressed as quickly as possible.

The site the family went to is run by BayCare. They said this is a new policy that went into effect on Aug. 24. They also said a form is being given out at the Gulf View Square mall testing site, where the Buckinghams were tested. 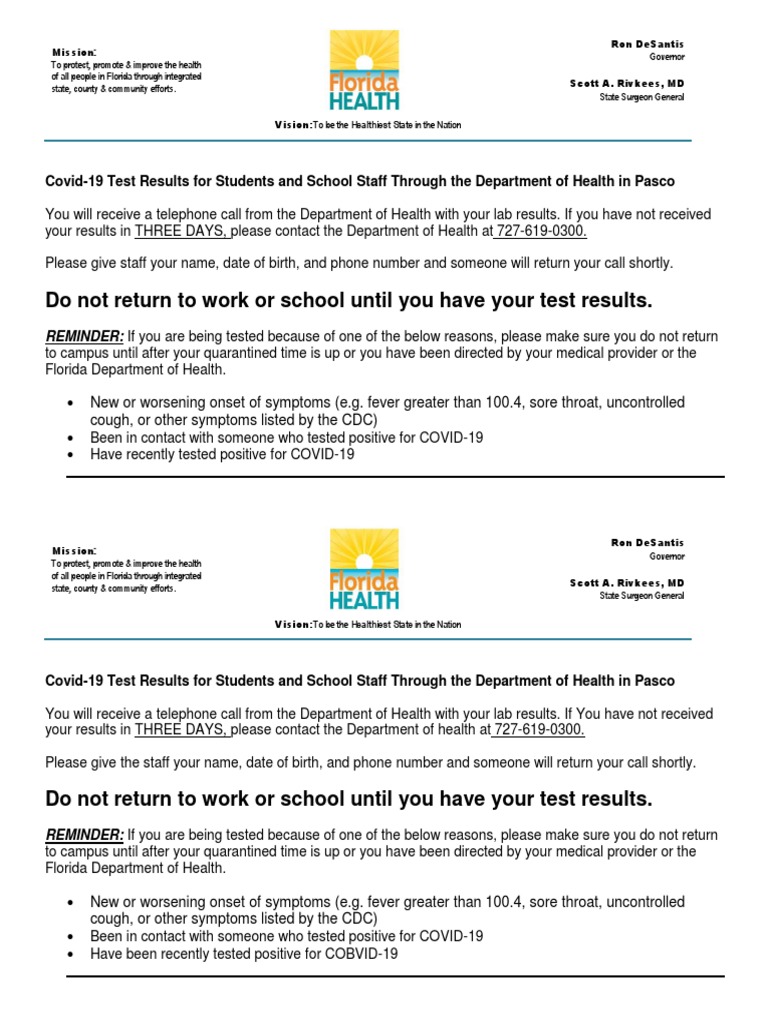 DOH Test Results Info FINAL | Public Health | Clinical Medicine
Mission: Governor To protect, promote & improve the health of all people in Florida through integrated state, county & community efforts. Scott A. Rivkees, MD State Surgeon General Covid-19 Test Results for Students and School Staff Through the Department of Health in Pasco You will receive a telephone call from the Department of Health with your lab results.

Buckingham says he never received it.

10 Investigates asked the DOH if this is being done everywhere. They emailed us this response:

"If a child was tested at the school or tested at a County Health Department, the Department would ask the parent if the child has returned to in-person learning.

If a child was tested at a community-based testing site, the Department would not be made aware of a connection to a specific school. The Department typically learns of an association to a school district during the contact tracing process."

The Buckinghams were tested at a community-based site. A spokesperson for the DOH said it really depends on where you get tested as to whether or not parents are asked these questions.

“We thought it'd be done within, you know, 48 hours. So, again, for it to take that long. Wait until Monday to get those results. My, you know, it concerns me," Buckingham said.

Buckingham says his children are only 2 and 3 years old, not school age. The DOH said that doesn’t matter because they could be in daycare. They believe having their public lab process children’s test results will help them keep track of school cases.

So, where are the state-run sites? According to the DOH, in our 10 Tampa Bay counties:

You can see a list of state-run sites for the entire state here.