TAMPA BAY, Fla. -- Florida’s 2018 red light camera report appears to be the state’s most comprehensive ever, with analysis and suggestions that have been desperately lacking in most of the annual reports since the state authorized the ticket-writing technology in 2010.

This year’s report, released Thursday by the Department of Highway Safety and Motor Vehicles (DHSMV), indicated crashes at red light camera intersections that local municipalities have been able to track have increased by about 15 percent since the technology was installed, mirroring the same 15 percent increase in miles driven by vehicles on Florida roads.

The report suggests the number of minor crashes at camera intersections is likely to rise after the technology’s installation, while serious injuries might decline.

However, it’s not clear if the decline in crashes is related to the cameras; following 10Investigates’ 2013 series on red light camera abuses, the state mandated a two-second “all-red” interval at all state intersections to add an additional layer of safety in case drivers misjudge a yellow light interval.

The annual report also documented the continued decline in red light camera use across the state. As of July 1, 2018, only 508 cameras remained in use, down from 629 cameras a year earlier. On July 1, 2014, when budgets across the state were tighter and there was more of a need for revenue, there were 965 cameras in use, according to DHSMV reports.

The DHSMV recommended statewide standards for right turn on red (RTOR) tickets, which have been a source of controversy and quick funding in some communities. In 2013, 10Investigates showed how cities and counties were raking in millions by targeting safe drivers who performed safe “rolling right” turns.

The report also suggested a continued focus on other countermeasures to reduce traffic accidents, including signage, lighting and street engineering that can all help improve safety without issuing automated tickets.

Nearly half of Tampa Bay communities that had red light cameras in 2014 have suspended or ended their programs, including St. Petersburg, South Pasadena, Kenneth City, Brooksville, Temple Terrace, and Bradenton.

Cities such as Tampa, Sarasota and Lakeland continue to operate the largest programs on Florida’s West Coast. 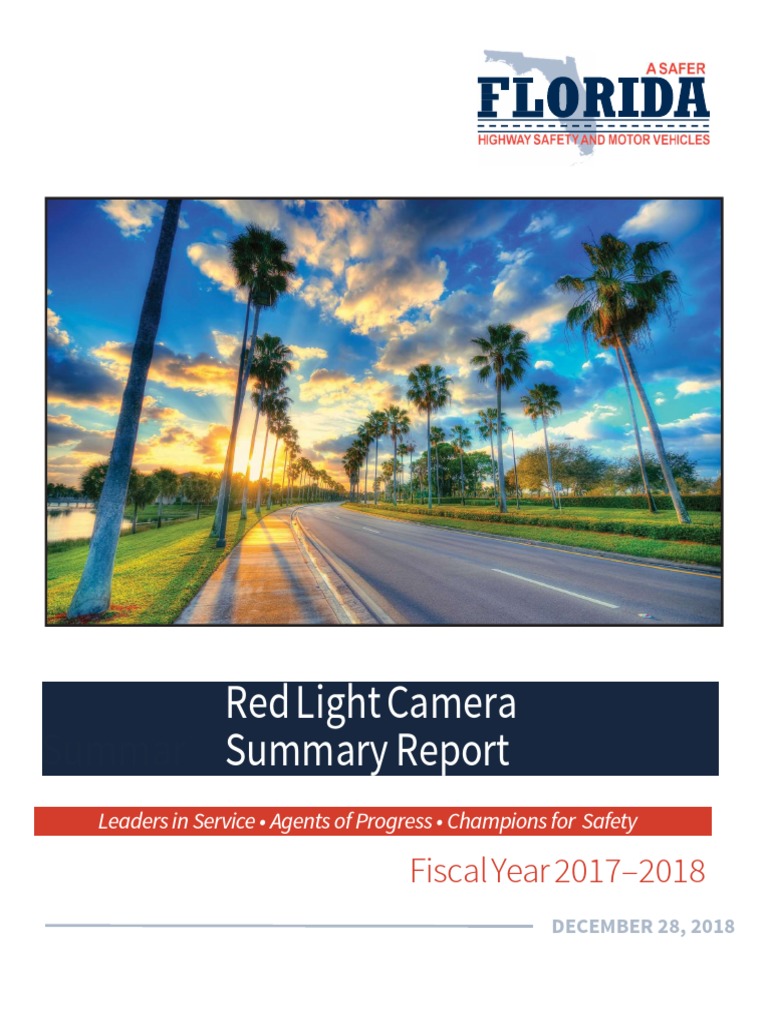