Homeowners are signing away their rights. Local governments are cashing in.

10 Investigates revealed 18 local governments around Tampa Bay are making some homeowners sign off on nonconversion agreements. 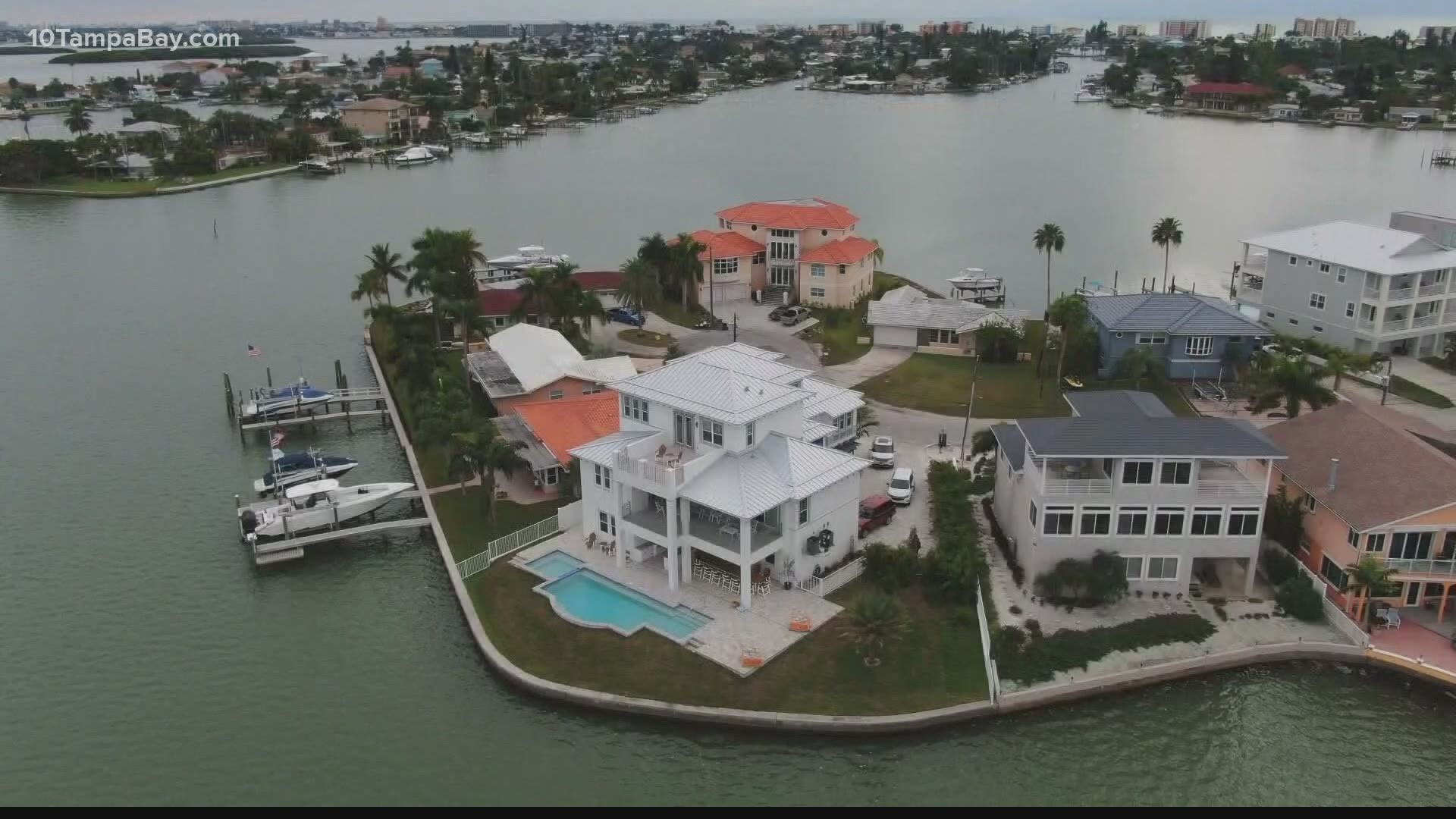 Cliff Smith was willing to risk building his dream home in a flood zone if it meant he could see dolphins and manatees while sipping his morning coffee.

“Being on the water is calming and soothing,” said Smith, who finished construction on his waterfront home in Madeira Beach last year.

But right before move-in, something unexpected happened.

“All of the sudden, the city says, ‘You have to sign this, or you can’t move into your house tomorrow,’” Smith said.

The city of Madeira Beach told him he had to sign what’s called a nonconversion agreement.

The agreement says city inspectors have the right to enter his property as long as they give 48 hours’ notice.

Smith said 48 hours isn’t good enough; his business can take him out of the country for weeks at a time.

“They can search the entire house if they want to? Law enforcement can’t do that. Basically, they took my constitutional rights away, and I don’t think it’s fair. And I don’t think that there’s a lot of people that realize what they’re signing. Because you’re literally held hostage until you sign that piece of paper,” said Smith.

That’s about one in three local governments in Tampa Bay.

Nonconversion agreements are written contracts saying the homeowners won’t convert their homes in ways that could be dangerous during a flood – like if Smith converted his first-story garage into another bedroom.

Most of those agreements include allowing city or county inspectors onto the property annually or with advance notice.

Most of the homeowners required to sign nonconversion agreements in Tampa Bay are in flood zones, and most are building new construction or renovating.

“It’s a life safety issue, obviously. We don’t want people trapped in areas where they can’t get out,” said Portal.

“It does prevent them from making them, legally. But we do have people that will kind of ‘weekend warrior’ their house and go in and make improvements,” said Portal.

“Well, we don’t usually go knocking on doors just to check on people without some concern that there’s a violation of code,” said Portal.

How local governments can cash in 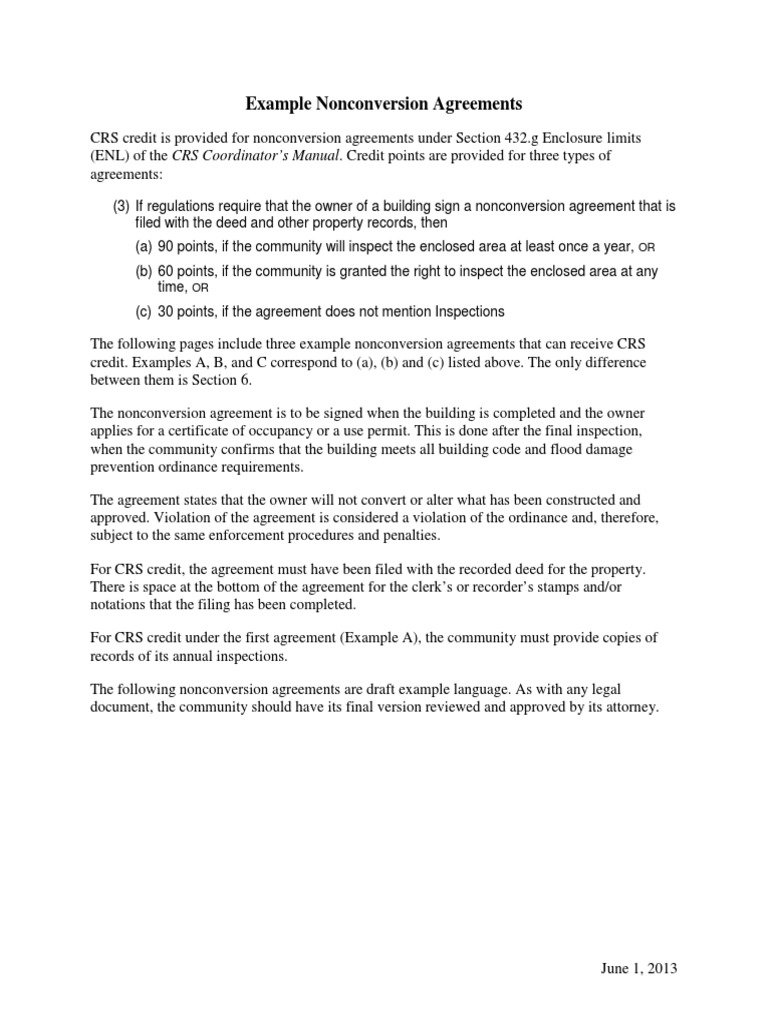 When a city or county has a good overall CRS score, it saves homeowners money by reducing their flood insurance rates.

Pinellas County’s government saves more than $14,000 a year on flood insurance because of its CRS rating.

The money doesn’t stop there.

Participating in the CRS program increases local governments’ chances of getting several FEMA grants – competitive grants that can be worth millions.

OK, but which local governments in Tampa Bay do this?

10 Investigates couldn’t find any database identifying which local governments in Tampa Bay require nonconversion agreements, so we made our own.

If you're having trouble seeing your city below, click here and download the database into an Excel spreadsheet, where you can review in-depth for yourself. 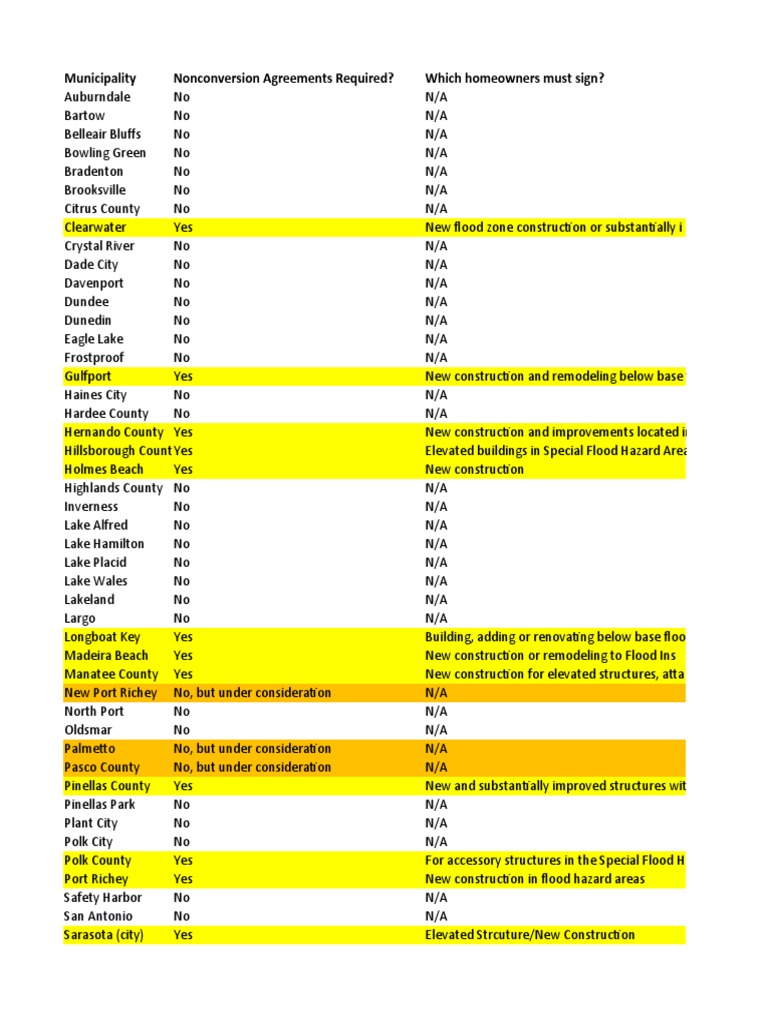 We found at least 18 Tampa Bay counties and cities require some homeowners to sign nonconversion agreements.

Portal said Madeira Beach has not invoked a nonconversion agreement to inspect a home since it started requiring the agreements in 2017 for new construction and remodels in flood zones. 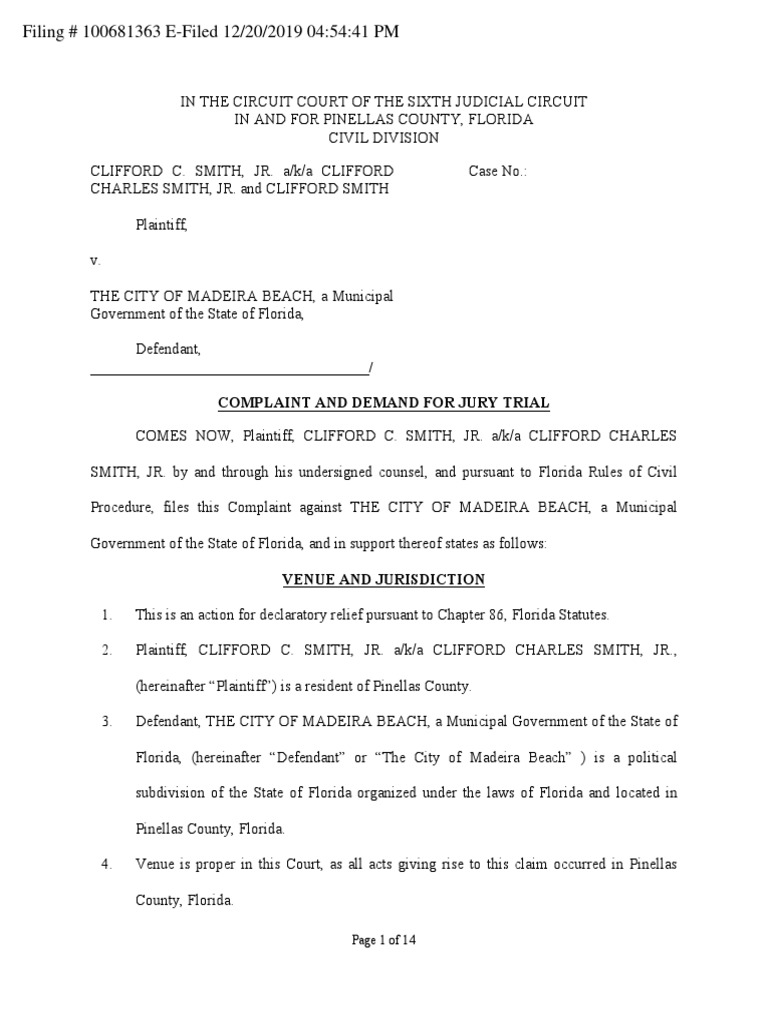 Clifford Smith Lawsuit | Fourteenth Amendment To The United States Constitution | Declaratory Judgment
IN AND FOR PINELLAS COUNTY, FLORIDA CIVIL DIVISION CHARLES SMITH, JR. and CLIFFORD SMITH Plaintiff, v. Government of the State of Florida, SMITH, JR. by and through his undersigned counsel, and pursuant to Florida Rules of Civil Procedure, files this Complaint against THE CITY OF MADEIRA BEACH, a Municipal 1.

His lawsuit says Madeira Beach is forcing him to surrender property and privacy rights.

“You have a bundle of rights when you own real property. One of those rights is the exclusion of others from your property for any purpose. And when you’re signing this document, you’re giving away a segment of that,” said Smith’s attorney Charles Gallagher. “They’ve given up those rights of due process to check and to vet why there’s a need to make this inspection of the property.”

Smith said, at the end of the day, he just wants his family to enjoy their waterfront view without unwanted visitors from the government showing up at their door.