Nursing home accidentally tells Florida it had 75 workers test positive for COVID-19. There were 0.

The data has been corrected. 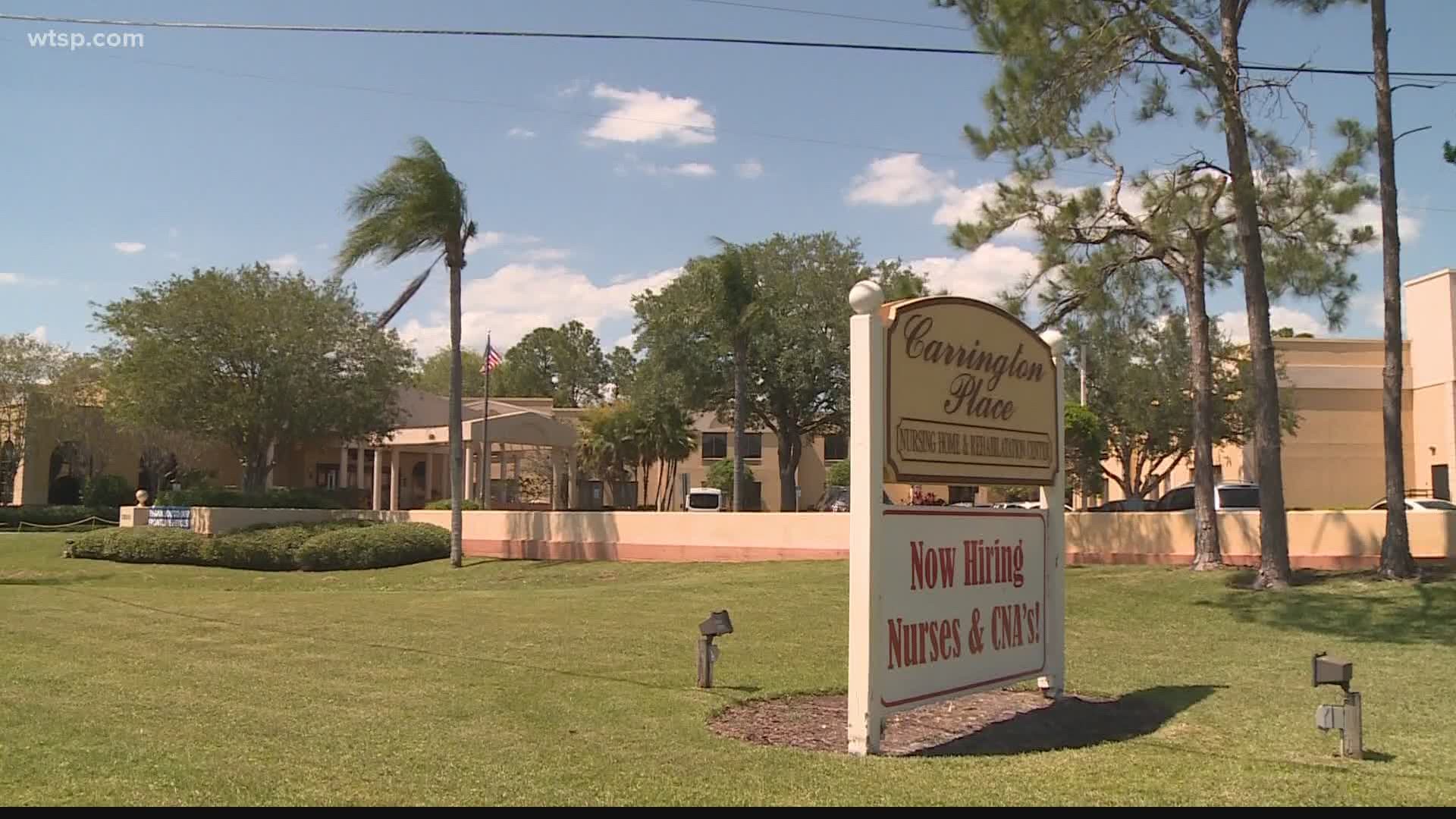 The confusion over conflicting coronavirus testing numbers at a Florida nursing home took yet another turn on Thursday when the facility revealed it was the original source of the wrong information.

On Tuesday afternoon, an official report from the Florida Department of Health showed 75 staff members at Carrington Place of St. Pete had tested positive for COVID-19. But then, the administrator of the nursing home told 10Investigates that number was incorrect and that zero employees had actually tested positive.

But now, we're learning the reason why the state's number was off. Apparently, Carrington Place accidentally told the state that 75 workers who tested negative were positive.

"This was not a State error rather a clerical mistype," a spokesperson for the nursing home told 10Investigates on Thursday. "Carrington Place of St. Pete has contacted the State and corrected the error to reflect zero positive employee cases in the facility. We will continue to report Covid-19 cases to the State as employees are tested daily.”

The Florida State Emergency Operations Center seconds this explanation saying, "This information is reported directly by long-term care facilities to AHCA and then published. If the facility misreported the information to the state, we will work with them to make sure this information is corrected moving forward."

Carrington Place, like other facilities, reports multiple pieces of data to governing agencies on a daily basis. The facility said this was an isolated incident.

The facility has had 16 resident cases. But, those were previously known about.