Released inmate shares what she saw behind bars during the pandemic. 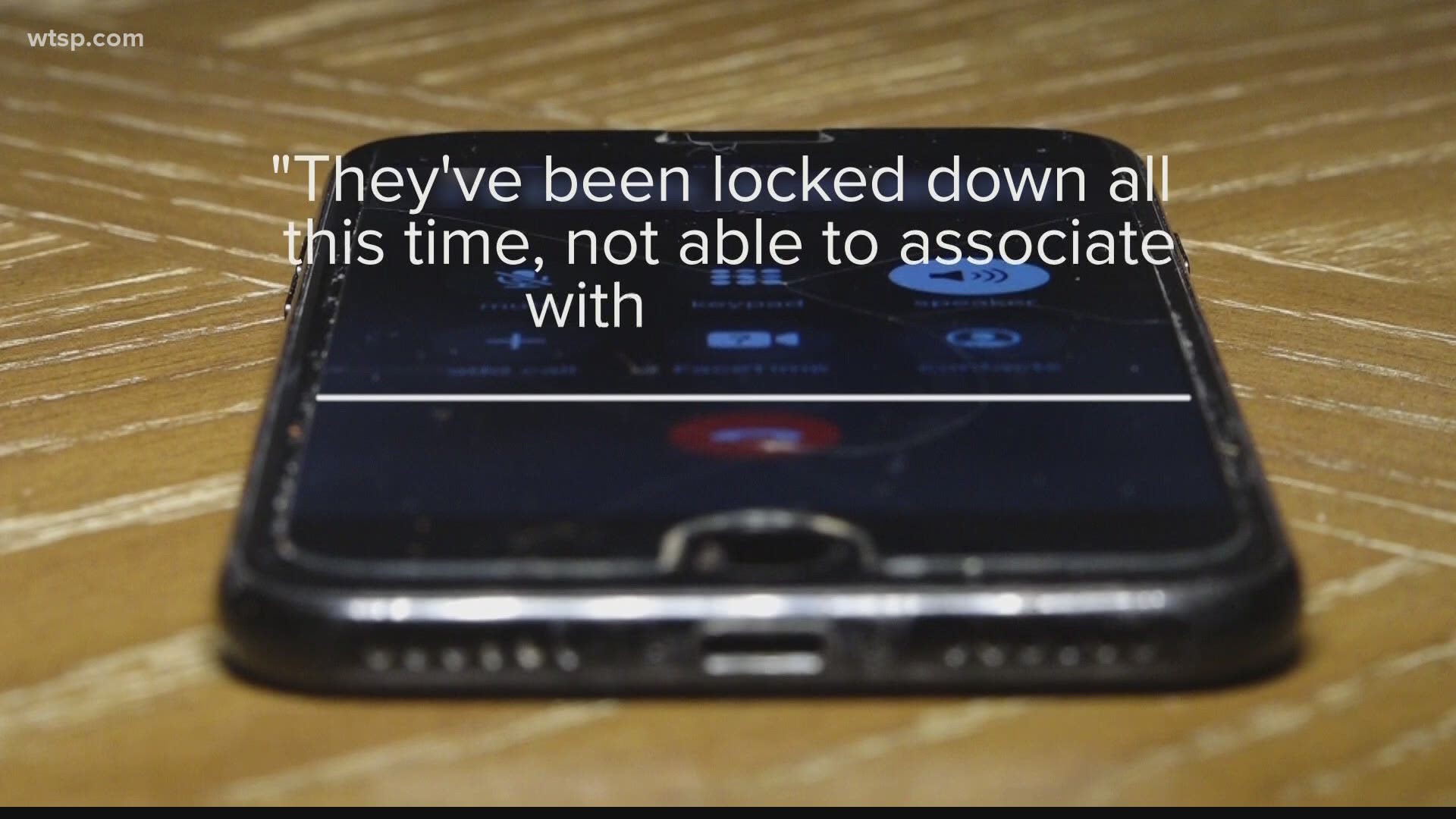 ST. PETERSBURG, Fla — In just one week, the number of coronavirus cases in Florida prisons has almost doubled. As of Thursday, 943 inmates and 225 department of corrections employees have tested positive. Gov. Ron DeSantis said we are seeing more cases because more testing is being done, but some question that.

10Investigates spoke to a women who was at Lowell Correctional Institute for the past couple of months. She shared with us, "One day they came in and told us we had to stay inside because of a virus.” She said the prison was put on lock down. A couple of weeks ago she said she was given a mask, but felt the personal protective equipment they needed wasn't provided soon enough.

She said, "They waited so long to give it to us but already let us shower together..sleep next to each-other."

Florida has four prisons where more than 100 inmates have tested positive. It’s not just Florida. Outbreaks are popping up in prisons all across the country. It’s why experts from the Infectious Diseases Society of America met to discuss the current situation behind bars.

Alysse G. Wurcel, MD, MS, a member of IDSA, listed some of the reasons jails and prisons are hotbeds for the virus to spread:

She also said, "Once one of the jails has a case, I do really think it’s not isolated. It is in a lot of different spots. And some jails have found people with symptoms and have isolated them from coming in and that’s effective. In those situations, it’s someone new to the jail and a new detainee. I don’t have as much suspicion that it is everywhere in the jail. But with the other jails in Massachusetts, I think we’ve learned that if it’s in one person who has been incarcerated for a decent amount of time, uh it is everywhere."

The woman we spoke to who was at Lowell Correctional Institution said they did have soap, but they still took showers together, slept close together and when she was released last week, they never gave her a test.

Sandra Springer, MD, a member of IDSA, said what's happening in our jails and prisons impacts all of our society, and when they are released they are rejoining our communities. She said, "If we ignore this population, we are essentially ignoring our community. We’re ignoring the threat. The potential harm that all of us are faced with. This is the population we really should be focusing a significant amount of our resources toward."

We asked the Florida Department of Corrections about statewide policies regarding the availability of soap and the release of inmates. They provided us this information:

"All inmates have access to hand soap and water. Hand soap is available in   inmate restrooms. Health items, such as toilet paper and soap, are       replenished as needed. Education has also been issued for inmates instructing them to wash their hands frequently and follow CDC guidelines for the prevention of the spread of COVID-19.

Prior to an inmate’s release, FDC staff prepare a comprehensive release plan that helps the inmate successfully transition into their community.

"Given the current pandemic, it is critical that proper post-release medical services and housing options are established. Even under normal circumstances, it is not uncommon for staff to work months in advance of release to find appropriate housing for inmates (particularly elderly and medically needy inmates) and to ensure they have adequate health care upon release. Inmates who are released at the completion of their sentence are furnished with a cloth face covering or surgical grade mask.

"Release dates have not been affected. If an inmate is scheduled to be released and in medical quarantine or isolation, FDC classification and health services staff work with the inmate to provide him or her with as much information and support upon release as possible. Inmates who are receiving medical care will be addressed by health services staff to transition to a similar level of care upon release.

'FDC is closely aligned with the CDC Interim Guidance on Management of COVID-19 in Correctional and Detention Facilities."

For the latest number of COVID cases in the Florida Correctional Facilities, please click here.