For comparison, 11 percent of full-time law enforcement officers in Florida are Black, according to Department of Law Enforcement data. 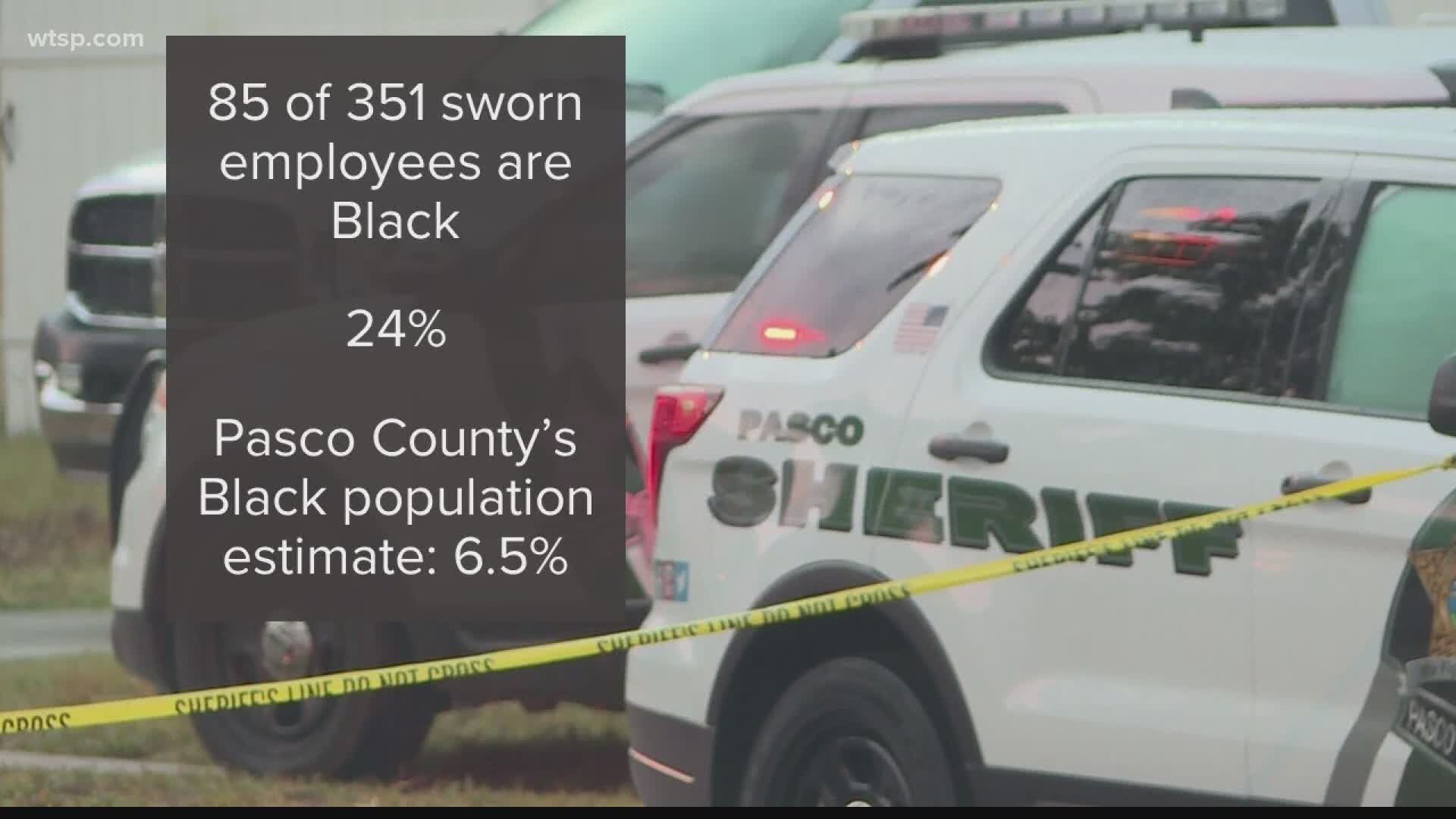 Eighty-five of the 351 sworn employees at the sheriff's office are Black -- 24 percent.

Compare that to Pasco County’s Black population, which the U.S. Census estimates made up 6.5 percent of the county’s total population last year.

For comparison, 11 percent of full-time law enforcement officers in the state are Black, according to the Florida Department of Law Enforcement’s data.

More than three years ago, Nocco contracted with Greg Williams to help recruit.

“More qualified applicants, with a specialty in trying to identify minority applicants,” Williams said. “So, I said, ‘Well, I can do that. I can find the people for you, but are you going to give them a fair shake? Are you going to give them the opportunity to be successful?’ And he said, ‘I sure will.’ So, we formed a partnership to do just that.”

So, what can other agencies learn from Pasco about how to increase diversity?

Not only does the agency sponsor a certain number of recruits through the academy, it also stands by them to make sure they stay on track.

We asked if the Pasco Sheriff’s Office has noticed any measurable improvements since it began adding more diverse recruits, such as a decrease in violent confrontations.

Lead Public Information Officer Amanda Hunter said it’s hard to say for sure because, around the same time, they also started widespread use of body cameras, which Hunter said could also affect metrics like bias complaints.

RELATED: FBI is trying to track use of force, but most law enforcement agencies aren't participating

10 Investigates reported last week that we surveyed law enforcement agencies in Tampa Bay. All 10 agencies that responded said they have strategies to increase diversity.

Investigative reporter Jenna Bourne will take a deeper dive into the obstacles still standing in the way of a diverse police force in her next episode of What’s Brewing, which comes out Friday on our YouTube channel The Deeper Dive.