All Tampa Bay area school districts are now working to pass medical marijuana policies, after 10Investigates exposed most were out of compliance with state law. 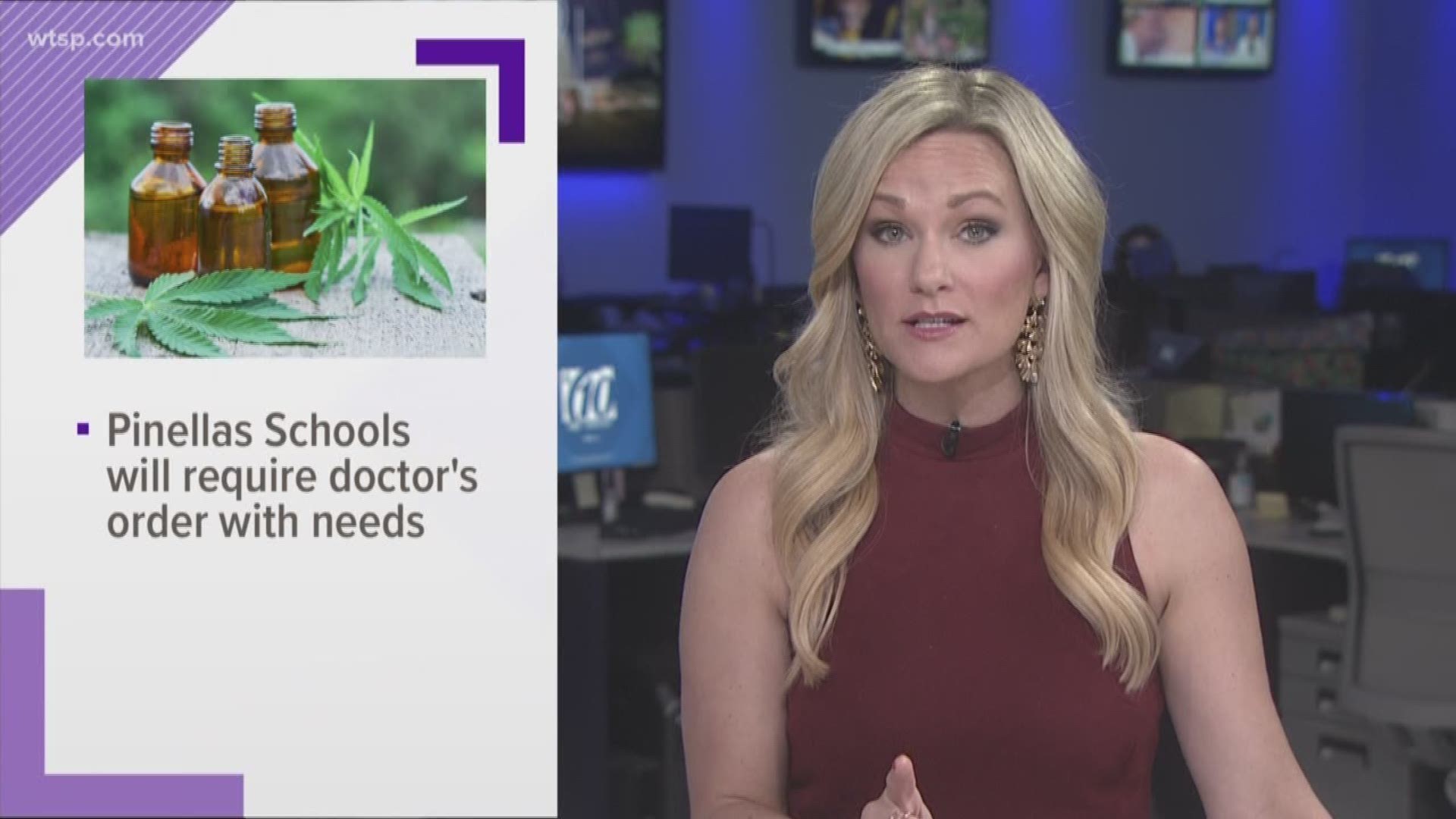 PINELLAS COUNTY, Fla. — The Pinellas County School Board on Tuesday formally approved its policy on medical marijuana on school grounds.

Since last looking at the issue back in October, the board added that a student's request must include the form of delivery and proof of physician's order demonstrating that medical marijuana must be administered during school hours.

It is not allowed to be transported or administered on the bus. A caregiver must bring it to school and it will be given to the student in a secure place.

All school districts in the Tampa Bay area are now working to pass medical marijuana policies after 10Investigates exposed most were out of compliance with state law.

In September, 10Investigates reported nine out of 10 local school districts were not following a medical marijuana law that went into effect more than two years ago.

Meant to help sick kids, the law requires each district school board to adopt a policy allowing students who need medical marijuana to take their medication during the school day.

The Florida Department of Education took action because of our story, notifying all school districts in the state that they must adopt compliant medical marijuana policies by the end of the year.

RELATED: 'CBD has the potential to harm you' FDA warns in new report