The COVID pandemic had an impact on pilot proficiency. But is it cause for concern? 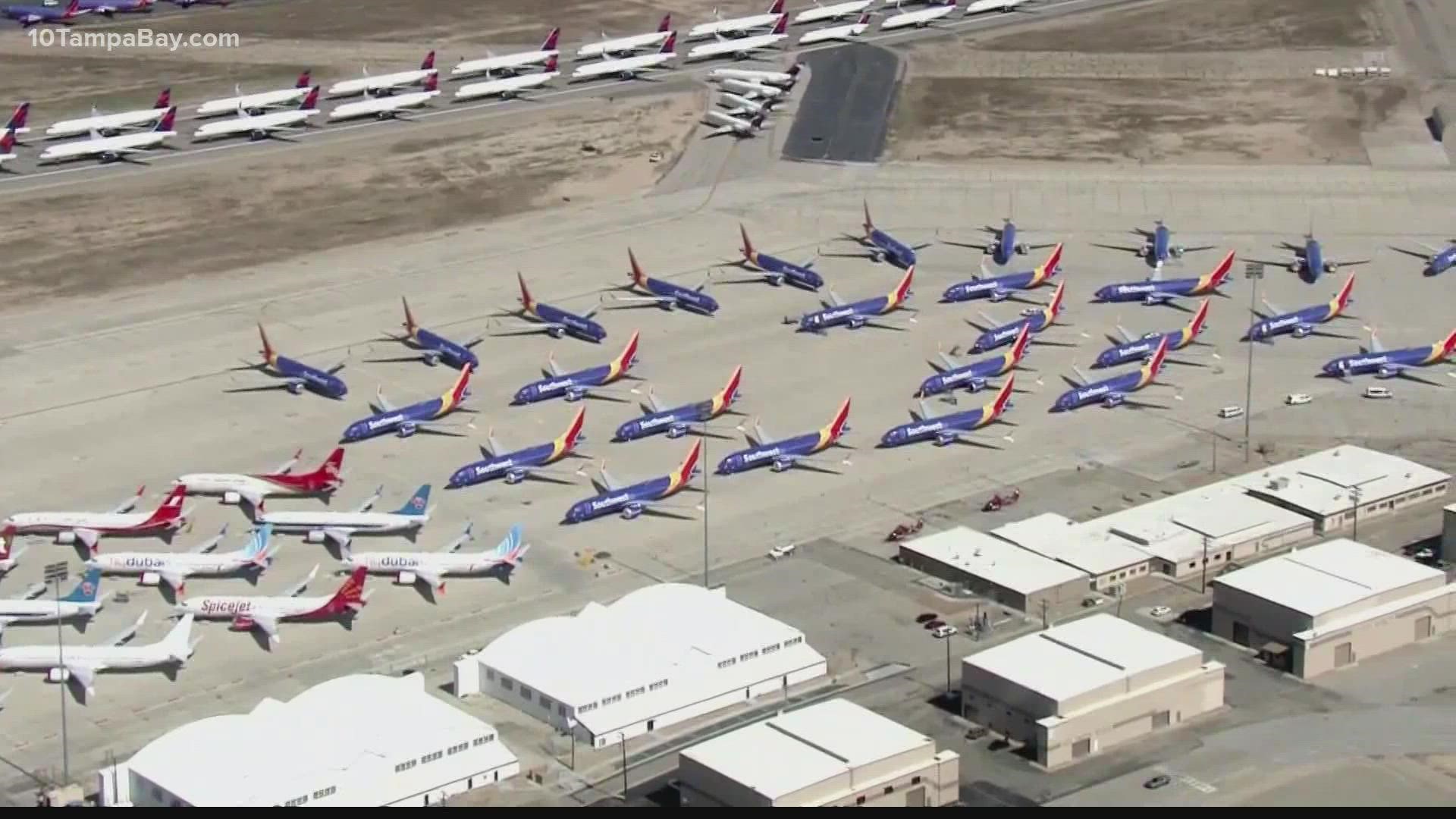 CLEARWATER, Fla — The upcoming holiday travel season is expected to be on pace with pre-pandemic levels.

At peak holiday travel, Tampa International Airport is expecting roughly 80,000 passengers a day while St. Pete-Clearwater International is anticipating a 30-percent increase in travelers booked to fly out for Thanksgiving 2021 compared to the year prior.

Holiday travel always comes with its issues. But with limited travel given the COVID-19 pandemic, this year begs the question: Can roughly 20 months of limited pandemic flights impact how safe we are in the sky?

Let's rewind back to April 2020 when the United States was at the initial height of the coronavirus pandemic. Tampa International Airport, which accounts for a sizable chunk of the Tampa Bay area's travel, saw numbers as low as 1,500 passengers.

Planes were parked at airports across the country and sitting in a field in the desert of Arizona. A lack of flights meant pilots were grounded, too.

"I've spent many sunrises and sunsets in the cockpit,” said 10 Tampa Bay Aviation Expert Mark Weinkrantz. "The pandemic changed that."

Weinkrantz has 40 years of flying under his belt. He spent seven years in the United States Air Force and another 33 years flying for a major airline.

He says sitting idle for him or any pilot can leave room for mistakes or problems once back in the sky.

RELATED: Worried about flight cancellations? Here's what to know about travel insurance

RELATED: Airline pilots are making mistakes in the air after being out of practice due to COVID-19

10 Investigates wanted to know what impact the COVID-19 pandemic had on pilots and aviation safety.

We searched through the Aviation Safety Reporting System Database. It’s a monitoring program, funded in part by the FAA, that allows aviation workers like mechanics, air traffic controllers, flight attendants and pilots to report mistakes and alert the government to potential safety issues. It’s voluntary and confidential.

When 10 Investigates searched “lack of flying" or “COVID” or “pandemic” from January 2020 to October 2021 we found 1,035 reports — and that's just what's available. Experts say reports aren’t immediately accessible in the system and can sometimes lag.

10 Investigates read through each of the 1,035 reports; and out of all that data, we found 206 reports pointing to pilots who were out of practice.

One pilot wrote, "second flight in over 7 months due to COVID.”

Other pilots reported mistakes and admitted rustiness in routine. There were also reports that cited proficiency loss and mistakes listing a “lack of flying” as a contributing factor.

One report involved two pilots flying out of St. Pete-Clearwater International (PIE). The pilots had overshot their altitude due to both thunderstorms in the area and not flying in over two months given the pandemic, according to the report.

Weinkrantz says the issue could have created a conflict with other planes in the sky.

"The biggest problem is when you're not into the mode, where you're accustomed to doing everything on a day-to-day basis, the distraction takes you out of that picture. And then you can miss the little thing and a little thing might become bigger," he explained.

So, is there a fix to helping pilots shake off the dust and get back into the rhythm? According to Weinkrantz: "The orchestra is getting tuned up.”

10 Investigates found that airlines have a set of rules to make sure pilots are safe, trained and confident in the cockpit. That includes time in simulators.

The FAA also has standards to address pilot proficiency that include a requirement for three landings every 90 days. But, amid the pandemic, those were eased as planes sat idle and airlines felt deep cuts.

RELATED: With so many airline delays and cancellations, here's some advice if you're planning holiday travel

RELATED: Plan ahead: Why you should start booking holiday travel now

The FAA told 10 Investigates it has maintained resiliency across its operations throughout the pandemic.

“Our comprehensive, data-driven safety oversight system enables us to detect risks and address problems early, including any that may result from COVID-related factors,” said an FAA spokesperson. “Early on, the FAA worked closely with the U.S. Commercial Aviation Safety Team to develop and distribute an extensive list of safety elements that operators should monitor due to dynamic changes resulting from the pandemic. Our aviation safety inspectors continued to perform their usual oversight work.”

“We believe that there are a robust set of checks and balances in place to make sure that all risks are identified and addressed in a proactive way,” he said.

Shahidi and Weinkrantz say the fact that reports are being entered into the database means flight crews are checking themselves to the extent that passengers are likely unaware that the "orchestra" is a little out of tune.

When looking at the reports, Weinkrantz says he wouldn't label them as referring to "danger in the skies." He actually finds them to hint at the opposite.

"No, I think this is preventing danger in the sky,” he said.

The Flight Safety Foundation is also working on a deep analysis to see if errors recently listed in reports citing lack of flying existed, at similar levels, prior to the pandemic.

“It takes anywhere between two to five years of training to become a fully-certified air traffic controller,” he said. He added that the FAA has plans to ensure facilities are staffed to meet safety levels and that process should not be disrupted.

10 Investigates asked the FAA about staffing for our three major airports. Here's what they said:

“We have not experienced a change in facility staffing at the Tampa, St. Petersburg/Clearwater or Sarasota airports. The FAA is focused on training at all facilities to develop and certify new air traffic controllers.”

You can see current staffing levels by clicking here.

RELATED: Foreign travelers to US still barred from many countries 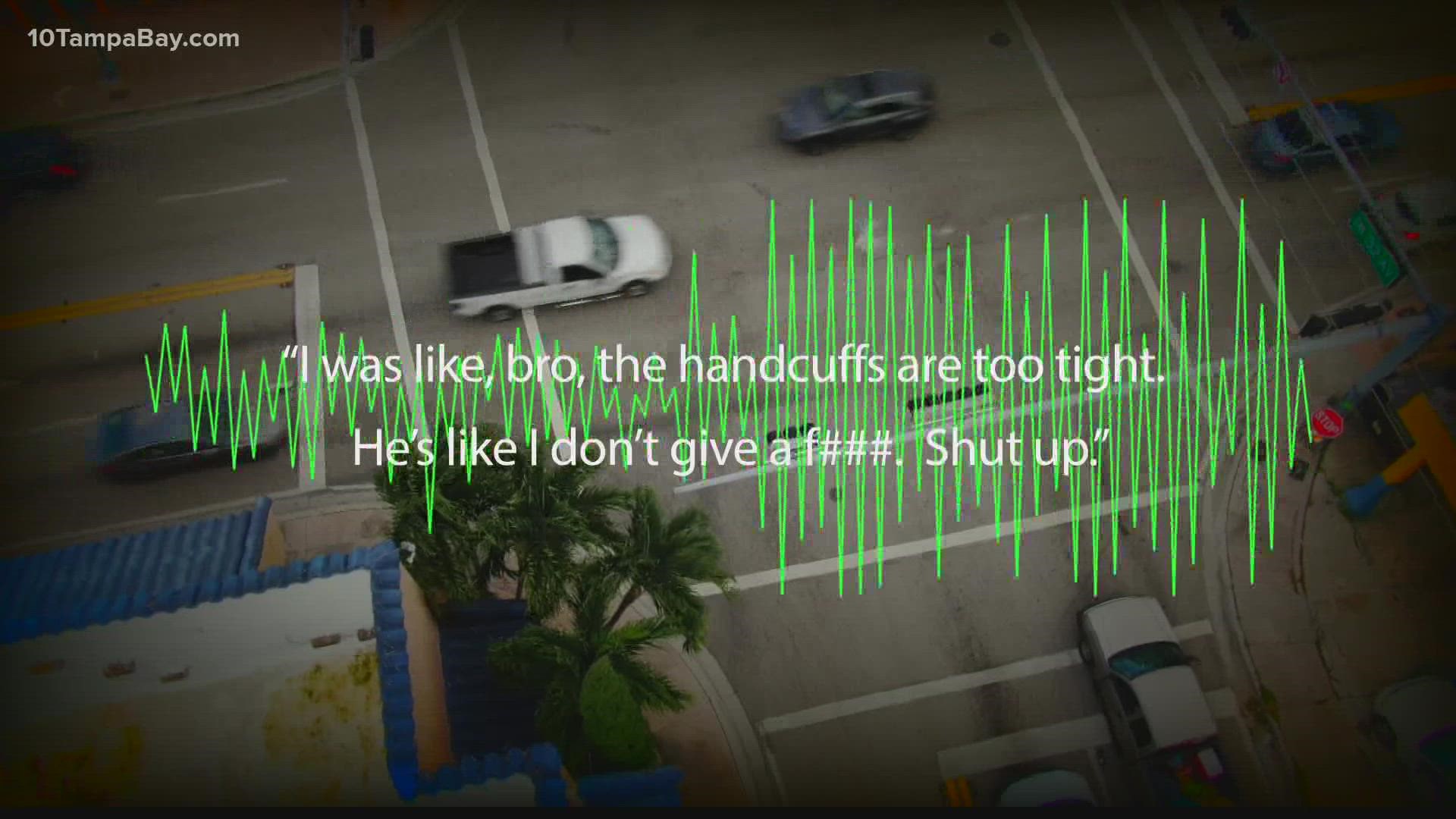