10 Investigates asked Tampa Bay law enforcement for the race breakdown in their departments; here's what they said 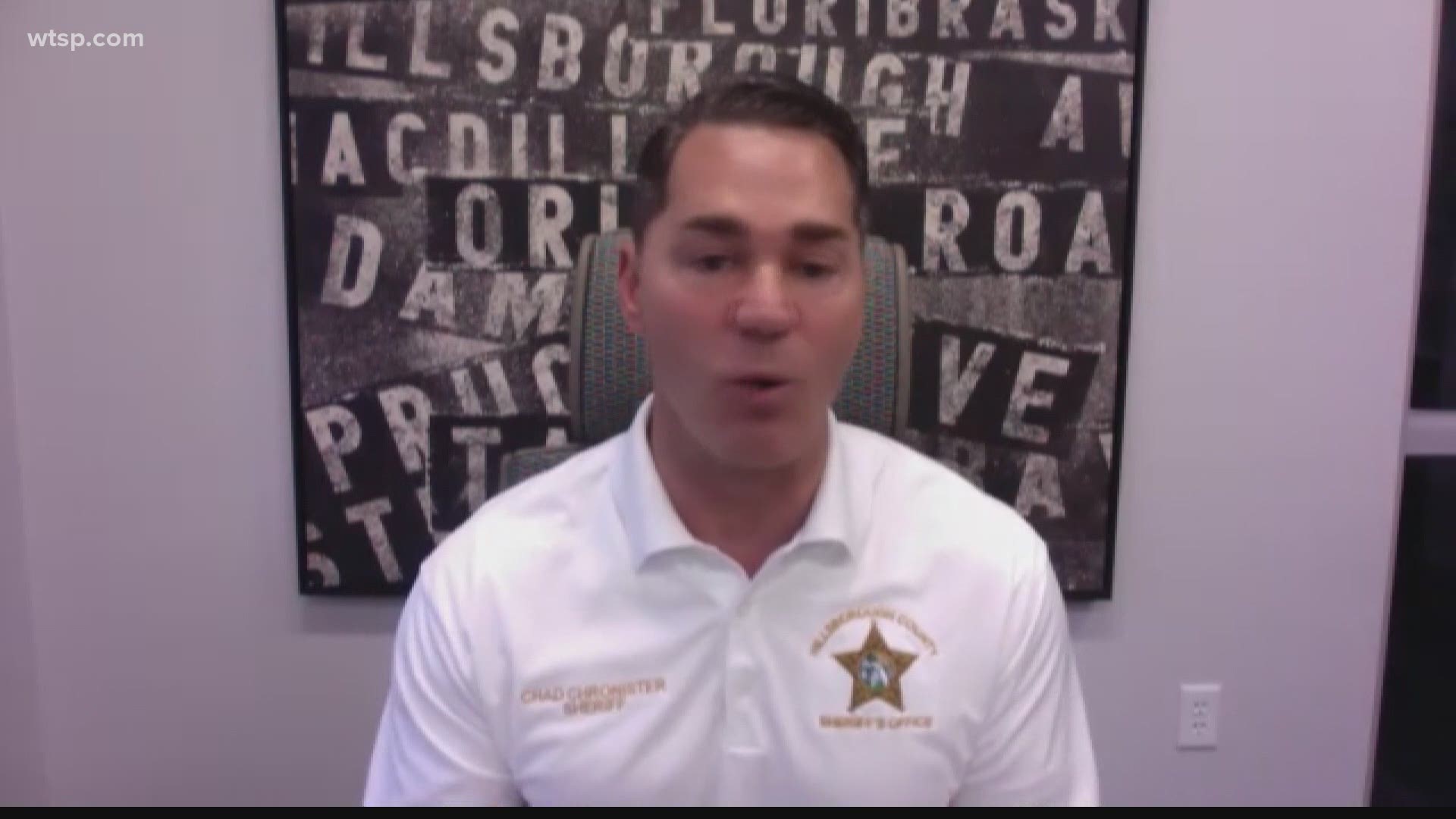 TAMPA, Fla — Emotions are higher than ever as law enforcement agencies review and tweak policies following the death of George Floyd, a black man who died in Minneapolis police custody."

They feel they are needed to regain trust in some communities across the country.

One solution advocates agree on is the need for more black officers in our police departments. But as 10 Investigates learned, that means a lot of work is needed across Tampa Bay area departments.

“I think that a diverse background is very important.”

She says there are a lot of pieces that make up the puzzle to solving police reform. One of those pieces is hiring more black officers.

“If you have more of a diverse background on the force especially as you promote up, those voices are being heard at the table more,” Wagers said.

10 Investigates scoured through the demographic data at 22 Tampa Bay law enforcement agencies. We found that just 14 percent of officers are black people.

“It's important for the community to see people who look like them,” Wagers said.

“It is a priority to me. Since I modified standards, our diversity rate today, in terms of hiring is at 59.9 percent,” Hillsborough County Sheriff Chad Chronister told Jennifer Titus.

According to data, the breakdown in the Hillsborough County Sheriff’s Office is 1,409 white deputies and 276 black deputies.

“I think those numbers need to increase. Especially with those recruits now,” Chronister said.

He says the agency is focusing on recruiting, "We hit minority individuals at every stage in life.” By making new recruitment videos, being at job fairs and talking to people in black communities and colleges, Chronister hopes they can create a more diverse team.

“We’ve made great strides but still have work to do.”

Kate Meeks who is head of recruiting says the department has been working on recruiting more minorities for a while. She says the problem is that they aren’t getting as many minority applicants.

“We have less minority applicants then we do white applicants. I can go all day long and go to a college and say we want you,” Meeks said.

She says the same techniques being used by HCSO are being used at SPD. They are focusing on hiring fairs at predominantly black colleges and Hispanic institutions as well.

“You always want to manage bringing in [the] best people you can find and help people that are calling for help. That’s a step,” Meeks said.

Wagers says while recruiting black officers is a step, there’s a long way to go from some agencies in building back the trust that has been lost in some minority communities.

“I think it’s a step but definitely, it will take more than that,” Wagers said.

Chronister said recruiting black deputies will be even more of a challenge now with what happened in Minneapolis. He says incidents like that set things back, but it’s a challenge he’s willing to accept.

10 Investigates found some local agencies with fewer than five black officers on their force.

So how do all of our local law enforcement stack up?

While Longboat Key Police has the highest percentage of white officers on its force with 95 percent. It has a total of 21 officers. Twenty officers are white and one is a black officer.

Here is the full breakdown of race by each Tampa Bay area law enforcement agencies:

***(NOTE: every department below includes ALL sworn individuals, not just patrol.)

RELATED: Calls grow for citizen review boards: Here’s what they are and which police agencies already have them