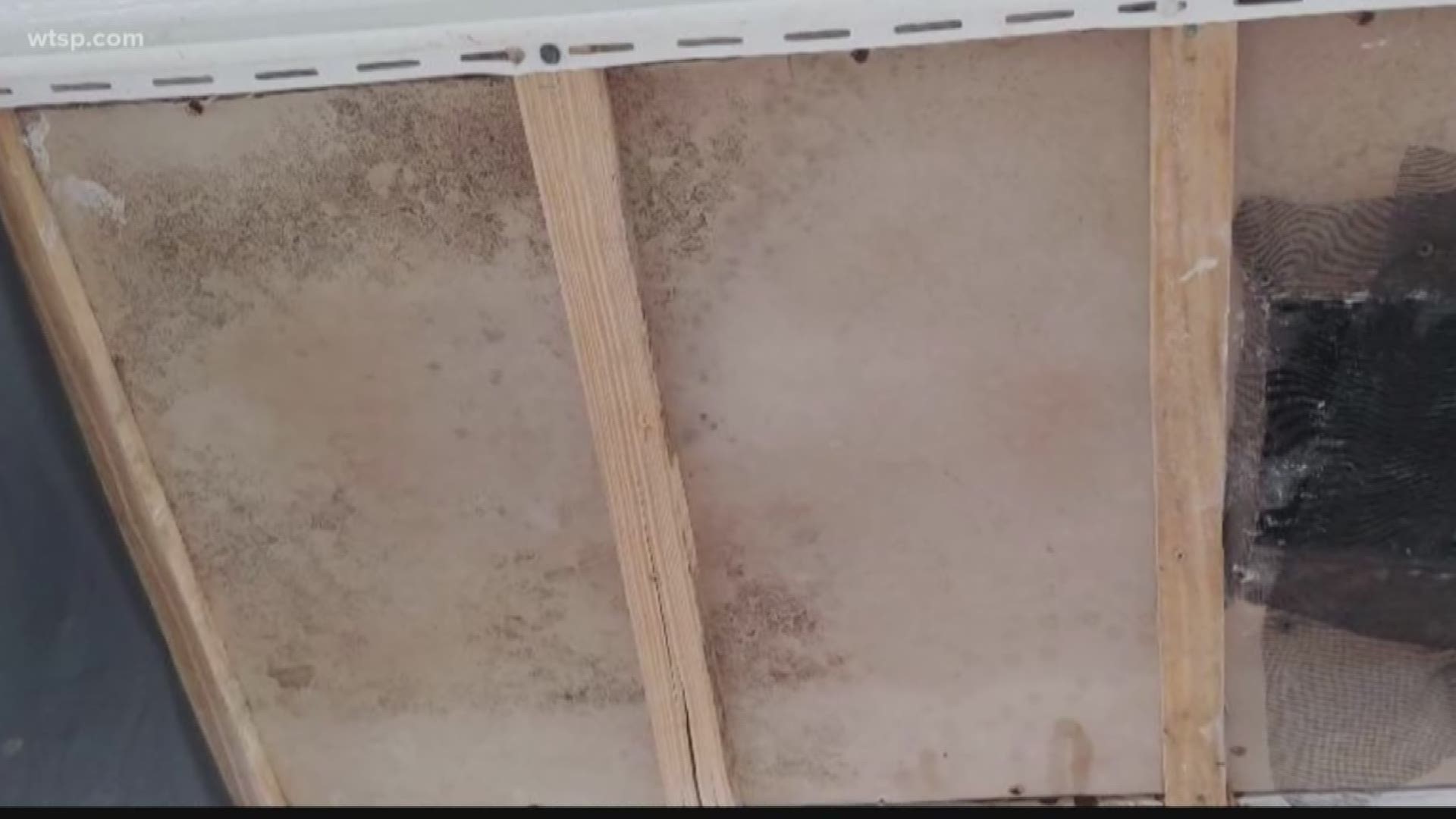 TAMPA, Fla. — Five families from MacDill Air Force Base filed a federal lawsuit claiming their health was impacted by mold and other issues related to housing on base.

On their behalf, attorneys filed a lawsuit in federal court in Tampa on Tuesday against Michaels Management Services, Inc., which is the private management company that oversees maintenance and Clark Realty Capital which is the owner of housing at MacDill.

It comes the day before Senate lawmakers are set to hear testimony from the heads of all branches of the service on the status of privatized military housing nationwide.

In a lawsuit provided by Attorney Natalie Khawam, families from MacDill allege maintenance in their Harbor Bay community failed to address issues with water, moisture and ultimately mold. They say the problems date back to at least 2016.

Jenny Genrich spoke to 10Investigates. She and her husband are among the families suing. She says her husband’s exposure to mold affected his career.

“It impacted our life. It impacted his job, the way he was able to perform at work," Genrich said. "He began to struggle with P.T. He couldn’t deploy. I honestly didn’t even think about it, to tell you the truth, that it would be a possibility of mold."

He told her he was unaware a federal suit had been filed, has not seen it and cannot talk about a legal matter.

He did say that they “still continue to take care of families at MacDill” and when an issue does arise, they try to resolve it.

“It’s unfortunate that their family’s health and well-being are compromised due to the significant mold and the subpar housing conditions that they were exposed to at MacDill Air Force Base,” Khawam said.

10Investigates sat down with the head of MacDill Air Force Base in November.

Colonel Stephen Snelson says he has withheld quarterly bonuses for the private company responsible for housing. He says he has not seen issues impact force readiness within the 6th Air Refueling Wing, but could not speak to other service members who live on MacDill.

“What I've really been focused on is making sure that the privatized housing company, that when an issue comes up that they're fixing it," he said. "And if they're not fixing it, that that resident knows who to turn to, to get help and how do they get that problem fixed if it's not getting addressed. It is the role of Harbor Bay to maintain homes and when work orders are submitted, to do those work orders correctly the first time."

Colonel Snelson says families dealing with leaks, moisture or other water problems can call a 24-hour hotline. Harbor Bay maintenance is supposed to respond within one hour to any report of water, no matter the time of day. That number is (813) 840-2000.

A spokesperson for Senator Marco Rubio responded to the lawsuit, providing the following statement to 10Investigates:

“Our office is aware of the situation and has been in communication with local and federal officials. Senator Rubio has long been committed to ensuring that our military families have safe, healthy living conditions and will continue to hold landlords accountable for unacceptable and dangerous living conditions.”

"For months, Senator Scott been raising concerns about unacceptable housing conditions on military bases, including mold on MacDill Air Force Base. Senator Scott has also been regularly meeting with base commanders and military leaders to express his concern, and is disappointed this issue hasn’t been resolved. He looks forward to hearing from military leaders today on the plan to immediately address housing concerns, and how passing the NDAA will help improve on-base housing for military families."

RELATED: 'This is something that we have to make sure we get right:' MacDill AFB commander talks mold problems