“Hurricane Michael may have been kind of a wake-up call that maybe we need to update some of those models and continuously refine those." 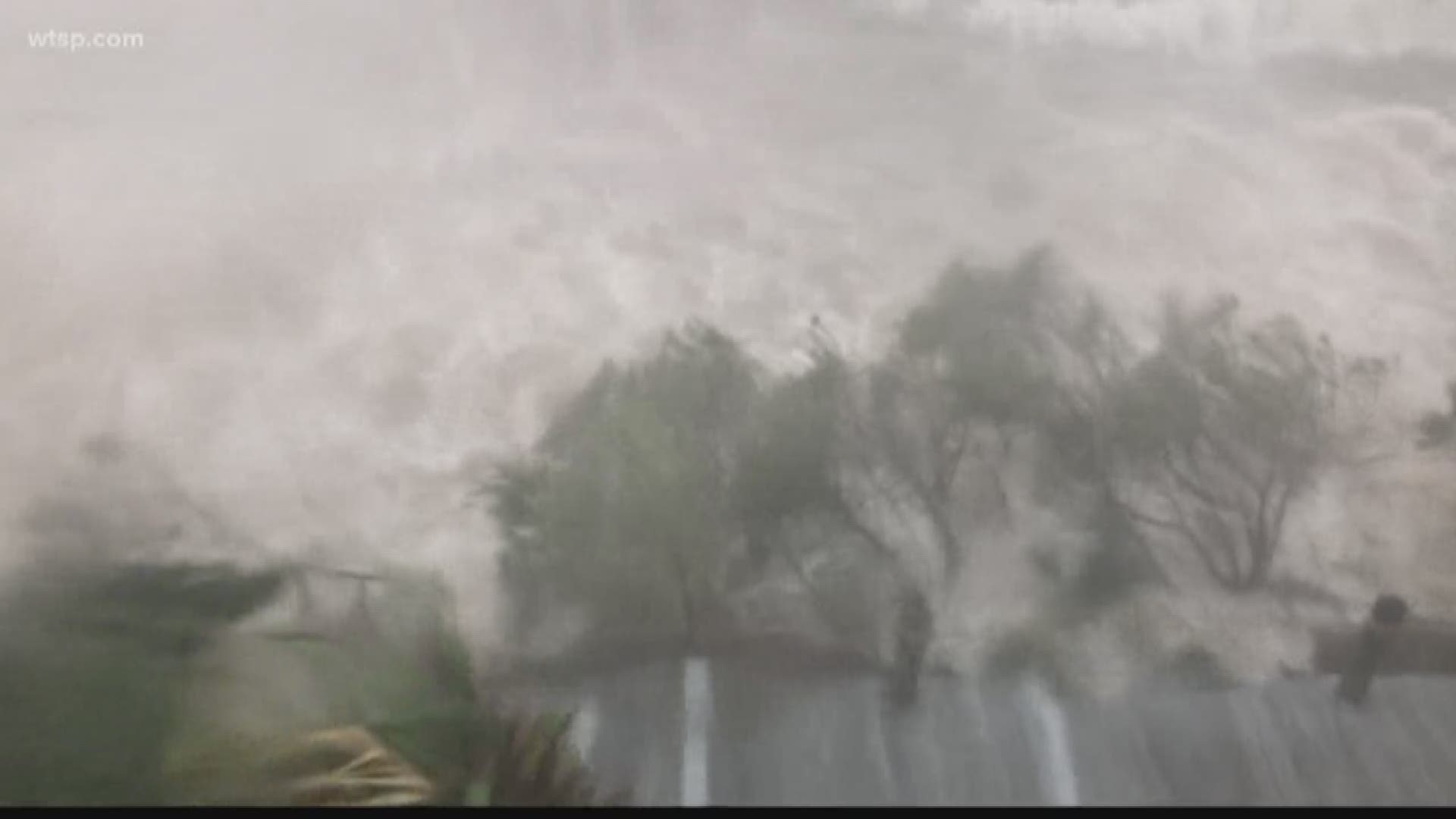 ST. PETERSBURG, Fla. — When Hurricane Michael struck Florida’s panhandle in 2018, it was in many ways, unlike any storm to hit Florida in the last 25 years.

David Roueche, an engineer who toured Hurricane’s Michael’s damage says, “What was unique about Hurricane Michael, that level of devastation particularly in Mexico Beach was not something that we’ve seen really since Hurricane Andrew.”

Roueche is one of the engineers who worked on a report surveying the damage caused by Hurricane Michael when it came ashore last October. The report details what aspects of Florida’s wind code worked or didn’t work when Michael put it to the test.

Florida’s building codes: The next hurricane could blow them away 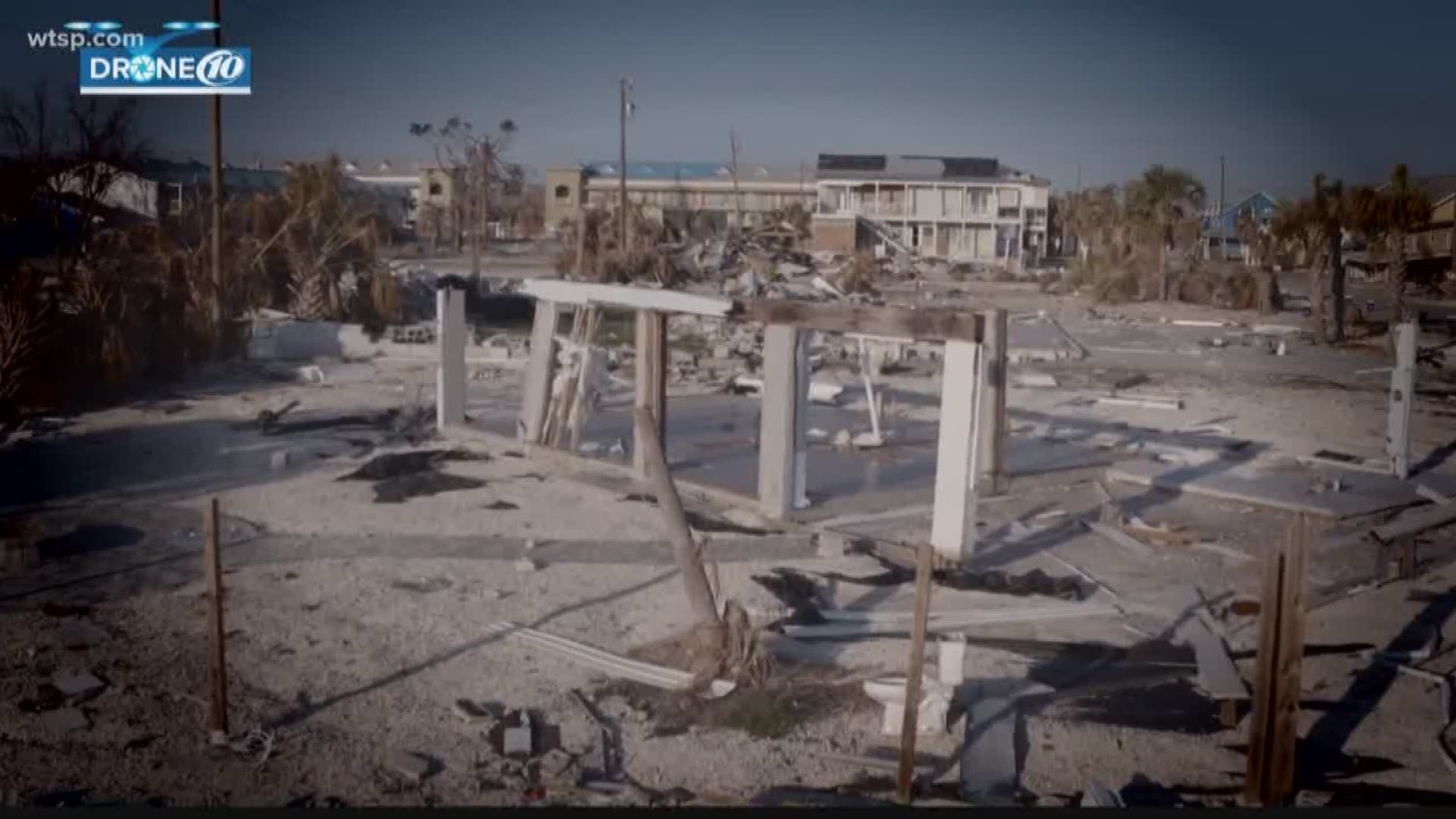 “Hurricane Michael may have been kind of a wake-up call that maybe we need to update some of those models and continuously refine those,” Roueche said.

Among the findings in the report is the fact that, even when you consider storm surge, roof cover loss was the most common type of structural failure, even when winds were below the threshold stipulated by the building code. Almost two-thirds of buildings built after Florida’s building code went into effect experienced at least some roof cover loss in Michael.

In fact, the executive summary of the report says "roof cover and wall cladding damage was still observed even in newer structures,” meaning even some homes built up to the very latest code requirements weren’t strong enough to withstand Category 5 winds.

Read the report: Investigation of buildings damaged by Hurricane Michael 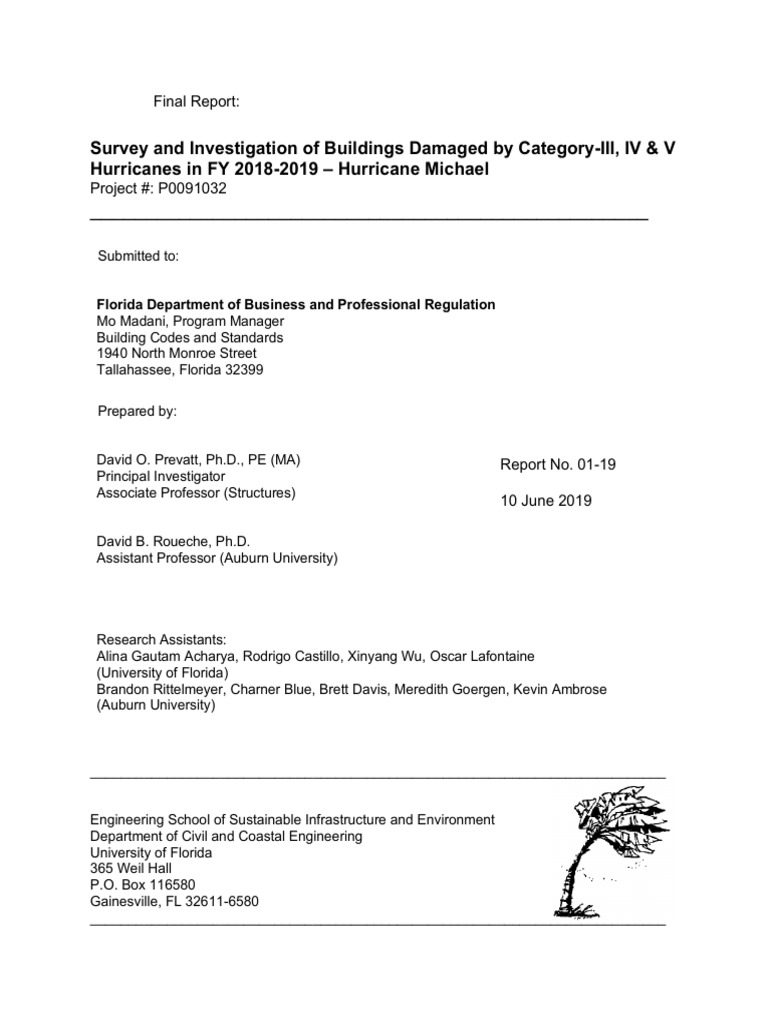 Investigation of buildings damaged by Hurricane Michael | Tropical Cyclones | Wound
When Hurricane Michael struck Florida's panhandle in 2018, it was in many ways, unlike any storm to hit Florida in the last 25 years. David Roueche, an engineer who toured Hurricane's Michael's damage says, "What was unique about Hurricane Michael, that level of devastation particularly in Mexico Beach was not something that we've seen really since Hurricane Andrew."

“Whether Hurricane Michael was directly related to or enhanced by climate change is hard to tell for a given event, but I think it should always be on our radar,” Roueche said.

Roueche like many others dance around the issue of climate change. But in black and white, the report clearly states, “with potential impacts of climate change, the 100-year storm impacts may change…”

“Are these storms going to be more and more likely?" Roueche asked. "We don’t have a great answer for that yet, but I know there’s a lot of smart people working on it though.

"So, hopefully we can get some good answers on it soon.”

Roueche points out some success stories following Michael, too.

“I also think we should be able to step back and look at some of the successes here as well. There were a lot of very well performing structures in this event, particularly the newer ones,” Roueche said.

One person who has enough influence to push for real change on this issue is Gov. Ron DeSantis. For the past few months, 10News has made repeated attempts to have a conversation with him about it. Multiple phone calls and emails have been sent. When asked why the governor hasn’t been able to sit down with us, we received this response from his office:

“We make every effort to accommodate but it is not possible for me to confirm a scheduled interview at this time.

My suggestion to you was to attend an event next time he was in the area and ask him your questions when opens up for questions during a media availability, which he does frequently.”

We did just that. Since May 2019, we have attended three news conferences the governor has held in the Tampa Bay area. So far, all we’ve gotten is one vague response from a crowded news conference after 10Investigates' Jennifer Titus had to chase him down.

"I think it depends on where you're at," DeSantis said. "I mean, Miami-Dade has the strongest in the country. Obviously in northwest Florida, you had some of those buildings were very, very old so I think that's something that localities can look at, but I will say that I think after Hurricane Andrew what Dade has done has been effective."

The state building commission now needs to figure out what to do about the information in the Hurricane Michael report.

Watch: "Wall of Wind" cranks up at Florida International University

“I think there’s room for improvement," Roueche said. "Yes, there are some things we can fix, and we’re working with code officials to identify those and evaluate what needs to be done.”

10Investigates reached out to the Florida Building Commission who received the same report we did. They denied an interview but tell us there are no plans to change the current wind zones at this time. So, once again, it is time for state representatives to step in and demand change.

If you would like to voice your concerns or opinions to our state leaders, we have their contact information here:

Contributors to the Hurricane Michael report include the Florida Department of Business and Professional Regulation, the American Society of Civil Engineers and the StEER Network.