Tree crashes through woman's fence. She Turns to 10 for help

A tree trimmer was doing work in the neighbor's yard. Everything was fine, until the crash. 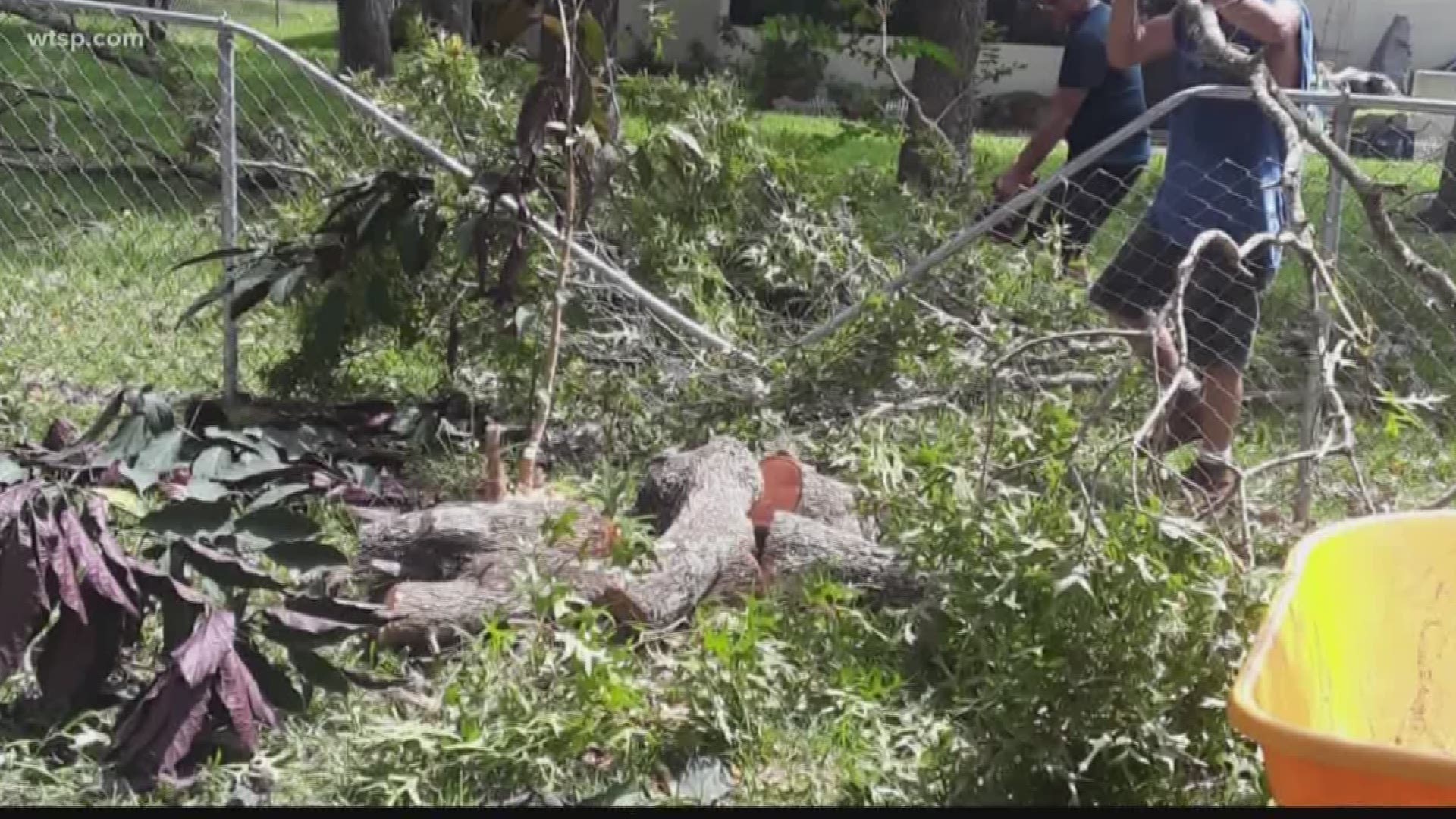 When Sheila Carchio got a knock on the door from a tree trimmer doing work in her neighbor’s yard, she didn’t think much of it. And, when he asked if it was alright to come on to her property to trim a tree, she complied.

Everything was fine, until the crash.

“I saw it and I just freaked out. I mean it was clear across my yard. I was just hoping it didn't fall on my house,” Carchio told 10Investigates Courtney Robinson.

Her neighbor’s tree had been fallen onto Carchio’s fence.

When Carchio confronted Richard Paquette, the owner of the tree trimming company, he told her he would fix the damages to her fence.

Carchio and her late husband put a fence up for their poodle, Blue. After Blue died earlier this year, Carchio planned to get another dog. Without a proper fence, that can’t happen.

“It's frustrating because it doesn't only look terrible, but animals can get in or I can't have another dog,” Carchio explained.

Paquette was licensed and insured when the crash happened. He patched up the fence but promised a better fix. He never came back, and Carchio says he stopped responding to her. She turned to 10 for help.

“I felt like I had no other alternative and I just needed help,” Carchio said.

10Investigates went to Carchio’s home to see the fence for ourselves. It is wobbly and there are holes in the fence. Paquette’s general liability insurance would cover the fix, but Carchio never got that information.

Via text, Paquette explained he doesn’t want to file a claim because he can fix it for less and plans to.

Paquette didn’t want to speak with us on camera, but he did reach out to us over the phone and through text messages and told us he does plan to fix the fence. So far, that has not happened.

“I want the fence fixed. I want, you know, I'm planning on getting a dog. I've always had a dog, and this is ridiculous. It looks terrible. I think he needs to show that he can do things right,” Carchio said.

Pasco County Contractor Licensing says one of the biggest things that you can do before you let anyone on your property, whether it’s your project or your neighbor's project, is to verify insurance coverage. Ask that contractor for their insurance and call to make sure it is active.

Paquette's license expired in September, but he says he's planning to get it renewed.

If you have something you want 10investigates to investigate -- email TurnTo10@wtsp.com.