After Peter Fernandez had knee surgery over the summer, he gained a new worry: the cost of insurance. 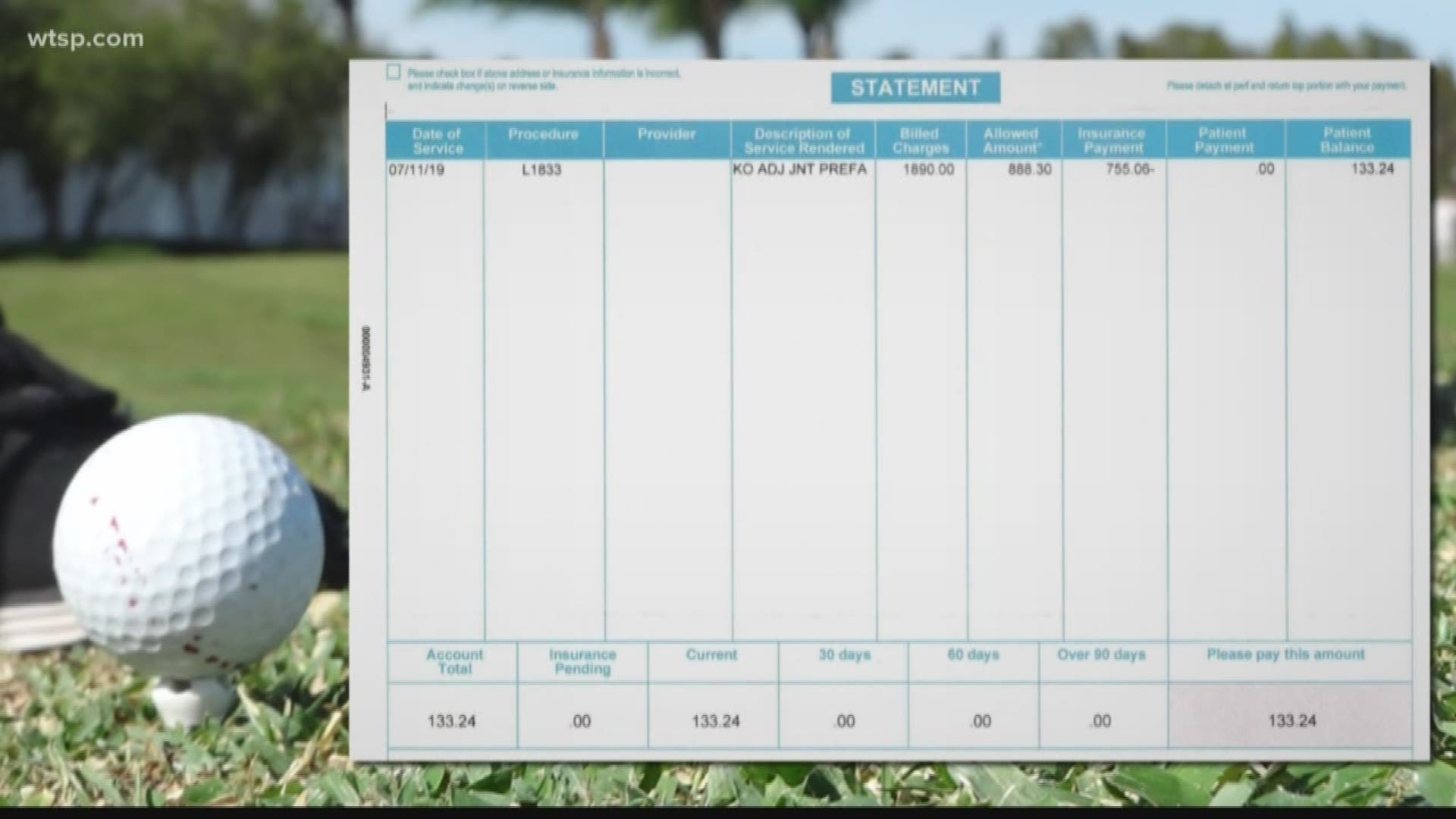 LUTZ, Fla. — It’s a surprise no one wants to get from their doctor: A pricey medical bill.

When one Lutz man got an $888 bill for a knee brace, he did some research and found he could have bought the same thing online for $125.

“It just struck me as odd that they’re not even offering me any options, they’re just giving me this and I’m going to have to pay,” said Peter Fernandez, who had knee surgery over the summer.

Fernandez only had to pay his doctor $133 out of pocket for the brace.

His insurance paid the remaining $755.

But he’s worried how charges like this drive up the cost of insurance for everyone.

RELATED: They wanted to be close to nature, but they had no idea nature would move in on their homes

RELATED: Crystal River grandmother Turns to 10 after painter took her money and didn't do the job

Turn to 10 sent Fernandez’s bill to the National Patient Advocate Foundation, where a spokesperson said the charge is “not excessive.”

But that doesn’t mean you have to accept that cost.

Here’s what you can do:

Fernandez said he plans to start speaking up at future appointments.

“The older I get, the more times I am going to see a doctor and I need to start asking more questions,” Fernandez said.