She locked herself out of her home: When she called for a locksmith, her problem got worse

Turn to 10 stepped in to help Andrea Pennell, who had new locks, but they didn't function properly. 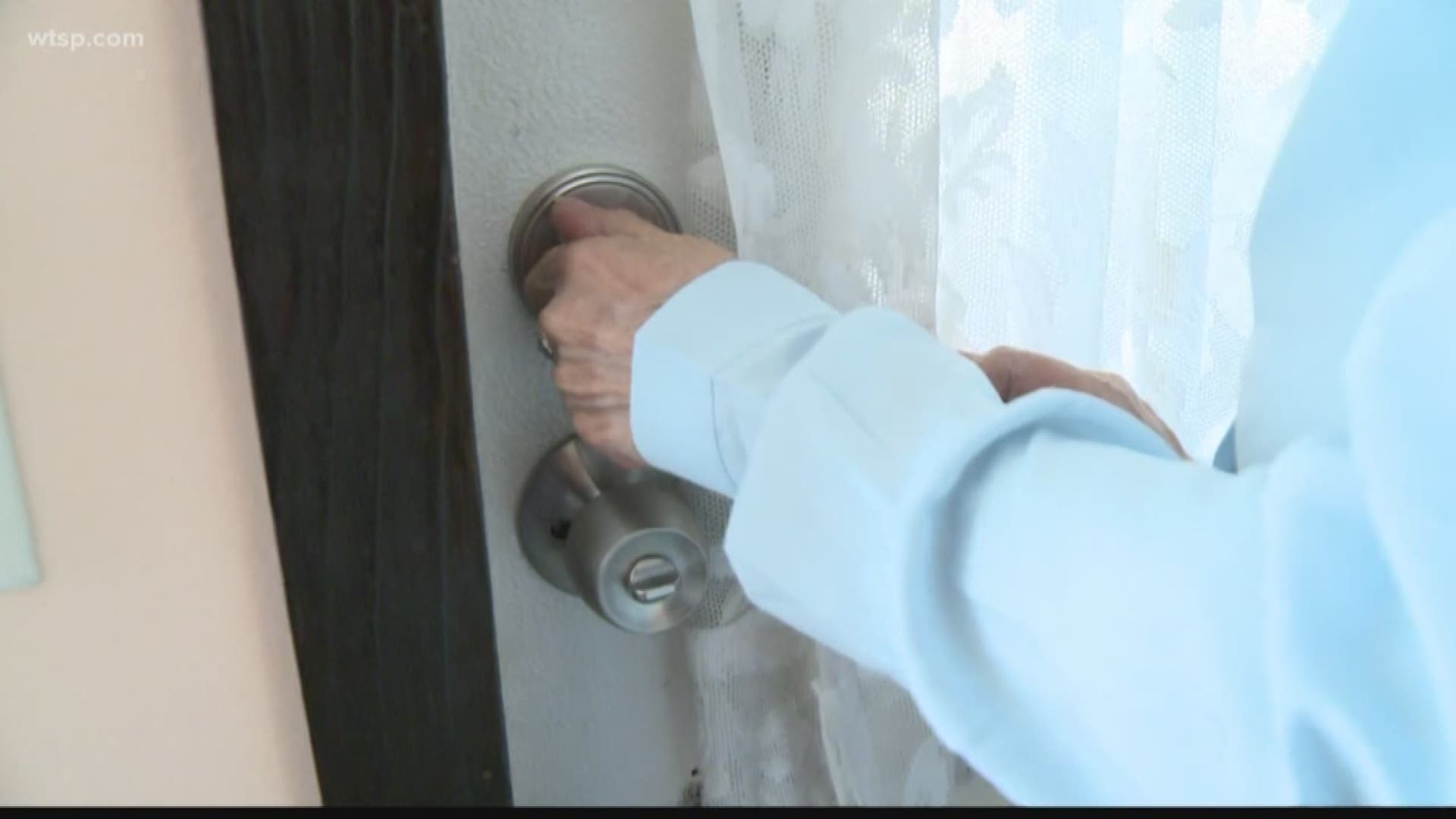 ST. PETERSBURG, Fla. — Andrea Pennell locked herself out of the home she was staying in St. Petersburg, so she pulled out her phone and did a quick search for locksmiths in the area.

Happy to have new locks, she paid the locksmith $335.98. But she quickly realized there was a new issue: Her locks didn’t lock.

“I’ve called every day to see what they are going to do to rectify the situation and they said they’ll send someone out,” Pennell explained while showing 10Investigates the locks.

After several calls weren’t returned from the locksmith, she called Turn to 10.

Finally, after weeks of our calls, we reached a supervisor who the company sub-contracts with and they sent someone out to Pennell's home.

“It works, finally,” Pennell told 10Investigates' Jennifer Titus when she greeted her at the front door.

Credit: 10News
Andrea Pennell talks to 10Investigates' Jennifer Titus after she had trouble with her new locks in St. Petersburg, Fla.

Pennell says now that her locks are fixed, she feels a sense of peace and finally feels safe that the place she lays her head at night is secure.

“I really am glad when I reached out to someone you guys came running to the call and we got a solution to the problem. Thank you so much,” Pennell said.

A lot of companies these days sub-contract their work. There are a couple of things to remember when someone shows up at your door:

RELATED: Turn To 10: Customers paid thousands to a local contractor. They say they couldn't get ahold of him.