She paid a contractor to put in sinks. She was left without running water.

A homeowner says she was left with no faucets or water in the bathroom. 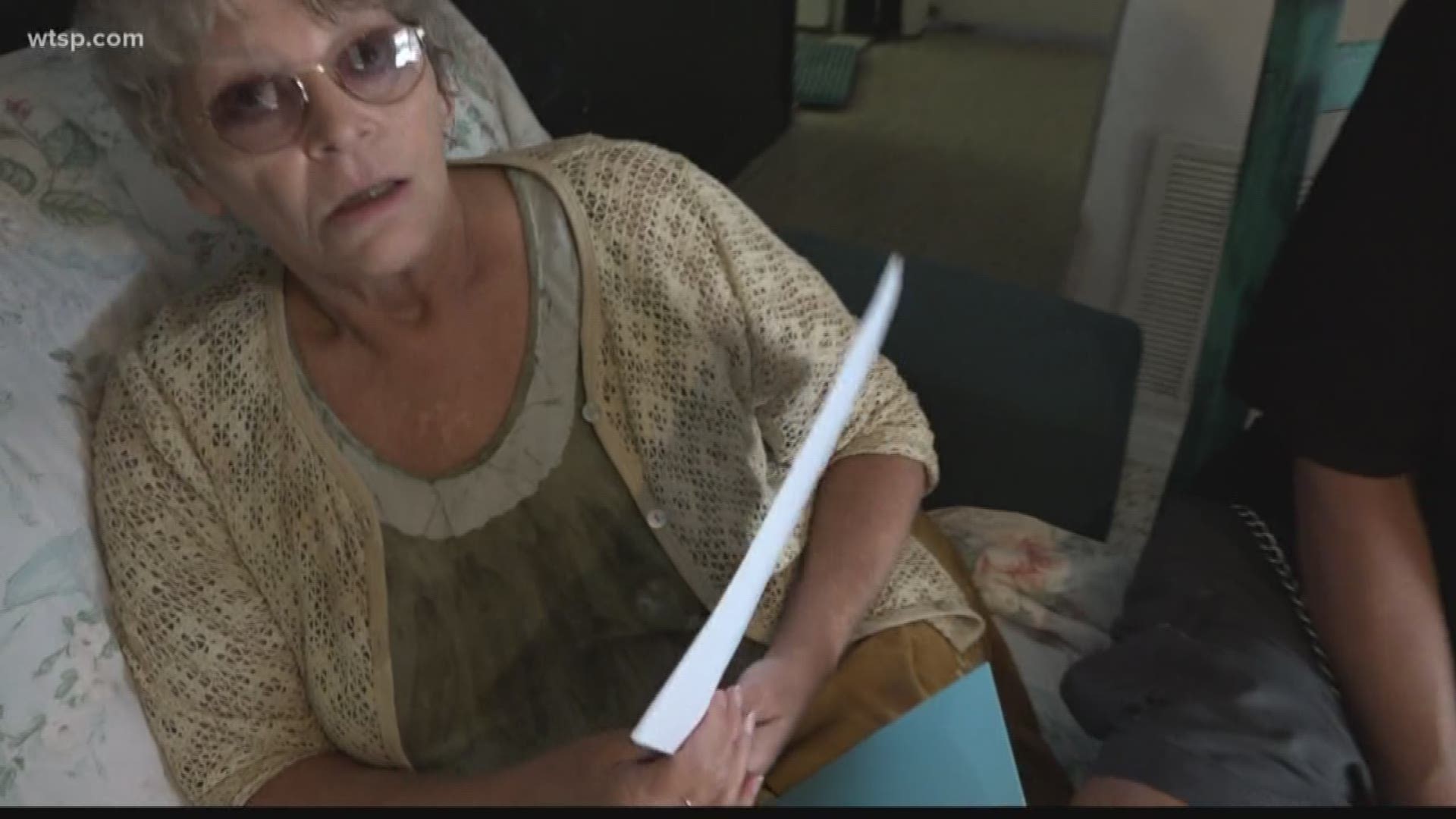 Bathroom remodeling is a big job and not something you want to tackle on your own. Many people turn to the internet to find local contractors to do the work.

That is exactly what Monika Ingersol did.

The deal was to refinish her tiles, put in new sinks and new fixtures in two bathrooms.

Monika paid $1,700 to start the work. Then, five days later she paid another $2,100. Both checks cleared. Unfortunately, so did the workers.

“I don't have any faucets, I have no water, I can't use it,” Monika told 10Investigates' Courtney Robinson.

TURN TO 10: Florida woman was looking for love but never found a match. Out thousands, she Turned to 10

Monika reached out to Indoor Outdoor Remodeling for answers but got nothing. She wasn’t the only customer getting the silent treatment.

Leslie Lance also called Turn to 10. She and her mother Patricia also contracted Indoor Outdoor Remodeling for what they were told was going to be a “million-dollar bathroom”. Leslie showed us what was left of her bathroom and says she got anything but that.

“Not even close. They didn’t put a light fixture on. They’ve ruined my wall,” Leslie explained while showing us around the unfinished room.

“He was a very very convincing person. He made you feel good,” Patricia explained.

What was even more convincing, both families say Grenwald had a packet of information showing certification from groups like the Better Business Bureau, and he also had a license. The problem…it isn’t Grenwald’s license. The license belongs to a contractor named John Rourke.

The head of investigations for the Pinellas County Construction Licensing Board says Indoor Outdoor Remodeling has never been licensed. In fact, the investigator tells us Grenwald broke the law.

“Should not have even gone to the home and written an estimate. As soon as he did that, he broke the law,” Todd Myers, Manager of Investigations for Pinellas County, told 10Investigates' Courtney Robinson.

Both Leslie and Monika say they never imagined hiring a business on a reputable web site would put them in a situation like this.

HomeAdvisor tells 10Investigates “LCAG FL LLC” is no longer a part of its network.

You can read their full statement here:

“We are always disheartened to hear about negative experiences homeowners may experience with a company in our network. This company, LCAG FL LLC, is no longer a part of the network and LCAG FL LLC business owners were screened using the full process prior to joining in 2018. Indoor Outdoor Remodeling in Florida was never a part of the HomeAdvisor network. We are committed to providing homeowners a good experience with pros we find on their network and encourage any homeowner who found this pro using our network and who has an issue with this company to reach out to us. For more information on the screening process www.homeadvisor/com/screening” – HomeAdvisor Spokesperson

The BBB also says this business is not and never was accredited by the BBB. And also the BBB wants consumers to know their logo was misused.

Any other consumer who believes he/she has been victimized by Mr. Grenwald, or been a victim of illegal contracting, may file a complaint with Consumer Protection at https://www.pinellascounty.org/consumer/. “