The state requires law enforcement to get bias training when they’re recruits, and then every four years after that. Some agencies do it more often. 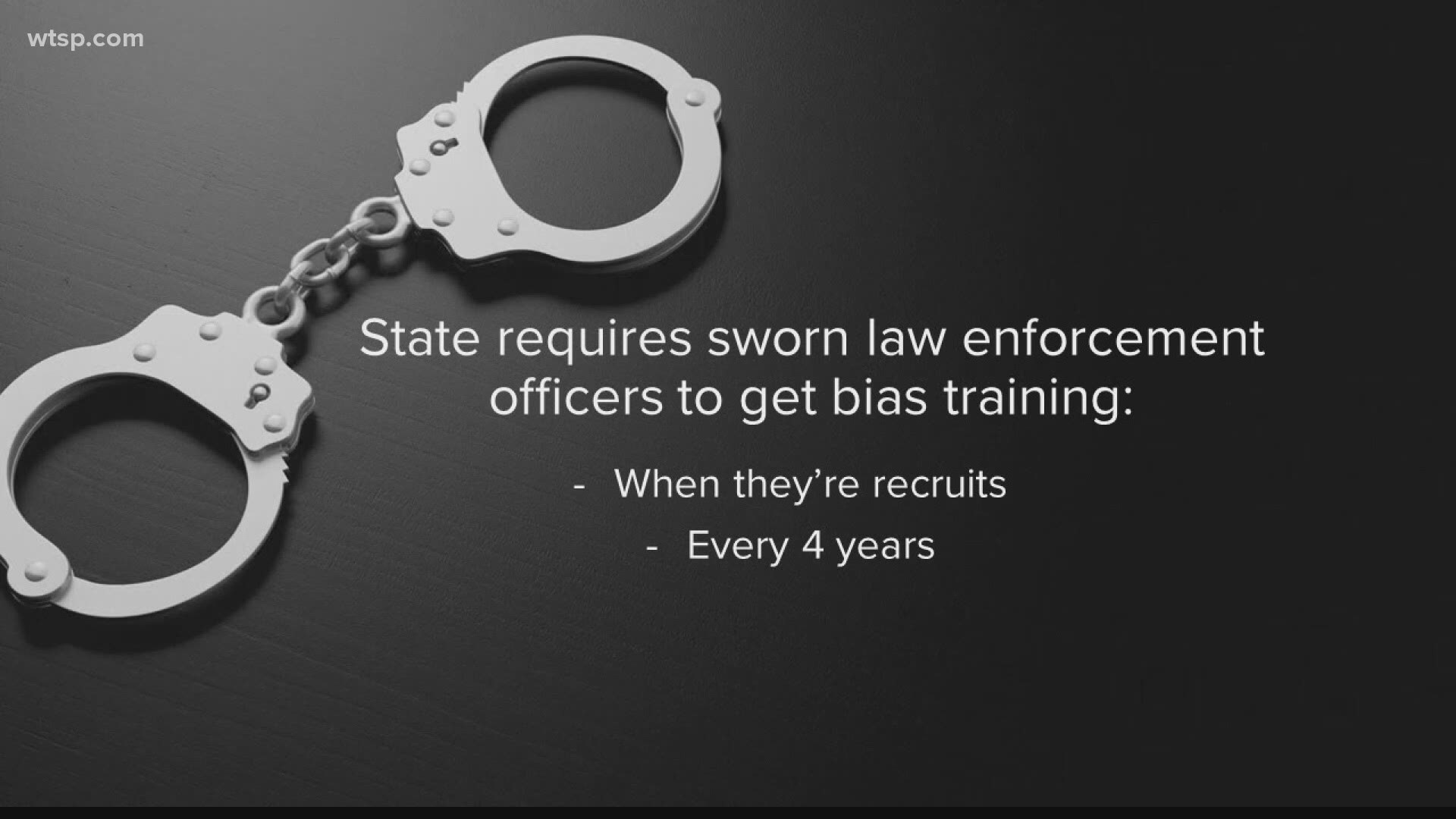 Some law enforcement agencies are responding to calls for reform by pledging to increase bias training for officers.

Trainers teach officers to be aware of their biases and how to prevent those biases from affecting how they treat people.

“Well, we all have our bias. So let’s, first of all, just [say that] right off the top there. But, it’s to make sure that officers are doing the right thing out there. And, that’s monitored several ways, by complaints, by traffic stops,” Holloway said.

St. Pete is one of several local agencies that train more frequently than the minimum standard set by Florida law. The state requires sworn law enforcement officers to get bias training when they’re recruits, and then every four years after that.

The course also uses role-play to help officers practice how to minimize conflict. The copyright at the bottom of each page shows the training was written in 2001, meaning all the references are more than 20 years old.

While the state requires bias training every four years, some local law enforcement agencies do it more often.

In 2017, the Commission on Accreditation for Law Enforcement Agencies, or CALEA, changed its standard to require bias training annually -- which is why the Polk County Sheriff’s Office says it made the switch.

RELATED: Why Florida police agencies are still so white

10 Investigates reporter Jenna Bourne will take a deeper dive into the effectiveness of police bias training in her next episode of What’s Brewing. It comes out Friday on our YouTube channel The Deeper Dive. Subscribe to make sure you don’t miss the episode!