Despite need for convalescent plasma, some donors turned away because of sexual orientation

10 Investigates looked into how blood and plasma donations are tested to find out why there are still restrictions on LGBTQ men donating. 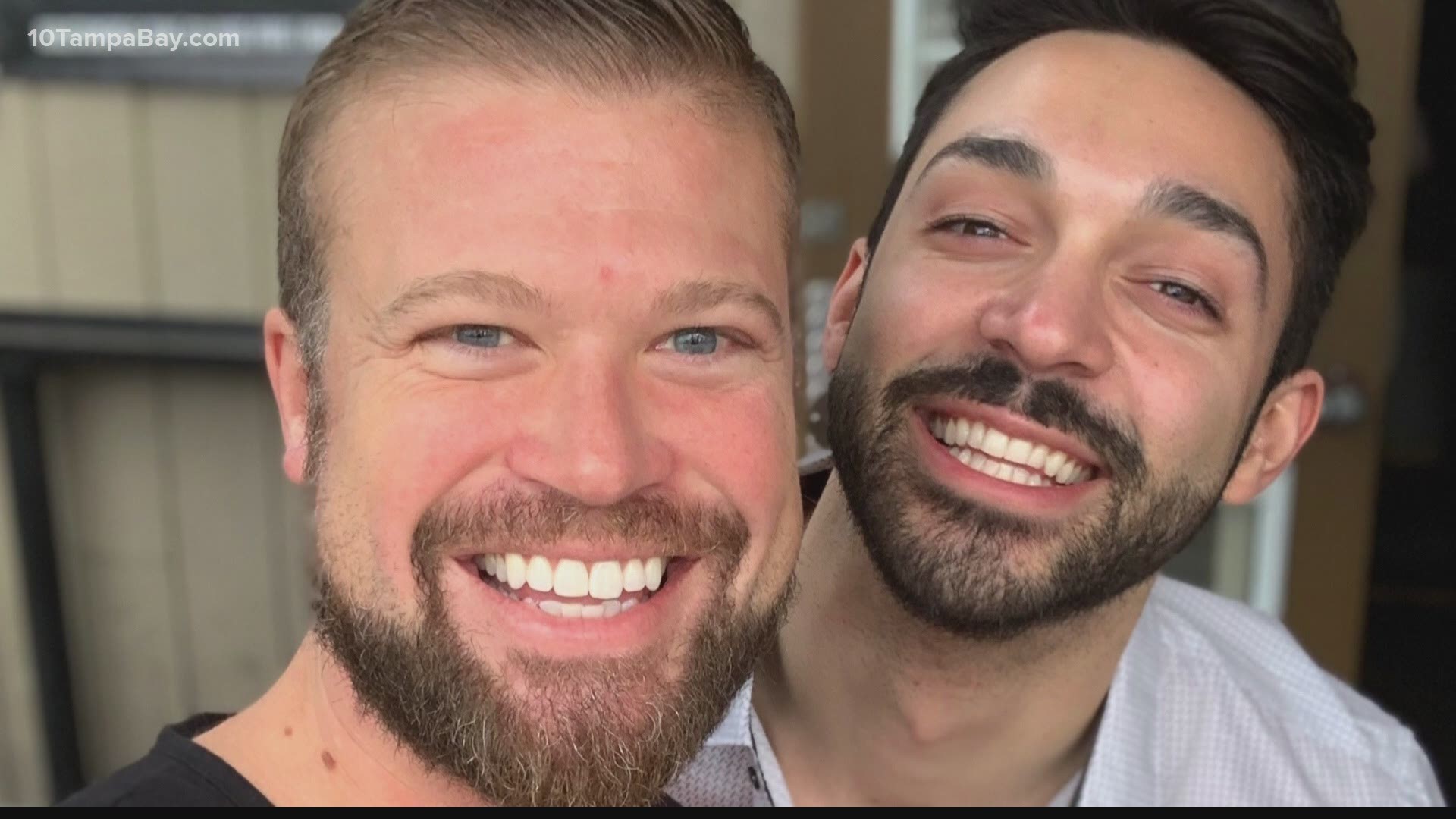 One treatment doctors have used is convalescent plasma from those who have recovered from the virus.

The need for people to donate has resulted in a state and national call for donors. Despite that need, some people are still being turned away because of their sexual orientation.

Austin Ruiz is a gay man.

"I have O positive blood, which is, you know, it can be given to most people," he said. "Oh, and I wish that I could donate my blood and other things to people but unfortunately, because of the restrictive ban, for men that have sex with men, you know, it's really disappointing that I'm not able to."

The ban was enacted in 1983 when the world was seeing more cases of AIDS and little was known about HIV. The U.S. Food and Drug Administration put a lifetime ban on any man who had sex with another man because they thought that was necessary to keep the blood supply safe.

In the '80s when this ban was put in place, we didn't' know much about HIV. That's changed. According to the CDC's website today, "great progress has been made in preventing and treating HIV."

The same goes for testing at blood centers. Progress has been made with the technology used to test donors' blood. Some of that blood gets tested right here in St. Petersburg at Creative Testing Solutions, according to OneBlood.

OneBlood said people at that lab are working around the clock.

"Every single unit of blood is tested; every donation will undergo the same series of tests to ensure that the blood is safe," said Susan Forbes, the Senior Vice President of Corporate Communications & Public Relations for OneBlood.

And, they don't just test for HIV.

So, if every single donation is tested, why is there still a group told they can't donate without making significant lifestyle changes?

"Well, FDA sets the criteria. So, you know, blood centers don't make the rules, but we most definitely have to follow them," Forbes said.

The FDA has changed its policy over the years. In 1992, the lifelong ban was changed to a 12-month deferral for any man who identifies as gay, bi-sexual, queer or who has had sex with another male. Then in April 2020, because there was such a need for blood and plasma for COVID patients, that policy changed to three months.

Even so, advocates like U.S. Rep. Mark Takano from California say it's not enough

"This is a disservice to the community. To have some not completely well thought out policy that still persists, that singles out a group of people from being able to contribute blood and therefore also convalescent plasma. This makes no sense at all," Takano said.

10 Investigates found at least 20 countries that don't have any blood donation bans in place specifically for men who have sex with other men.

"This is the type of issue that would get discussed and we would take some sort of action," Takano said.

Ruiz hopes action is taken sooner rather than later.

"I had coronavirus in late June," he said.

He's since recovered and wants to help.

"I got an email that morning from LabCorp asking me to consider donating my plasma. That way it could be used in research for you know, COVID vaccines," he said.

Even the governor of Florida held a news conference urging those who have recovered to donate.

"One of the best things you can do if you recovered from COVID-19 is donate blood, plasma," Gov. Ron DeSantis.

But because of the policy, Ruiz and many other gay and bisexual men can't.

"And the fact that I can't do that simply because of my sexual orientation. And you know, who I choose to have sex with. It's disappointing. It's disheartening. And it just makes me feel ultimately powerless in the grand scheme of things and in a world where we already feel like we can't do anything at all," Ruiz said.

U.S. Rep. Val Demings (FL-10) and Rep. Mike Quigley (IL-5) introduced the "Science in Blood Donation Act of 2020" on September 4. The legislation would require the FDA to revise its guidance on reducing the risk of transmitting HIV by blood to be "based on an assessment of current testing accuracy and individual risk-based analysis, rather than categorization."

The legislation would also require the FDA to change its blood donor questionnaire about sexual behaviors to evaluate donors equally, without regard to sexual orientation or gender identity.

Here's what the donor history questionnaire looks like now.

Read more on the legislation here