In a statement, the Diocese of Charlotte said they are currently unaware of any allegations while those individuals were in the Charlotte area. 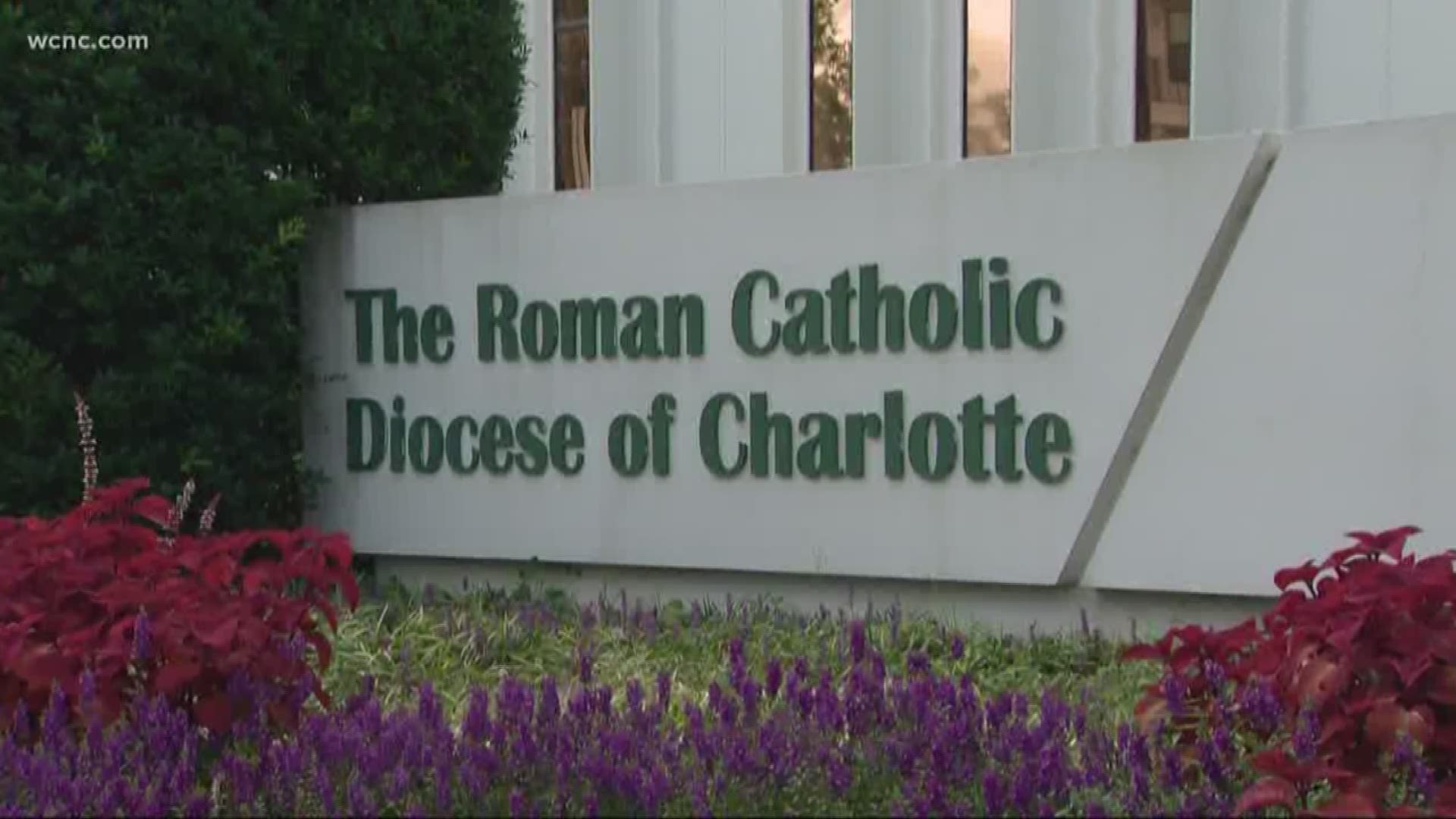 CHARLOTTE, N.C. — The Diocese of Charlotte is gathering information after five people on a list of credibly accused members of the clergy were believed to have prior connections to the Charlotte area.

On Friday, the Ohio-based Glenmary Home Missioners released a list of clergy members credibly accused of sexual abuse of a minor or vulnerable adult.

Five clergy people on that list are believed to have previous connections to the Charlotte area, including Al Behm, Adelbert Holmes, Ed Smith, Gino Vertassich and Tony Jablonowski. The Diocese of Charlotte said those people appear to have formerly served within the Diocese of Charlotte, and diocese officials are now gathering information.

The Casper Star Tribune reports while he denied doing anything sexual, a priest with the same name as Tony Jablonowski was accused of holding strange rituals in the church basement with young men in their teens and 20s and pleaded no contest to a charge of molesting a 17-year-old.

Here in North Carolina, church officials say Glenmary missioners served in some of the Charlotte Diocese's "smallest and most remote parishes, particularly in the far western part of the state" decades ago.

In a statement released Saturday, officials with the Diocese of Charlotte said they are currently unaware of any allegations while those individuals were in the Charlotte area.

"We are grateful the Glenmary religious order has released the findings of its historical review, as it is important to notify all communities in which these clergy have served," the diocese said, in part, in a statement.

The diocese has zero-tolerance for child sexual abuse, according to the statement, and will report any abuse allegations to authorities, remove the clergy accused from their ministry, and publicly report names found credibly accused after investigations.

Officials with the diocese encourage anyone who has been the victim of abuse to report it to authorities and to seek help.