FBI says solving one Bardstown case might bring answers to others 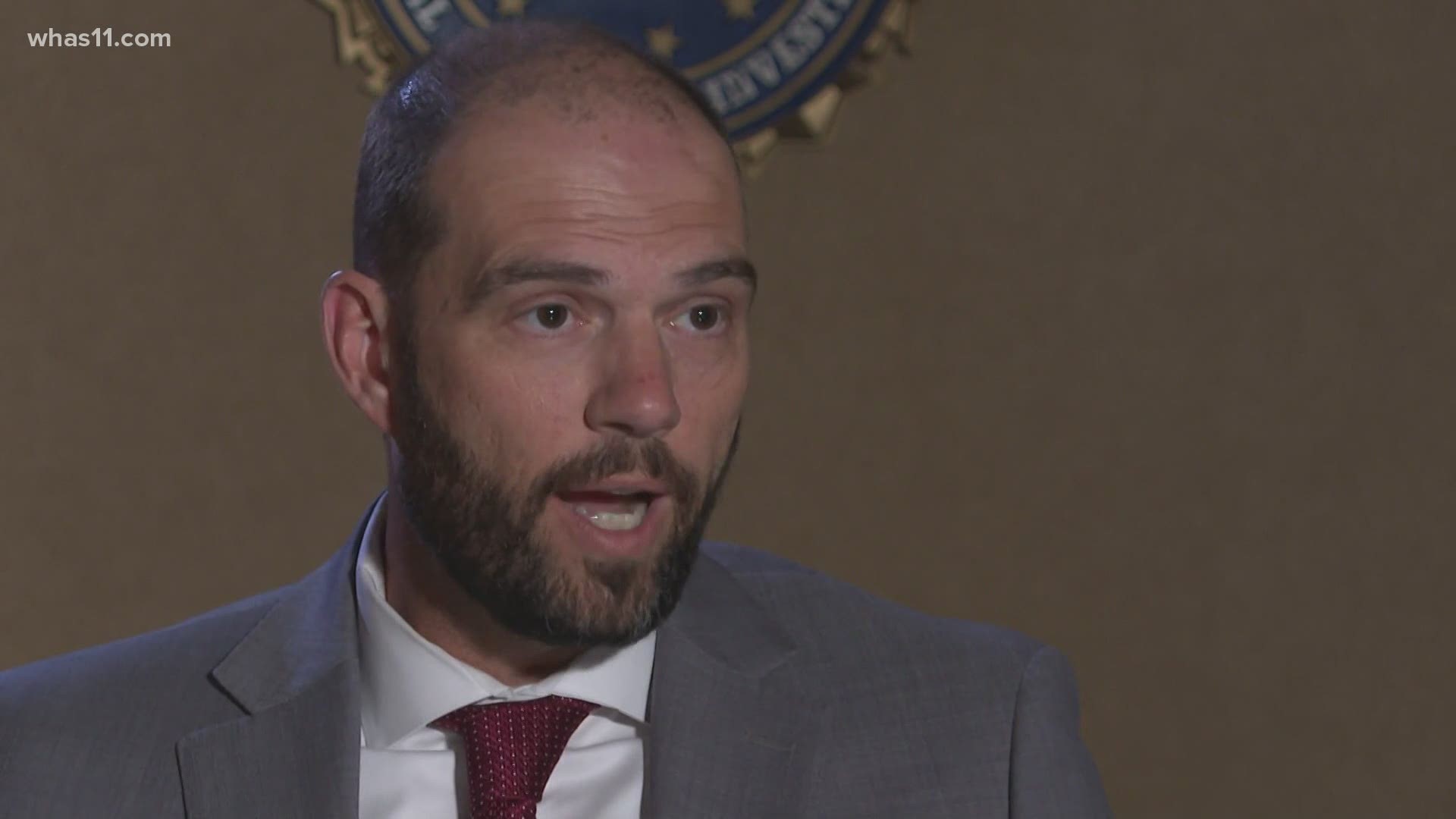 LOUISVILLE, Ky. — In a one on one interview, FBI Louisville's Assistant Special Agent in Charge Brian Jones said the agency has collected a lot of evidence in the Crystal Rogers investigation over the last two weeks.

"We did collect a substantial amount of evidence during the search warrants that we hope will lead to a conclusion in this investigation," Jones said.

The FBI announced they were taking the lead in the Rogers’ case in early August, however Jones said they have been working on the case much longer.

"For the past year, we've had a number of agents working nonstop on this case. That's all been behind the scenes. Now, it’s in the open," Jones said.

Jones said the FBI has had around 75 agents and investigators from partner agencies in Nelson County executing search warrants and following up on interviews. He said the agency is working in partnership with Kentucky State Police and the IRS.

Jones said the timing between the FBI's announcement and discovery of human remains in Nelson County was pure coincidence.

"Because we have been involved in this investigation for more than a year and it took a lot of planning to execute this search warrants in Nelson County, it was happen stance that remains were found shortly before we executed the search warrants," Jones said.

"We have taken those remains and we have sent them to the FBI laboratory, where they are working to identify those remains as quickly as they can," Jones said.

Jones said the agency would not leave a family waiting if they already knew the identity.

Rogers' case is only one of multiple unsolved cases in Nelson County. The FBI confirmed they are working on all on the cases, including Bardstown Police Officer Jason Ellis, Kathy and Samantha Netherland and Tommy Ballard, Rogers' father who was shot and killed while hunting.

Jones said they are investigating each case independently, but said they are "not ruling anything out" when asked if he believes the cases are connected.

The FBI said they are getting new tips on all of the cases, and following new leads, but Jones said the agency is in no hurry.

"We want to get it right. We want to ensure that...we are doing everything we can to solve the case," Jones said. "Sometimes moving fast is not the best solution for any type of complex investigation like this. It has taken some time but we are hopeful we are going to bring these cases to a resolution and solve these crimes."

As for what's next, Jones said special agents will continue their work in Bardstown, responding to tips and following new leads.

"We may be knocking on doors, we may be talking to folks in the community," Jones said. "It could be somebody submitted a tip that a citizen has information, and we may be following up with that person."

The FBI has requested the help of the public, asking for any information related to the cases, including hearsay.

"Someone in the community has information that will ultimately help us solve these cases," Jones said.

Anyone with information is asked to report tips anonymously to the Crystal Rogers Task Force's website.

The Bardstown podcast, which details new developments in the Rogers case and other unsolved Nelson County cases, is available on Apple Podcasts or any other streaming service. Listen to it below: