The Colorado Department of Corrections officer was intercepted as he was going into work at Buena Vista Correctional Facility. 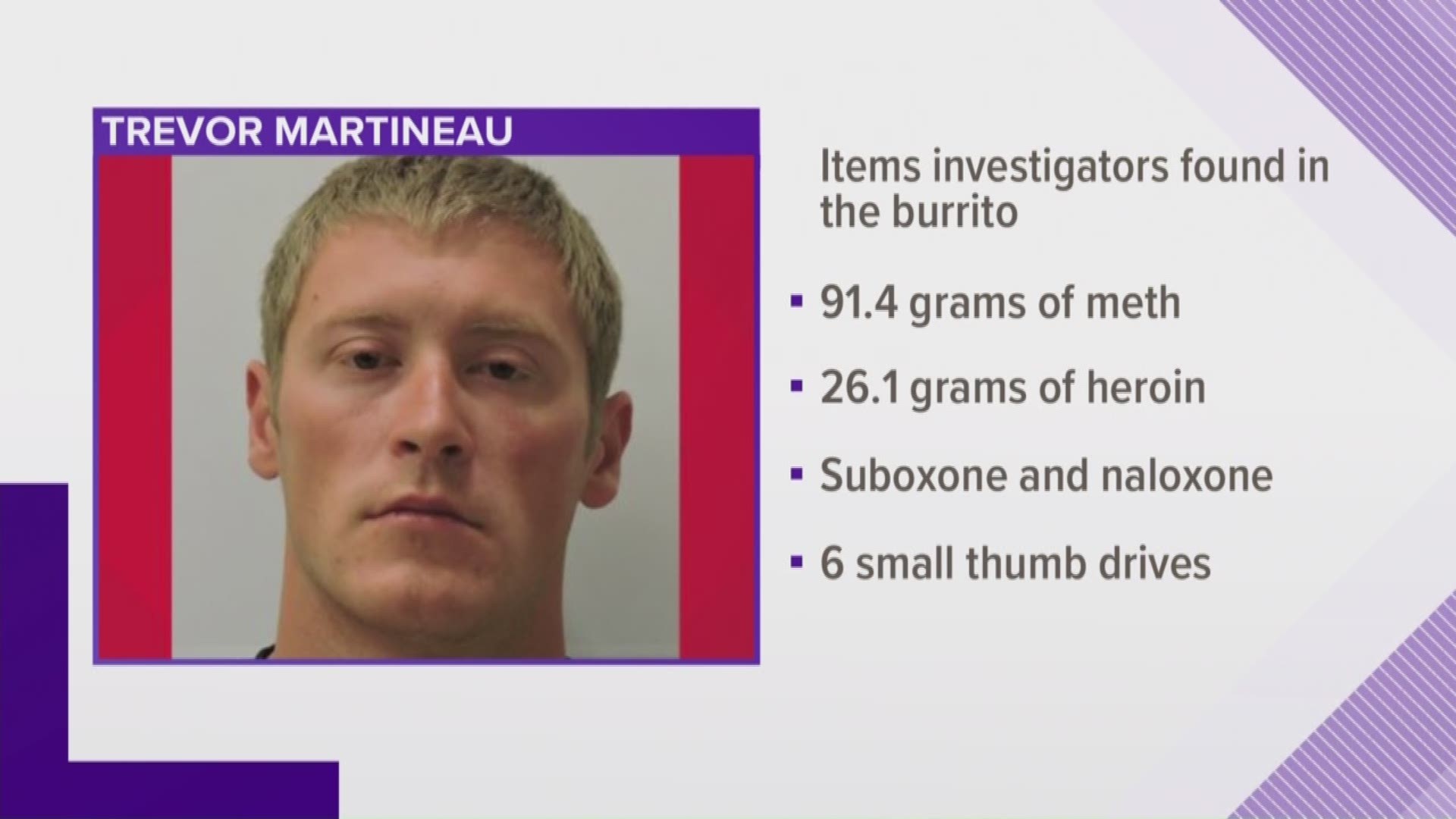 Trevor Martineau faces a variety of felony charges and, according to a statement from the Colorado Department of Corrections, no longer has a job with the state.

He’s due back in a Chaffee County courtroom next week.

Acting on a tip from a prisoner, a Colorado Department of Corrections investigator approached Martineau as he arrived for work at the prison on July 2.

During an interview, court records suggest Martineau told the investigator he had drugs inside his lunchbox.

Upon opening the lunch box, an investigator – according to an affidavit of probable cause – “discovered a large burrito inside the Defendant’s lunch box and observed a plastic baggie sticking out on (sic) end of the burrito.”

Court documents also suggest Martineau was paid $1,000 for “picking up the narcotics.” The documents do not say who might have paid him.

Martineau, according to a DOC spokesperson, started working in the state’s prison system Aug. 1, 2018.

“I recently hired a new Inspector General, and I have tasked her and her team with the responsibility to aggressively pursue all criminal matters that occur inside the prison system, no matter the source. Our IG’s Office helps us ensure our internal house is in order, and that our facilities are kept safe by rooting out any alleged illegal activity. I am very proud of the work our staff did to bring this case forward.”