Antibiotic-resistant 'superbugs' could be the next big health threat. Beneficial viruses could be the solution

Maryland is a hotspot for research and production of superbug-killing bacteriophages. 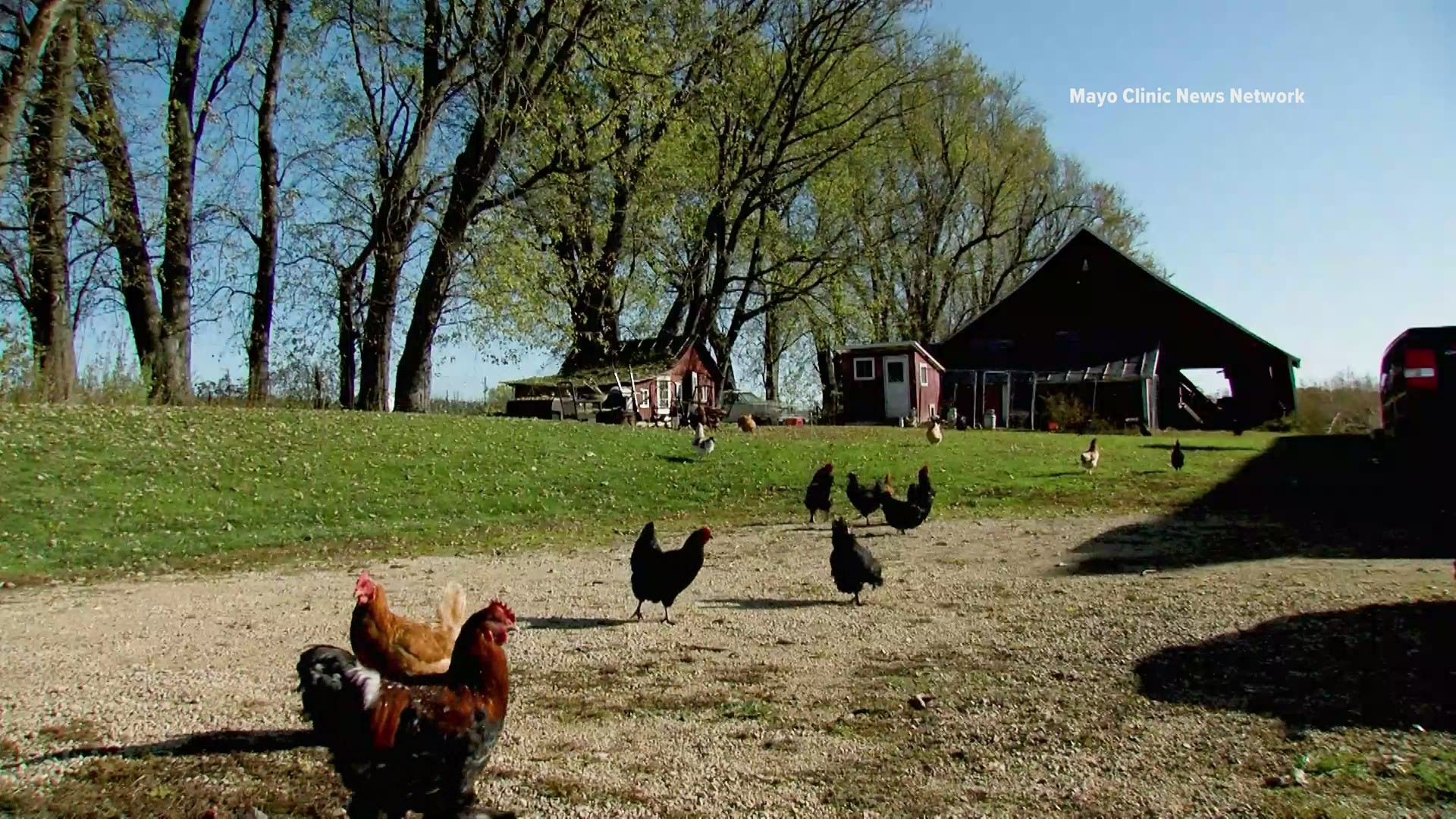 The Blakes came down with the H3N2 influenza strain March 2012. It weakened their immune systems, according to Elaine, who was also infected. Antibiotic-resistant bacteria reached their lungs, and Elaine's family was eventually killed by a pneumonia infection brought on by the "superbug."

In Minnesota – a long way away from the Maryland laboratory that saved his life – John Haverty now walks around his farm. That's more remarkable than it sounds, because Haverty spent more than a decade undergoing multiple surgeries after an antibiotic-strain of bacteria infected his leg. Doctors didn’t know where it came from.

"I had 17 surgeries with five different strains of bacteria over the 11-year period. So it was, until the very end, when the options were amputate my leg, or ... well, that was it," Haverty said.

As a last-ditch effort, doctors offered Haverty an experimental therapy: beneficial viruses. Viruses are even smaller than cells, and some can slip inside and destroy bacteria. Those good viruses are called bacteriophages.

Labs like Adaptive Phage Therapeutics in Gaithersburg, Maryland, produce bacteriophages. Maryland has come to be a hotspot for bacteriophage research.

"You have NIH, you have NIST, you have multiple Army bases, Navy bases, all in Maryland, jam-packed," said microbiologist Bri'Anna Horne.

Adaptive Phage Therapeutics found out which superbug infected Haverty’s leg and created the right bacteriophage to destroy the infection just before Haverty's doctors had to amputate his leg.

Microbiologist Viet Dang said, "We can take our work now that is saving individuals and potentially go out and save hundreds or thousands of people."

Both microbiologists are in their mid-20s and are recent graduates of the University of Maryland Baltimore County, one of the country’s leading programs in bacteriophage research.

Dr. Alexander "Sardo" Sulakvelidze came from the former Soviet country of Georgia and was shocked when a friend told him of a patient who died from a superbug infection. The CDC says 35,000 Americans die every year from antibiotic-resistant superbugs.

"Somebody just died. Somebody's father, husband, friend, in the most developed country in the world, after undergoing one of the most sophisticated medical procedures, and died from simple infection that probably could have been treated easily in Georgia, in the developing country where I came from. It just made no sense," said Sulakvelidze.

He founded Intralytix, a bacteriophage producer in Columbia, Maryland.

Using cutting-edge robotics, Intralytix can test and match bacteriophage virus with the bacteria they kill faster than ever before.

With antibiotic resistance rising, these Maryland scientists view it as a race against time.

"If we were to end up in a pre-antibiotic era, of those tens of millions, if not hundreds of millions of lives saved because of antibiotics, we will lose all that," explained Sulakvelidze.

Researchers believe that with human trials underway, bacteriophage treatments will be available in American pharmacies in the next several years.

On the wall of Adaptive Phage Therapeutics are pictures and descriptions of the lives saved through their bacteriophage therapy trials. Only one has a signature on it. John Haverty drove from his Minnesota farm to Gaithersburg just to tell this crew how much all of them meant to him.

"The superbugs are coming. It's not news today, because COVID-19 still takes over everything. But in the years as they come and the resistance to antibiotics becomes more common, you're going be hearing about these superbugs," said Haverty.

Currently, Maryland-based bacteriophage labs are only assisting patients on a "compassionate use" basis when doctors exhaust other bacteria infection treatment options. If you or someone you know reaches that point in an antibiotic-resistant infection, have a doctor reach out to the labs listed below: