He says cases of patients coming into his office being overcharged and overdiagnosed is on the rise. 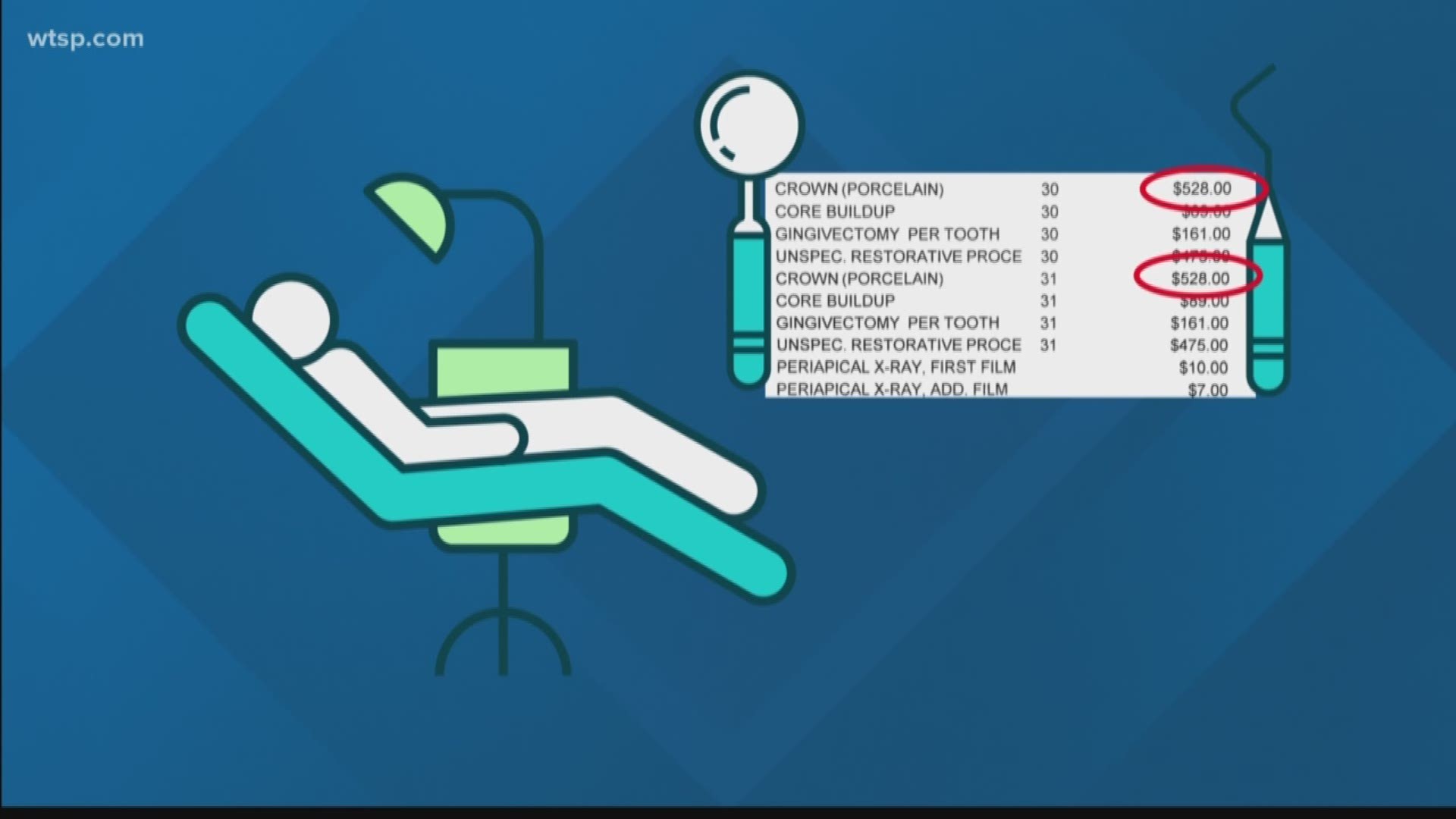 He says the numbers on his dental plan, plus the description for the procedures, just didn’t add up.

“It was the first dentist I had went to probably in a few years," he said. "I was expecting them to find something. So during the exam, they found decay and all that stuff.”

While on vacation a few months later in Australia, one of those crowns fell out.

We took a look at the treatment plan: The crowns cost just over $500 apiece. But then there were two other charges for $475 each, labeled "Unspecified Restorative Process."

Trerotola's insurance didn’t recognize what it was, so they didn’t cover it.

That’s when he turned to a second opinion.

“They scoffed and said they heard this a lot. I handed the estimates to them and I found out that the original dentist was adding unspecified amount to the bill that she knew wouldn’t get paid by insurance. A lot of things trickled up,” says Trerotola.

Schroeder says cases of patients coming into his office being overcharged and overdiagnosed is on the rise.

“It is on the increase. We get treatment plans and they have all of these add-ons. One had an upgrade for premium porcelain. I don’t even know what that means,” says Schroeder.

Schroeder explains that he sees it with patients who have been to dentists at a corporate chain to even the private sector.

“I had an assistant who worked for corporate and he was a treatment plan coordinator and his job was to find $1,500 on every patient,” says Dr. Schroeder.

Before you go to the dentist, look at their reviews. Schroeder says most of the dentists he sees up-charging all have bad reviews.

‘‘If you get a big treatment plan and you wonder if this is real, get a second opinion,” says Dr. Schroeder.

In a digital age where that smile is becoming the prime focus, some dentists are focusing on the fact that the patient in the chair won’t think twice about to cost for perfecting the pearly whites.

“I just don’t like seeing what is happening,” says Schroeder.

“Dental health is no joking matter. This is creating a negative feedback and what happens instead of going in for preventative care, they‘re not going at all,” says Trerotola.

If you want to look up your dentist, for their license or any complaints investigated against them, just visit http://floridasdentistry.gov/