The report, sent to Governor Ron DeSantis on Friday, found that the contractor hired to facilitate the state’s tolling system wasn’t prepared for the volume of transactions that ultimately wound up crashing the system, leading to more than a year of customer complaints.

The official findings in the report include, “bandwidth and server capacities did not meet consumer demand."

Conduent, the vendor who won the SunPass contract with Florida’s Department of Transportation, ended up losing the second half of the 14-year agreement.

"Since June 2018, Conduent has processed more than 1.5 billion SunPass transactions and more than 500 million Toll-by-Plate transactions," Conduent Senior Director David Schnell wrote in a response to the report. "The website and mobile app are now performing exceptionally well with over 400 million page views."

"We worked immediately to address these issues and regret any inconvenience they may have caused SunPass customers," Schnell added.

As 10Investigates has previously exposed, the state chose not to run its old toll billing system in parallel with the new system that was launched in June 2018.

That meant when the new system didn't work properly, there wasn't a backup.

That led to millions of backed-up toll transactions and the inspector general investigation. The Florida Department of Transportation has already imposed the maximum penalties, about $8.3 million, against Conduent for the tolling system meltdown. 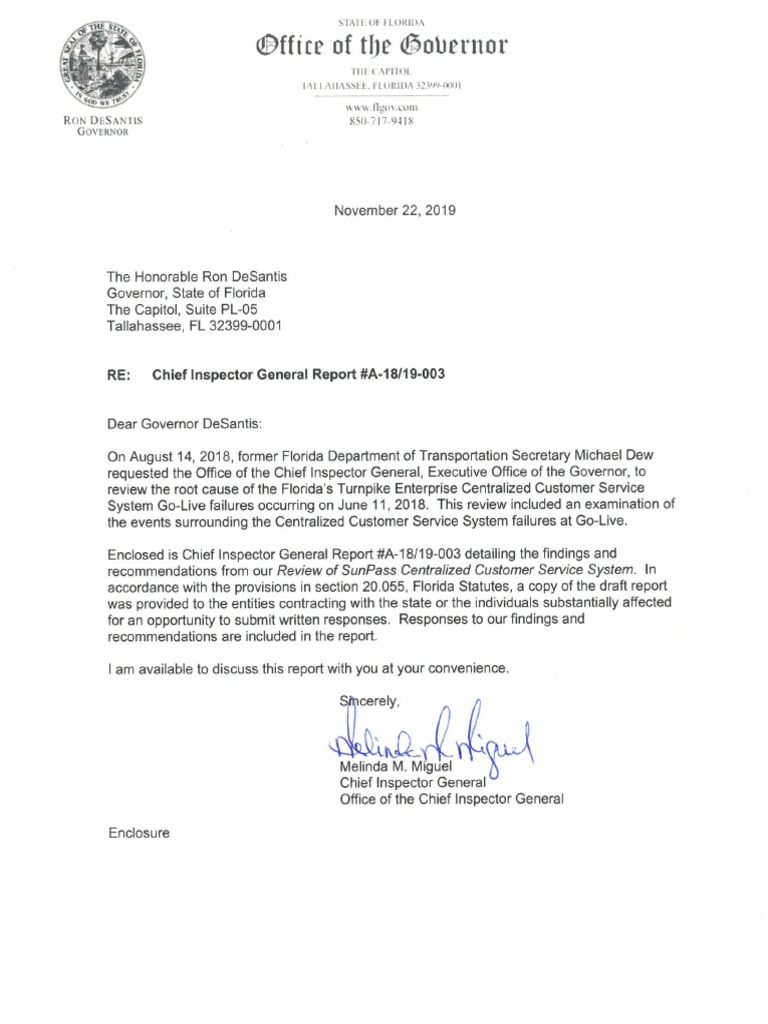 Inspector General Sunpass Final Report | Toll Road | Payment Card Industry Data Security Standard
CIG Number: #A-18/19-003 Secretaries and Other Key Officials The Florida Department of Transportation (FDOT) Secretaries, Florida's Turnpike Enterprise (FTE)Executive Directors, and other key officials who served during the period of this review are listed below. Bren Dietrich FTE Consultants The following contracted key staff served from the period of 2012 through 2018 on behalf of Florida's Turnpike Enterprise. 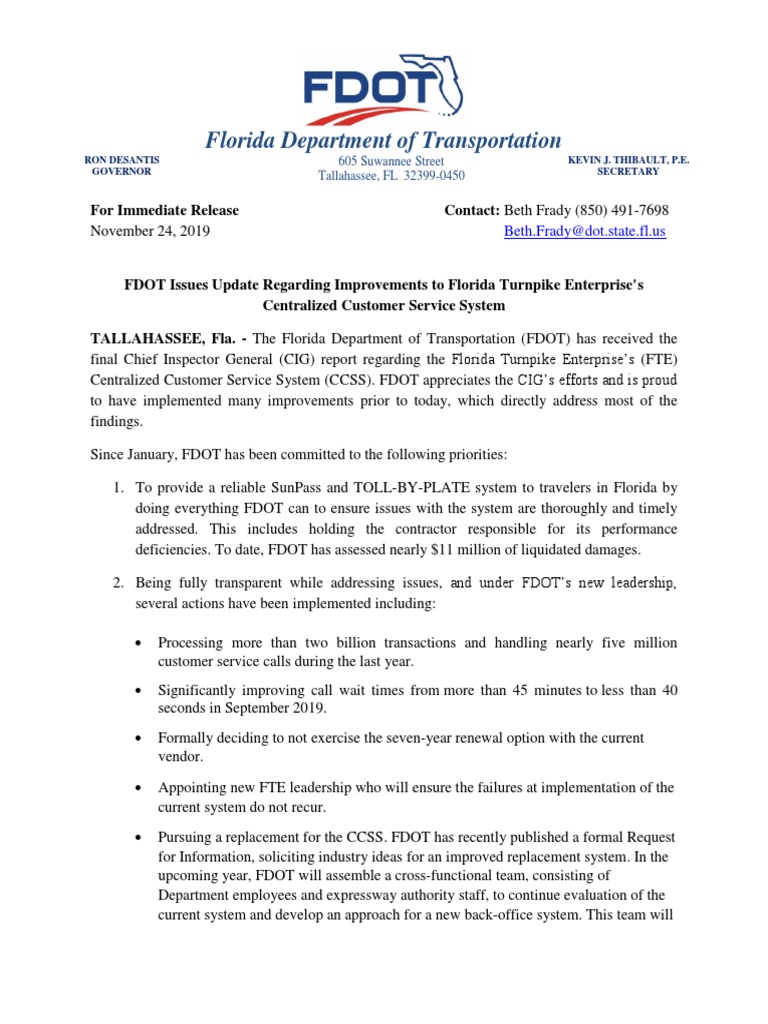 Fdot Sunpass release | Business | Government
As 10Investigates has previously exposed, the state chose not to run its old toll billing system in parallel with the new system that was launched in June 2018. PDF, TXT or read online from Scribd Is this content inappropriate?

RELATED: Turn to 10 gets resolution for SunPass user after court threatens to suspend license