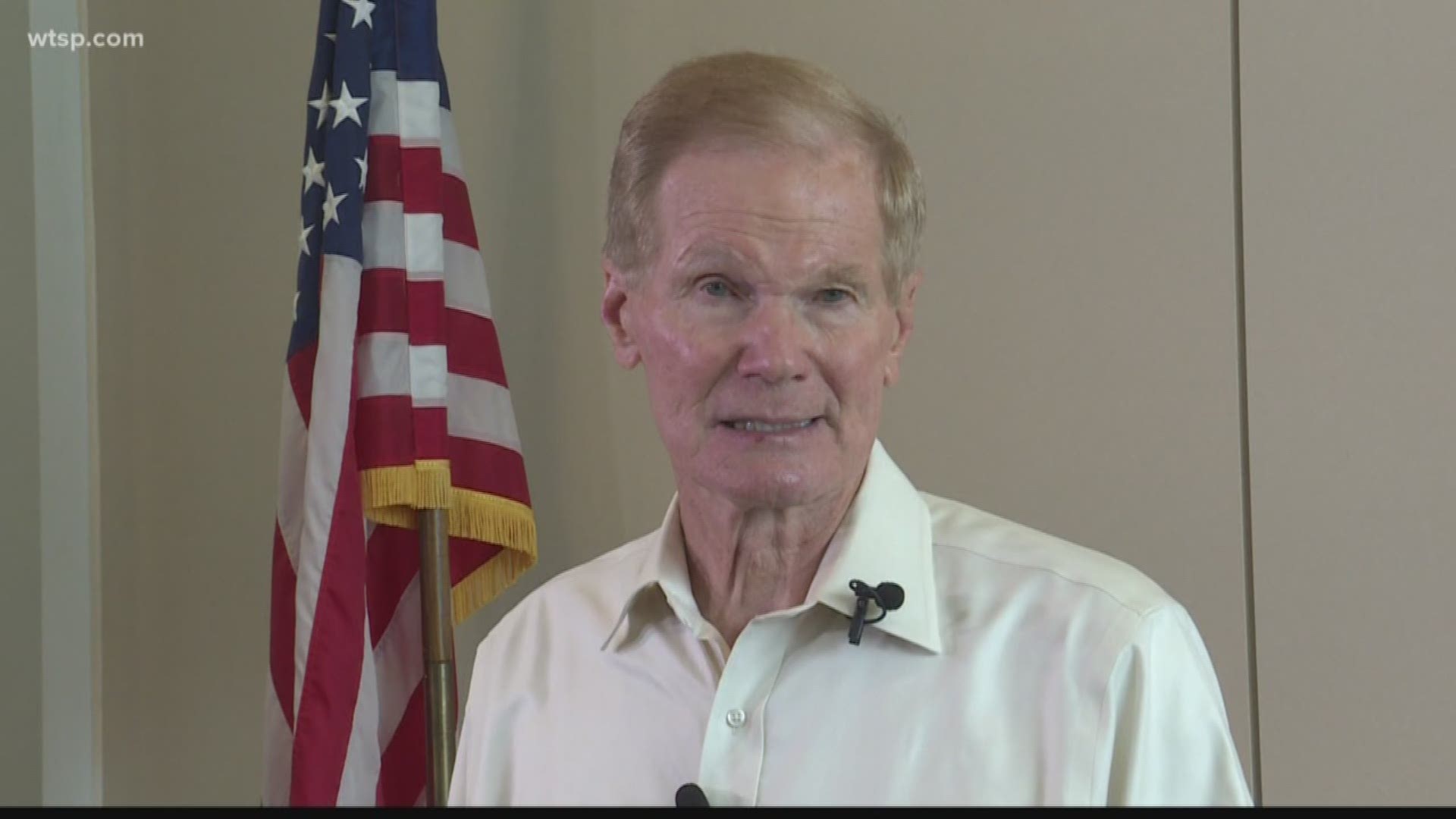 TAMPA, Fla. - Democratic U.S. Sen. Bill Nelson is calling for a federal investigation into the vendor responsible for mismanaging the SunPass toll system.

EMAIL: Do you have a SunPass story or bill for us to see? Email us at tips@wtsp.com

“Conduent’s pattern of mismanaging cashless toll systems is deeply troubling and warrants further scrutiny,” the senators wrote. “If drivers are being hurt financially, the FTC should hold the company accountable and prevent it from doing further harm.”

Specifically, the company has been accused of billing customers for inaccurate toll charges, late fees and penalties.

In Florida, the state’s SunPass maintenance was supposed to last from June 6-11. The outage has caused a backlog about 170 million tolls.

Nelson thanked 10Investigates for its work detailing the SunPass maintenance problems during a news conference on Monday afternoon in Tampa.

"I want to thank Channel 10 because you all have been 'Johnny on the Spot' to get this out into the public domain," Nelson said. "Otherwise, people would be in the dark.

"'What's this $250 bill that I suddenly got?' The fact that you and others have exposed it, now, somebody like me and Sen. Peters up in Michigan can get into it."

Sen. Bill Nelson thanked #10Investigates for our #SunPass series today, and called on the FTC to investigate @Conduent, the politically-connected corporation that keeps screwing up electronic tolling in states all across the country: https://t.co/JFFY5H96xP pic.twitter.com/whV8iXKQwC

Nelson and Peters sent the following letter to Simmons on Monday.

We write to request that the Federal Trade Commission (FTC) investigate Conduent State & Local Solutions (Conduent) for conduct that has financially harmed the driving public. Previously part of the Xerox Corporation (which separated from Conduent in January 2017), the company contracts with state departments of transportation (DOTs) to administer and maintain their electronic tolling systems. In so doing, Conduent has billed consumers with wrongful toll charges, late fees and penalties, oftentimes imposing considerable financial harm. According to press accounts, consumers in numerous states, including Florida, Michigan, California, Texas, New Hampshire and Maryland, have experienced problems with Conduent’s customer service and its administration of their electronic toll systems. Just recently, the Florida Department of Transportation suspended contractual payments to Conduent for significant problems with its customer service and payment systems, including its failure to process millions of customer transactions thereby causing consumer harm.

Conduent’s pattern of mismanaging cashless toll systems is deeply troubling and warrants further scrutiny. If drivers are being hurt financially, the FTC should hold the company accountable and prevent it from doing further harm.

We recognize that Conduent is a third-party vendor that conducts work on behalf of state DOTs pursuant to contractual obligations and, as such, those state DOTs are responsible for addressing harm to their citizens. However, we also believe there is a role for the FTC given Conduent’s practices have directly burdened consumers with onerous toll charges and, consequently, directly and negatively impacted their financial well-being.

In particular, it appears that Conduent’s mismanagement could be considered “unfair” under the FTC Act, which prohibits conduct that (1) causes or is likely to cause substantial harm, (2) is not reasonably avoidable by consumers, and (3) is not outweighed by any countervailing benefits to consumers or to competition. In the past, the FTC has held third-parties accountable for unfair practices, including in the areas of mobile telephone cramming[1] and payment processing[2]. We believe that the commission should similarly explore whether Conduent’s conduct is unlawful under section 5 of the FTC Act.

Thank you for your attention to this matter.

The Scott for Senate campaign issued a response to Nelson's announcement Monday afternoon:

“Governor Scott has been clear that these issues are completely unacceptable, which he is why has taken action to stop payments to the vendor and hold them accountable. Millions of transactions are being processed every day and late fees have been waived to keep this from impacting drivers on their daily commutes. It’s typical for a career politician like Bill Nelson to think the only way to fix a problem is to write letter and point fingers. With the national flood insurance program days away from expiring, Bill Nelson should be in Washington doing his job, not hosting political stunts funded by taxpayer dollars.”

10Investigates has asked the campaign what specific penalties Scott plans on assessing to Conduent, but has not yet been told of any specifics other than temporarily suspending payments on the contract.