Sources: Politics getting in way of SunPass accountability

The Florida Department of Transportation oversaw the botched upgrade of the SunPass system. But 97 days into the disaster, nobody has been held accountable at the agency for its failures...and powerful Republicans want nothing to do with addressing the issue right now. 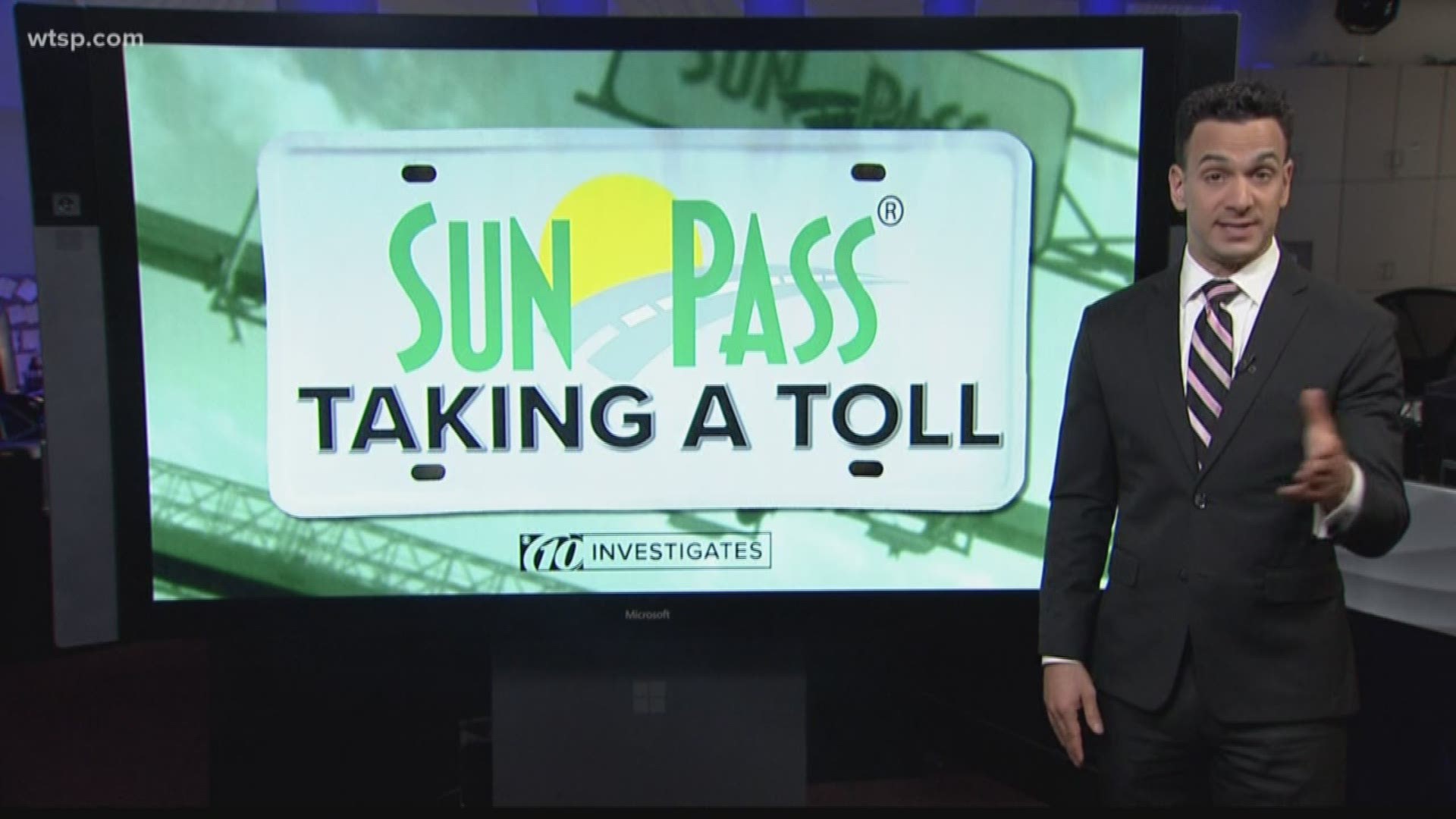 TAMPA BAY, Fla. - Key lawmakers tell 10Investigates the state's slow response to its massive SunPass collapse is likely a product of the governor's ongoing campaign for the U.S. Senate. The election is two months away, and negative attention on the Florida Department of Transportation could reflect poorly on the governor.

The comments, made on background by both Democratic and Republican lawmakers, may explain why no FDOT employees or SunPass consultants have been disciplined yet for their roles in failing to spot red flags related to an early-June system overhaul. The state decided to proceed with the upgrades despite internal concerns the system was not ready.

While Scott launched an investigation into the problems in August, it only came after eight weeks of 10Investigates questions and more than a dozen stories exposing negligence from FDOT and its contractors: It's unclear if the investigation will yield any results before the November election, but several Tallahassee veterans told 10Investigates it would be unlikely.

"It's politics," said former Republican state Sen. Mike Fasano, who was appointed Pasco County's tax collector by Scott in 2013, but has been a regular critic of Scott and his former Republican colleagues since then.

FDOT has only recently started providing requested records to 10Investigates in a timely fashion; during the height of the SunPass disaster, when nearly 200 million tolls sat unprocessed in a computer backlog, the agency chose to communicate almost exclusively through optimistic -- and sometimes inaccurate -- press releases touting the agency's progress.

But customer service problems seem to be getting worse, not better. Toll-by-plate and toll violation bills won't start going out until at least October. And 10Investigates determined FDOT officials went forward with the toll project despite red flags they spotted in the weeks leading up to the failed launch.

“A politician needs to point all of that aside and do what’s right," Fasano said. "And unfortunately in Tallahassee, that doesn’t happen often.”

The governor's press secretary, Ashley Cook, responded Wednesday, "The Governor has been consistent all along – he wants answers and FDOT will hold the vendor accountable.

“That’s why the state’s Chief Inspector General is doing an investigation and FDOT will reimburse any overdraft fees that customers experience and will send the bill to the vendor. Also, FDOT is continuing to waive late fees and will bill hundreds of thousands of dollars in damages to this vendor.”

Response: After two months of 10Investigates stories, FDOT has only now just gotten more forthcoming with public records and SunPass-related information. But the agency still refuses to acknowledge interview requests and has released most information through deceptive press releases, rather than direct answers to reporters' questions. At one point, it even tried to send simple records via U.S. Mail, an apparent attempt to delay their release. Barbara Peterson, with Florida's First Amendment Foundation, said: "FDOT needs to remember that there is a constitutional right of access to all non-exempt public records in Florida and they should be doing everything they can to facilitate your ability to obtain records rather than obfuscate and delay.” And the public still has no explanation -- outside of 10Investigates' reporting -- of how 6 million customers were inconvenienced so badly.

Response: FDOT, its partners and its vendors have been working around-the-clock to fix the computer issues, and they have announced there will be no fines or penalties on customers during the ongoing disruption. The toll backlog was finally cleared in mid-August for many SunPass users, but E-Pass and Toll-By-Plate customers are still seeing long delays in billing. The state has rolled out its plan to reimburse customers for bank overdraft fees. But account errors – of which there are multiple indications that there are plenty – are the responsibility of the customer to identify and report before refunds are issued.

Concern: Some customers have to wait more than four hours to speak to representatives, and SunPass' promise to respond to emails within two days are going unfulfilled.

Response: An FDOT spokesperson says extra staff members have been dedicated to customer service but has been unable to provide specifics over the course of the last three months. In July, an agency spokesperson touted website improvements and Conduent's reduction of call center wait times. But, in August, the website continued to crash and call center wait times exploded as more drivers discovered unexpected and some inexplicable charges on their accounts.

Response: The mid-August announcement that Florida's inspector general would investigate came only after 75 days and four 10Investigates interviews with Scott. No scope has been announced for the investigation, but the governor's office said it would likely be "broad." Payments were halted to Conduent in late June, but 10Investigates revealed the company is still getting paid on other contracts. The state announced an $800,000 fine to Conduent, and it said the company will pay for customers' overdraft reimbursements as well. However, no fines or penalties have been mentioned for corporation Atkins, the general contractor responsible for oversight on the project, or HNTB, the corporation that oversaw the awarding of the contract to embattled Conduent in the first place.

Response: An FDOT spokesperson has been saying for months all transactions will eventually be billed to customers "once quality assurance processes are completed." The state finally acknowledged in mid-August invoices likely won't go out until October.