An 11Alive investigation found multiple states removed the once prevalent guardrail for safety concerns. Georgia isn't one of them. 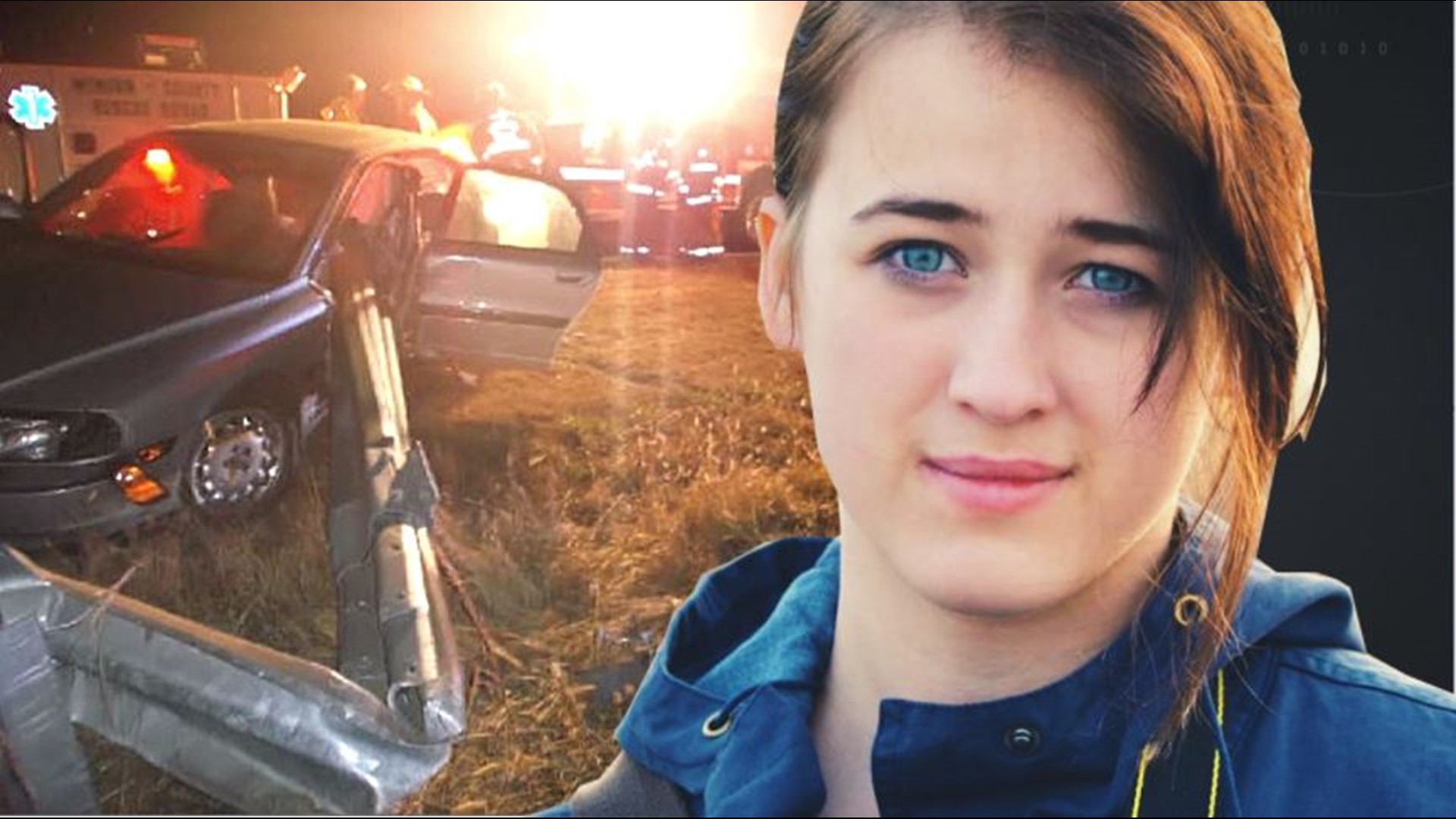 ATLANTA — Guardrails found across the country are now being removed by some states, citing safety concerns where in multiple instances, the rail “penetrated a vehicle cabin.”

11Alive's investigative team, The Reveal, found 29 states have had X-Lite guardrails installed and 18 of those states removed them. Georgia isn't one of them.

One Tennessee father has made it his mission to get all X-Lite guardrails removed after knowing firsthand what they can do to a car and a person.

“She was coming north on 75 and just never made it home,” Steve Eimers remembers.

The last time he spoke to his oldest daughter, Hannah, she was in the driveway of their Tennessee home. He doesn’t remember what he said to her. It was, for all intents and purposes, an insignificant conversation. He had no idea it would be their last.

“We never saw her again,” he said.

At 17 years old, Hannah Eimers was killed in a crash just across the Georgia border in Tennessee.

“What a guardrail going through a car will do to a body,” Steve said.

RELATED: Guardrail removed from I-75 stretch after 11Alive questioned GDOT about safety

In an instant, he said a device meant to guard against danger betrayed his daughter.

“This product is inherently defective and deadly,” he said.

A wrongful death lawsuit alleges Hannah crashed into an X-Lite guardrail, which then failed to telescope like it’s designed to do. Instead, attorneys say it pierced through the car and through Hannah. The lawsuit argues it wasn’t the first time the X-Lite failed.

“It cuts people in half, it decapitates them, it disembowels them, disarticulates them, and you are literally left to pick up the pieces,” Steve said.

The Reveal contacted every state’s department of transportation across the country. Twenty-nine, including Georgia, said the X-Lite was installed on their roads at some point.

Less than a year after Hannah’s death, Tennessee began removing them from its highways. It sent out a letter to the Federal Highway Administration (FHWA), saying the state believed the product “does not provide adequate protections of motorists” based on crashes where the rail “penetrated a vehicle cabin.”

Seventeen other states followed Tennessee’s lead in removing them. Georgia did not. As many as 300 X-Lite guardrails are still on its roads today.

“It’s just wildly reckless. I cannot understand why they would leave a product on the roadside that they have identified as not performing,” Steve said.

The Georgia Department of Transportation declined to comment on camera about why it will not remove the guardrails from Georgia roads. GDOT confirms around 300 X-Lites were sold to contractors in the state, but when asked where those guardrails were installed, a spokesperson gave The Reveal nine known locations. Tracking down the rest, GDOT said, would cost us. How much? $97,000. That’s because GDOT doesn’t know where all the X-Lite guardrails are. It doesn’t keep track.

“I think that’s a big problem,” attorney Leslie Kroeger said. “It’s potentially 300 pieces of rail that are waiting to pierce a firewall and go into a vehicle. And that’s too many.”

The maker of X-Lite stands by the safety of the guardrails.

“The Federal Highway Administration (FHWA) examined and re-examined the X-LITE and its in-service performance and gathered input from state departments of transportation across the United States. In FHWA's evaluations, the X-LITE performed consistently with other end terminals on U.S. roads and highways and did not lead to any conclusion that the X-Lite was unsafe. Numerous states have confirmed that they’ve had no negative experiences with the X-LITE," said a spokesperson with Lindsay Transportation Solutions.

The company pointed 11Alive to this memo from Federal Highway Administration which was sent out to all states. The department looked at crashes involving this type of guardrail in 4 states and found this:

"In considering the 200-plus crashes, the ratio of Fatality+ Serious Injury per total crashes does not lead to any conclusions that any of the devices, including the Lindsay X-LITE, are unsafe. This finding does not replace the in service experiences that SDOTs can contribute."

That same letter notes that Georgia is one of 6 states that removed X-Lite from the list of products it would no longer purchase.

The state told the FHWA they are removing the device in favor of other options that are compliant with the current Manual for Assessing Safety Hardware (MASH).

As of 2017, the MASH guidelines no longer recommend the use of any guardrails in the same category as the X-Lite. The federal government also announced plans to stop reimbursing states that install them.

We asked her if it’s only a matter of time before someone in Georgia is hurt or killed by an X-Lite guardrail. Kroeger said, “Unfortunately that is a real possibility.”

That possibility could have become a reality for a driver who hit an X-Lite guardrail off I-75 in Henry County. The Reveal got a copy of a 2017 letter sent to the FHWA Georgia division. It said the impact on the guardrail was minimal, but had it been more significant, the X-Lite could have “speared” the car.

While the Georgia’s DOT wouldn’t speak to us about X-Lite guardrails, Tennessee’s DOT did.

"We had just not seen that type of failure mode in guardrail in a couple of decades,” Paul Degges, deputy commissioner and chief engineer at Tennessee’s Department of Transportation, said.

"Interstate type high-speed, you know, impacts is where we were seeing problems with them,” he said. “Where the speed limit was posted at 45 miles an hour is where we saw that. We felt that there was a risk out there.”

Our investigation found multiple X-Lite guardrails on busy Georgia highways where the speed limit is 65.

Along I-75, The Reveal found at least four in Henry County and at least two in Gordon County. While Georgia won’t remove them, it’s also no longer installing them. No state is. The X-Lite no longer meets safety standards to be on roads.

“If a product is on the roadway and a safety standard has been risen, why is it still there?,” Kroeger said. “Ultimately they should make a move to remove them and replace them with something that does pass current standards.”

Getting the X-Lites removed is Steve’s mission. But he says he keeps hitting roadblocks, trying to get Georgia DOT to do so.

“I want to be able to say, when I get a call from someone in Georgia, I did everything in my power to stop and prevent what happened to your loved one. And I’m sorry they didn’t listen. They will eventually,” Steve said.

Since 2017, GDOT reports more than 100 people have hit a guardrail in Georgia and died. However, because it does not keep an inventory of what guardrails are where, GDOT does now know if any X-Lites were involved in any of those deaths.

The Reveal is an investigative show exposing inequality, injustice, and ineptitude created by people in power throughout Georgia and across the country.

More from The Reveal

Activist: 'I guess if you’re a rapist, come on to Georgia because we’re not prosecuting folks here'

Child Abandonment: Here's why parents in Georgia are giving up their children