A Jacksonville couple says squatters won't leave their home, used mail addressed to them at the couple's home as proof they didn't have to leave. 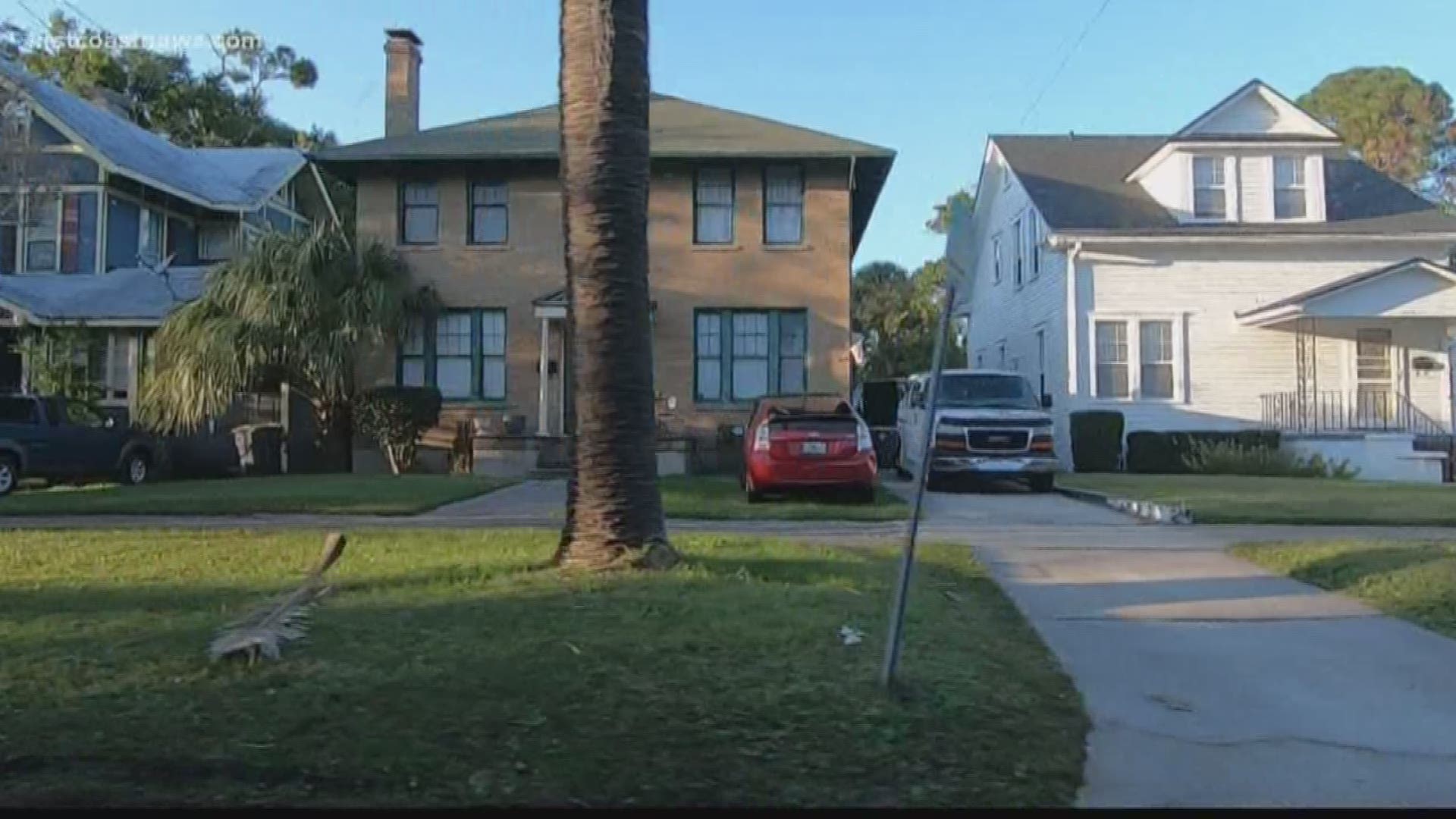 JACKSONVILLE, Fla. — When Fred Pettit and Kristina Evernham moved in to the home in the Ortega section of Jacksonville three months ago, they didn’t plan to leave so soon.

But they say what happened to them could happen to anyone.

“I can walk down any street, anywhere, take down the address, put in a change of address form – which anyone can do for free,” Evernham asserted, “and as long as I get a piece of mail there I can just walk up in anyone’s house, sit down for dinner, kick their kids out of their bedroom and they can’t do anything about it.”

That is what the couple says began to happen to them Nov. 5, when the daughter and son-in-law of the previous tenants dropped by. According to Pettit and Evernham, those previous tenants had left some belongings – the wife had passed away and the husband, now a widower, had moved away – and the daughter and son-in-law were merely there to retrieve those possessions. But they had another request.

But more than a week later, the tenants say, their visitors not only hadn’t left but had stopped going to work, were committing petty crime and even might have been using drugs. Pettit and Evernham locked the doors.

“They started going through the back window, actually, when I told them ‘You guys need to go,’” Pettit said.

Tension boiled and the couple said police were called Nov. 14. That’s when Evernham says the intruders showed the responding officer pieces of mail addressed to them at the home.

“[The officer] said ‘I’m very sorry and I feel so bad for you,’” Evernham recounted. “I said ‘So, anybody can just transfer their address and they can take over someone’s home?’ And [the officer] said, ‘For lack of a better way to put it, yeah.’”

But the stories haven’t been consistent. In a conversation Tuesday with the "squatters" – who by their own admission still hadn’t moved out – they said they hadn’t used old mail or anything else as a tactic; that the officer simply had told Pettit and Evernham that, since they’d invited the pair in, they couldn’t force them to leave.

I also spoke with the owner of the property, who confirmed that the so-called squatters had never had their name on a lease there.

But, was Evernham accurate in her conclusion that anyone can use mail sent to an address in their name as a ruse to move in? We talked with Zach Roth, a board-certified real estate lawyer with Ansbacher Law in Jacksonville.

“From a legal perspective, no,” Roth corrected. “Just getting mail at a property does not give you a right to reside upon it.”

But, Roth said, there are cautions and vulnerabilities. One is the existence of even verbal contracts: the more formal, the more likely binding and enforceable.

“If you were talking about something that arose to a level of ‘You can stay here for this amount of time for this much money, and you pay on this time,’ then maybe,” Roth offered hypothetically. “So for instance, if I say ‘You can stay for six months for $50 a month, and you pay it the first day of the month,’ that might be a verbal agreement.”

Pettit and Evernham mentioned that their unwelcome guests – who had displaced them to sleep with their three children in one room while the interlopers slept in the other – had offered to pay them some money to help with utilities, etc., but said there was nothing formal or lasting about any such agreement.

“Saying ‘Hey, if you give me $50 you can stay here for the weekend,’ I don’t think that rises to the level of a rental agreement,” Roth offered in contrast.

Among other vulnerabilities, Roth corroborated that even in such an apparently egregious case, police would be powerless to remove a person from a property unless safety is at stake.

“If they’re a straight trespasser, they have no right to be there, that may be a criminal matter,” Roth said. “If there’s any claim of right, that’s where it’s going to become a civil matter and it’s going to go beyond anything the police can do.”

Which means, he said, it would likely have to become an eviction case in court.

“The trouble is, once you invite them in, if they’re unwilling to leave … it takes significant time and effort,” he said.

Meanwhile, Evernham shared advice she says was imparted to her and Pettit by a friend who’s a retired police officer: “If you see a strange piece of mail that has your correct address but not your name on it, immediately return it to sender.”

And, although Roth conceded that the postal mail ruse typically wouldn’t work for someone trying to squat on a property, he offered an ominously validating suggestion regarding mail sent to another person at one’s own address.

“Mark it return-to-sender, put it in with the mail and make sure the post office is aware that there’s no longer that person residing on the property,” Roth urged. “Make it clear that we’re not having any indication that we agree that this person should be here.”

Roth also encouraged that if a former tenant needs to retrieve possessions from a property you own or rent, it’s probably better to arrange a neutral site to exchange, as opposed to bringing the items out of the house to the person while they wait, or allowing them inside.

In a perhaps ironic twist, as an eviction notice to all parties hung on the door, Pettit and Evernham shut off the utilities and moved out of the home Tuesday, even though they’re still under lease. The couple who’d moved in two weeks earlier told me they intended to stay – at least for that night and even without electricity or heat – that they had no place else to go.

“We’re leaving, we can do that,” Evernham said. “But what if we had been homeowners? Would we have that option? No.”