The former president is back in the hospital, where he is being treated for a UTI 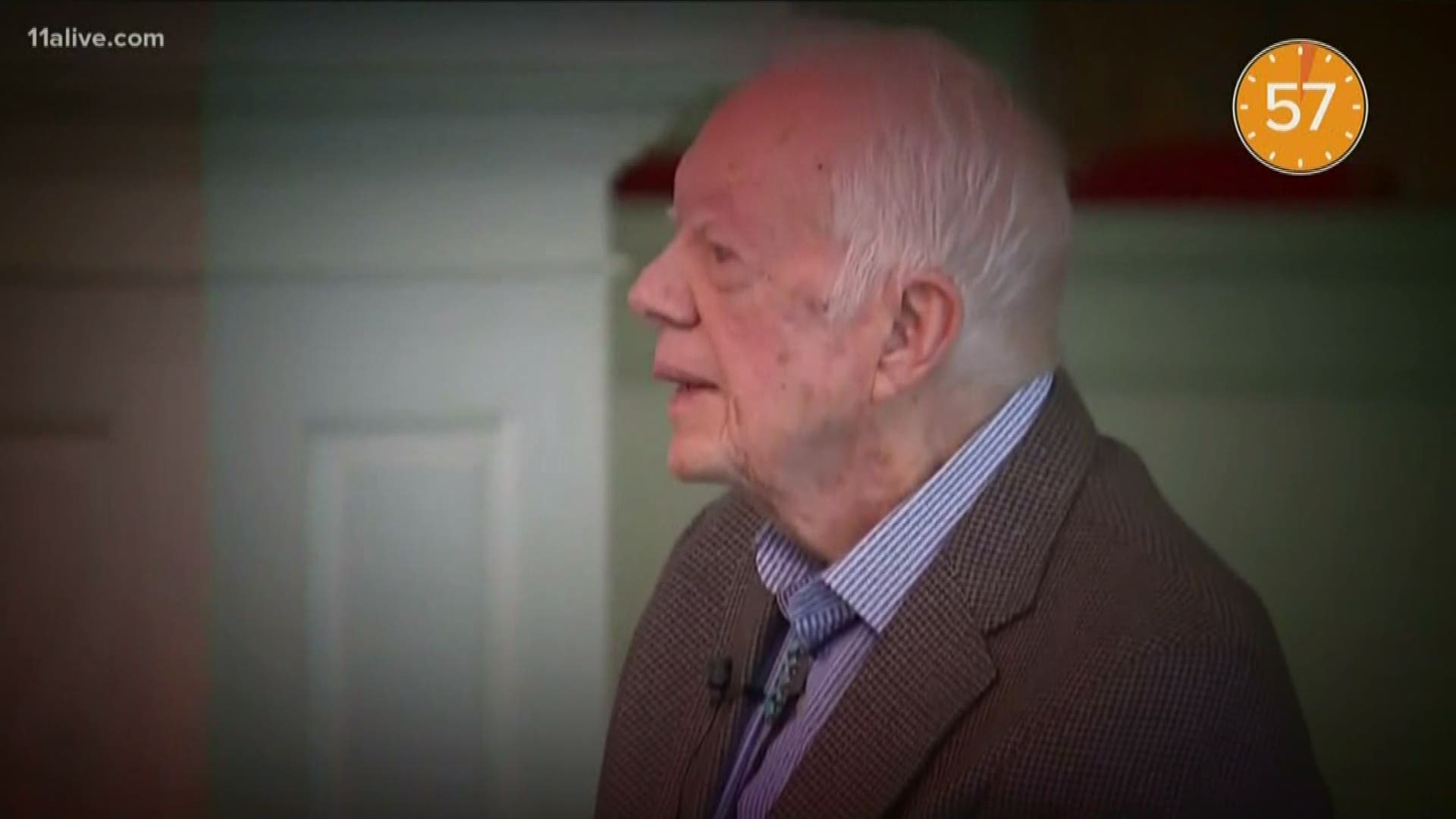 AMERICUS, Ga. — Former President Jimmy Carter is back in the hospital less than a week after being released.

According to a statement from The Carter Center, “Former U.S. President Jimmy Carter was admitted to Phoebe Sumter Medical Center in Americus, Ga., this past weekend for treatment for a urinary tract infection. He is feeling better and looks forward to returning home soon.”

Carter was released from Emory University Hospital on Nov. 27 after surgery to relieve pressure on his brain caused by a subdural hematoma.

This is the latest health incident for the former president after he’s suffered several recent falls.

In October, Carter fell in his home and suffered a minor pelvic fracture.

In another incident before that fall, the former president fell and was left with a black eye and 14 stitches.

That fall didn’t slow him down though, Carter and his wife were in Nashville leading a Habitat for Humanity build the next day.

In May, Carter had surgery for a broken hip after falling while leaving his home in Plains, Georgia, to go turkey hunting.

WHAT OTHER PEOPLE ARE READING