Biden said he's directed the Pentagon to develop plans to go after those responsible for the deadly explosions. 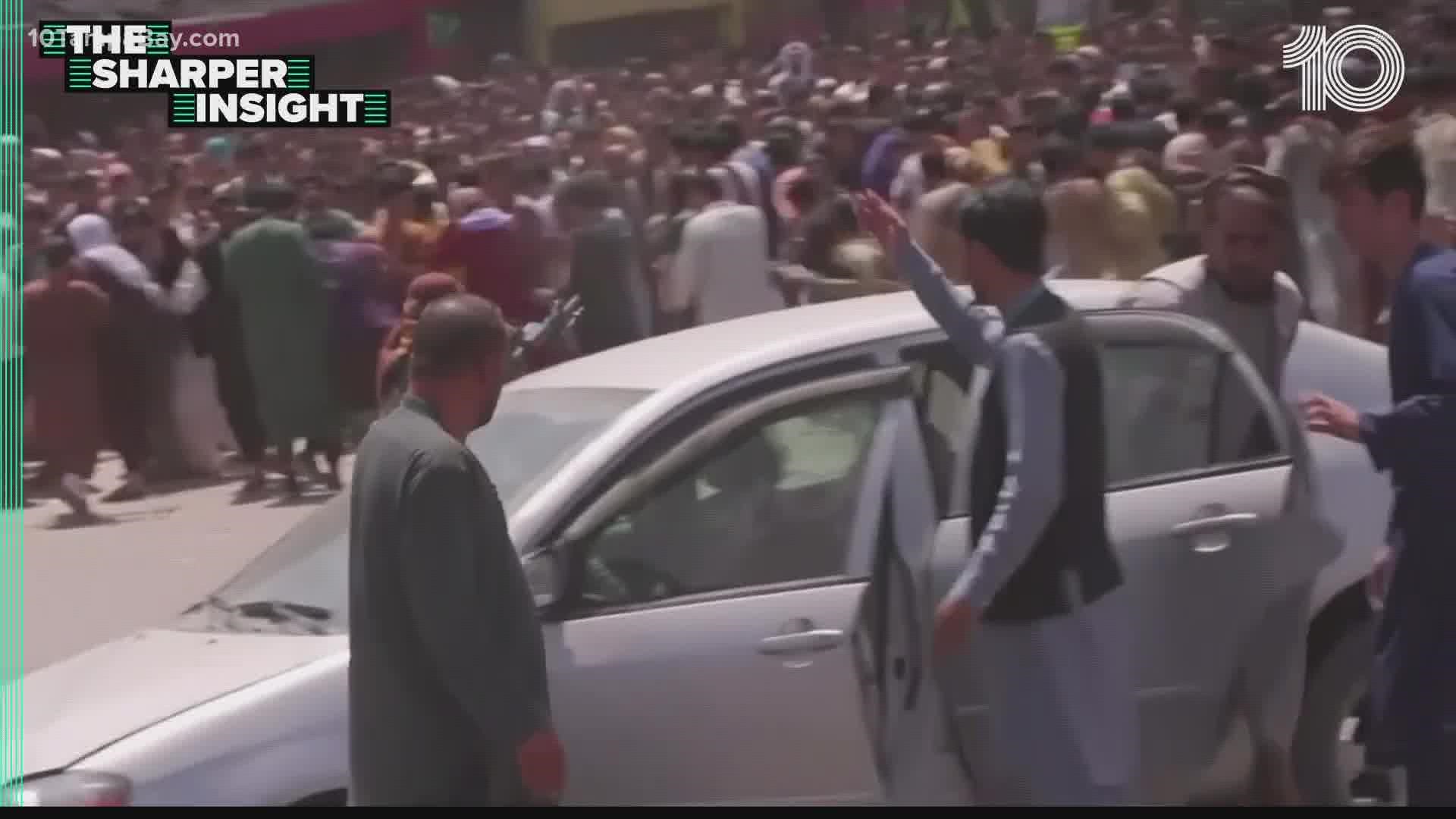 After two suicide bombers and gunmen attacked crowds of people flocking to Kabul's airport Thursday, at least 60 Afghans and 13 US troops were killed. At a press conference Thursday afternoon, President Biden said US intelligence will find who was behind today's attack and respond with force.

ISIS-K has claimed responsibility for the attack.

10 Tampa Bay’s Miranda Parnell spoke to political experts Dr. Bledar Prifti and Dr. Arturo Jimenez-Bacardi about what this means for the United States.

Prifti is an Associate Professor of Political Science at St. Petersburg College and author of US Foreign Policy in the Middle East: The Case for Continuity.

Miranda: For a lot of people, for a large chunk of time there, terrorist attacks were front of mind. Is that something that is going to have a resurgence?

Arturo Jimenez-Bacardi: I don’t think so, I think maybe in the next few weeks or so, people will be a little bit fearful. But the more time passes, and there isn’t a major attack, I think people will once again calm down. The Taliban, what they’re going to be focused on for the next few months, if not years, is regaining control of Afghan governance. They’re not interested in attacking the United States, in fact, they’re probably going to see that as against their interests because they don’t want the United States to invade it again. And there are going to be other groups that are going to be a challenge, especially ISIS, or Assam, and Al Qaeda as well. Even if it’s a weaker Al Qaeda. And so, I think what you’ll see in the next weeks and months, is we’re going to see, if you will, an increase in drone strikes.

Jimenez-Bacardi added that there have not been Taliban attacks on US soil. He says the withdrawal from Afghanistan will most likely continue, and that any military retaliation to today’s attack or pursuit of other US enemies would most likely be done through drone strikes.

Miranda: There are going to be a lot of people who are calling for President Biden to take swift and violent action. Do you think that the president is going to move in that direction?

Arturo Jimenez-Bacardi: He is going to reflect on what has happened in Afghanistan. He is going to basically look at the situation, deeply analyze that, and take action. Of course, we are going to take action, however, those actions should not be out of revenge because we don’t know what’s happening there. We don’t know, we don’t have the information. The government, or our officials, they’ll have to analyze the situation and make sure that the actions that they plan to take will serve our interests and the American people."