The explosion was described as a 'boom' and a 'roar' with extreme heat by several neighbors in a Kentucky town. 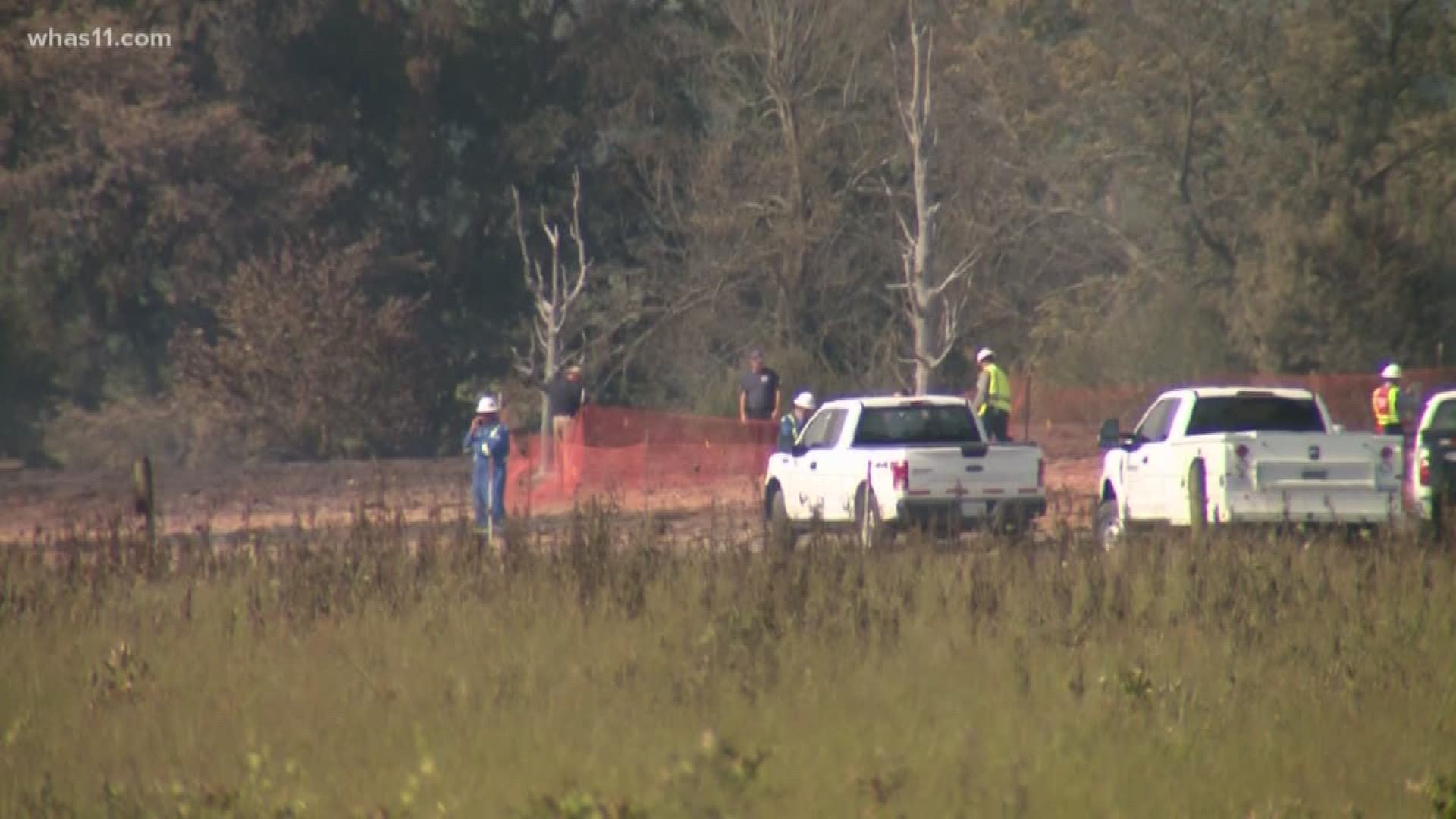 LINCOLN COUNTY, Ky. — A massive gas explosion rocked Lincoln County, Kentucky around 1 a.m. on August 1, leaving at least one person dead. The flames were as visible as far as Versailles and at least 75 people were evacuated from their homes.

Tim Adams was one of the first to alert the media about the explosion. He sent an email to WHAS11 around 2 a.m.

He told us that he was in bed a little after 1 a.m. watching Netflix when the “entire world shook”. He looked out his French doors and immediately saw fire. He sent pictures of the flames rising into the night.

Throughout the night, he communicated with his neighbors through Facebook. He said that around 3 a.m., firefighters were going door-to-door outside of Junction City, alerting neighbors of the situation. The firefighters told the neighbors to “be awake and watching” but didn’t evacuate anyone in that area.

At his home, off U.S. 127 at the Boyle/Lincoln County line, Adams said he could feel the effects of the fire.

“Smoke is starting to close in on us,” he said. He also said that he could detect “a definite gassy smell”. 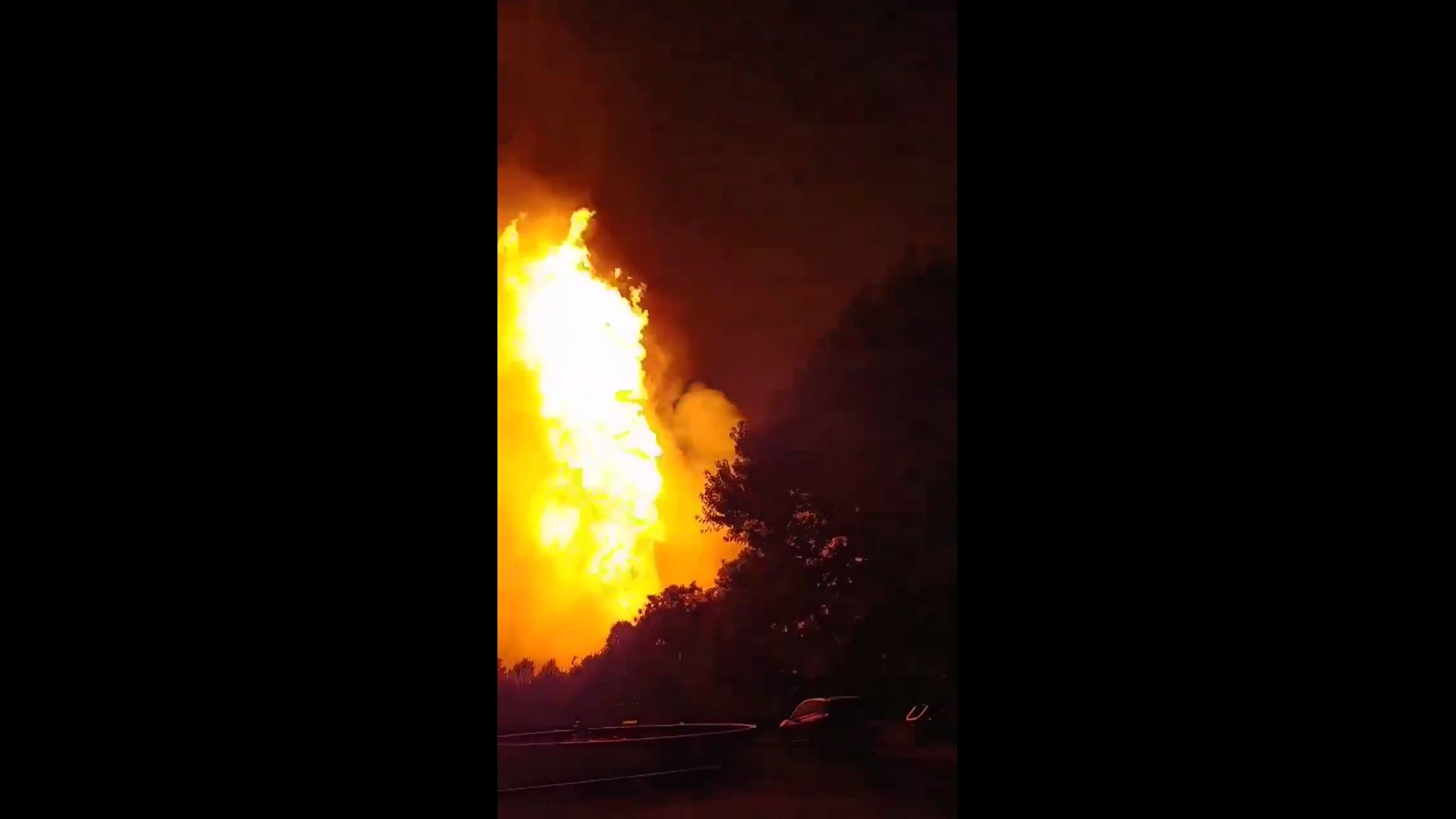 Adams said he was born and raised in Louisville and moved to Danville in 2004. He raised a concern about the pipeline and what this explosion could mean for the future.

“If this is natural gas pipeline this will fuel the on-going debate over the proposed and heavily contested pipeline through central Kentucky of recent years,” he said.

Levi Benedict was just getting ready to go to bed when the explosion happened. He had just brought his daughter a bottle when he noticed something strange.

“I heard a little rumble, and then everything got quiet,” he said. There was a moment of silence when he asked his wife if there were any storms in the forecast, thinking the sound was thunder.

“Then the windows started shaking and the house started shaking. Then, you know, a big boom, then it kinda lit up orange.” He ran outside and told his wife to call 911. He wasn’t sure what was happening, but he knew it wasn’t good.

Benedict used to work for the fire department, so his instincts kicked in. He could tell that the explosion came from somewhere near his aunt and uncle’s home in Indian Camp. He hopped into his car and headed that way.

When he arrived, he saw that the siding on aunt and uncle’s house was melting from the heat. He busted the door open and found his aunt and uncle on the floor in the living room. He helped get them up and got them out of the house. Once he was sure they were safe, he headed back to his home, picked up his wife and children, and left.

Benedict didn’t quite have words to describe the fire and explosion. He had encountered house fires before, but this was a different experience altogether.

He stopped to take a video on his phone, but after just a few seconds, he could feel the fire. The hairs on his arms were burning and his face was getting hot, so he only managed to capture a few moments of footage.

He wasn’t sure if he knew the person who died in the explosion. He thought they could be neighbors of his aunt and uncle because of how close the fire was, but he couldn’t know for sure.

He hoped that he would be able to get back to his home soon to check on the house and on his friends and neighbors.

Donnie Turner has lived on Indian Camp Road for 17 years. He was fast asleep when the explosion happened.

“Heard a big boom, then all of a sudden heard a roar, then the sky started lighting up,” he said. He wasn’t sure what had happened; he thought that there had been an incident with the train since his home is close to the railroad tracks.

“Sounded like a big ol’ jet engine going off,” he said. He realized then that this had nothing to do with the train. He and his wife gathered some essentials and, in about 15 minutes, were headed out of the house.

“The minute you walked outside you could feel the heat,” he said. Even the plastic siding on his pick-up truck had melted and contorted due to the extreme heat.

He and his wife stayed nearby to monitor the situation. After talking with officials, Turner wasn’t sure that he would be able to get back into his house today. He knew that at least one of his friends lost her home in the fire.

Despite the scare this morning, Turner said that he isn’t afraid to return to his house. More than anything, he’s curious to get back and see it for himself.

“The curiosity is gonna kill this old cat,” he joked.