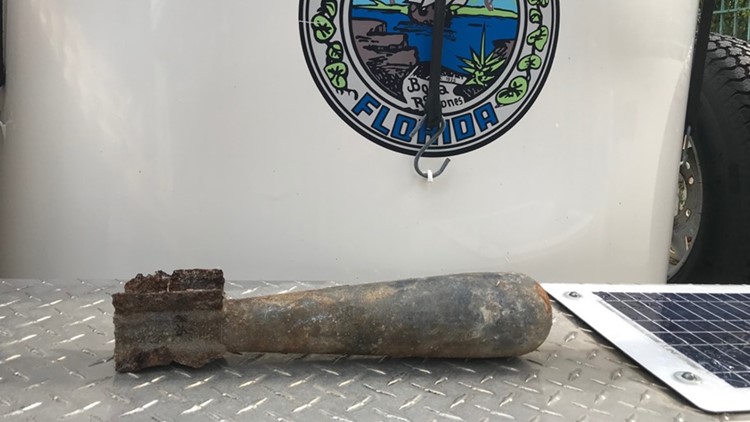 Kids dig up WWII practice bomb in their backyard

BOCA RATON, Fla. — Some kids digging in their backyard last week came across a historical find that caused some concern at first, police in Boca Raton said.

The department's bomb squad checked out the device and found it was a World War II-era practice bomb, likely used at the former Boca Raton Army Air Field.

Police said the Boca Raton Historical Society will put the object on display.