First responders with the Lakeland Fire Department helped with search and rescue in the Florida Panhandle after Hurricane Michael. 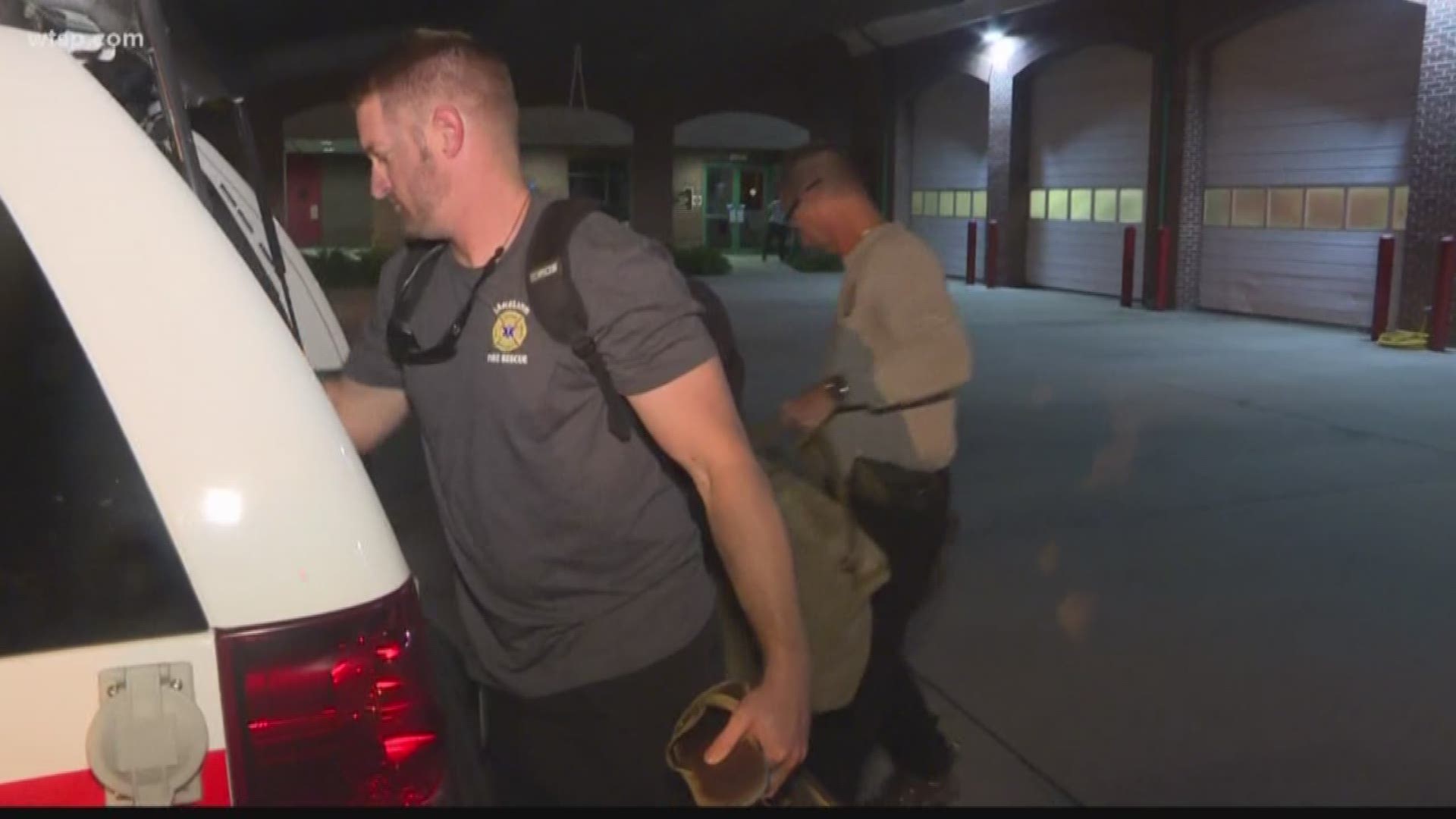 LAKELAND, Fla. -- Right after Hurricane Michael hit, first responders from Tampa Bay headed north to help out. Some of them are finally back home with their families after an exhausting week in the Panhandle.

Crews from the Lakeland Fire Department had been working 12 hours on, 12 hours off the entire time they were up there.

Part of the crew’s mission was search and rescue, which they did alongside crews from Sarasota and North Port.

RELATED: How you can help hurricane victims

On top of that, they also filled in for crews in towns like Mexico Beach that were devastated by the hurricane and had no fire crews of their own available. They brought back an American flag that they found among the debris there.

The crews spent several nights sleeping outside on cots. Lt. Dan Varner said they still haven’t had time to process everything they’ve seen and done over the past week.

“There’s no words for it. Just the destruction there was horrific,” Varner explained. “Unless you’re there in person, there’s just no way to explain it. We just spent the entire time there doing everything we can, helping out where we could help out.”