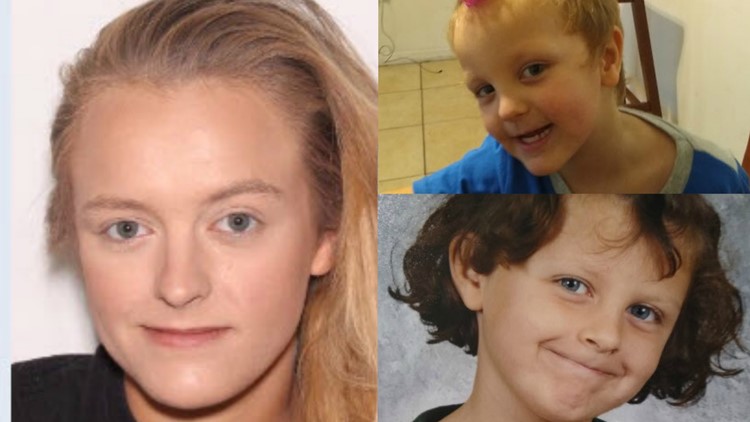 Lakeland police say they were found at an apartment complex in Sunrise.

According to a Lakeland Police Department Facebook post, Adkins was last seen on Oct. 31 around 4:30 p.m. near Ariana Street when she took the kids trick-or-treating, pushing them in a double stroller.

Penelope was wearing a mermaid costume, and Kalib was dressed in camouflage. Adkins, who is 5-foot-4 and 120 pounds was wearing shorts and a blue shirt.

Police say Adkins is known to leave home and not tell anyone, and that there have been possible sightings of the mom and her kids in Sebring and Avon Park in Highlands County.

Detectives are asking for help locating the family to make sure they are all safe.

Anyone with any information is asked to contact Detective Ali at 863-834-8974 or email charlene.ali@Lakelandgov.net.