Local authorities have investigated multiple threats, including some resulting in arrests, following the Parkland school shooting. 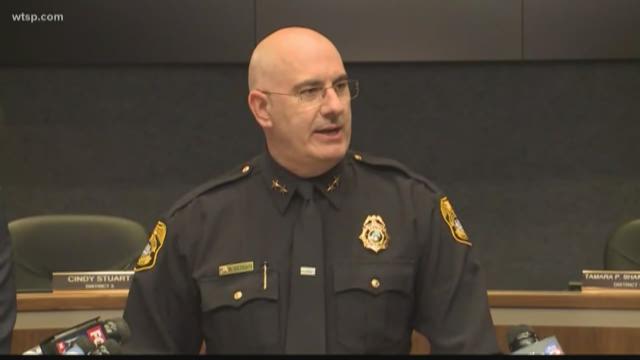 ST. PETERSBURG, Fla. - Below is a running list of threats made to Tampa Bay schools and actions taken by investigators following the Feb. 14 school shooting in Parkland, Fla.:

The Manatee County School District is asking for its middle and high school students to keep their backpacks at home Friday, Feb. 23.

One Pasco High School student was arrested for making a threat against the school.

A 14-year-old St. Petersburg boy faces charges for posting a school shooting threat on Snapchat, using the caption "Round 3 in Florida on Tuesday." 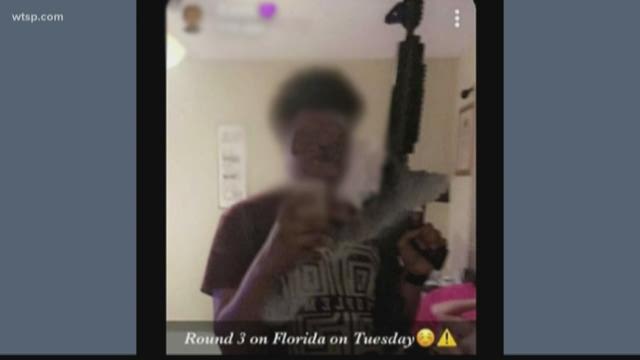 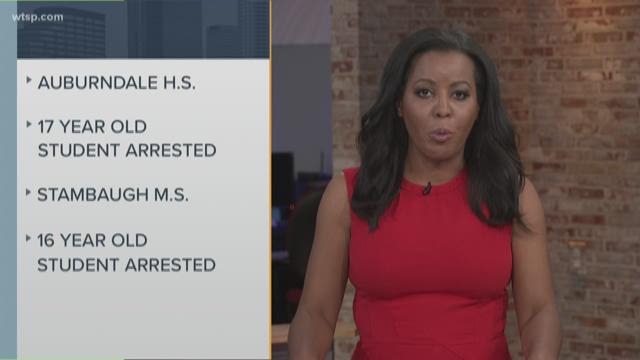 We also reached out to multiple agencies regarding threats they've investigated. These were their statements as of Feb. 20:

"Several Pinellas County Schools have been tagged in social media messages containing threats and images of rumors that have already been investigated by law enforcement. Law enforcement does not believe there is a credible threat to our district. We need students and parents help to end the spread of false information on social media. If anyone sees concerning information online, please do not spread it further. Please contact law enforcement." 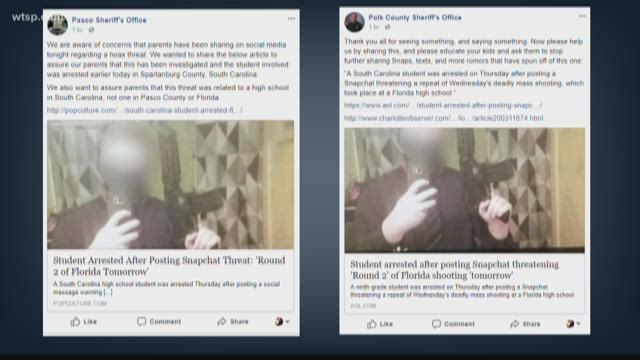 “In the days following the school shooting in Parkland, Florida at Marjory Stoneman Douglas High School, the sheriff’s office has received several reports related to schools throughout Sarasota County. Most of the reports include general information and tips about particular students and campuses however, none of the information received has articulated a credible threat to any school in our community. Officials believe the steady increase in information is due to a heightened awareness following the Parkland incident which garnered international media attention.”