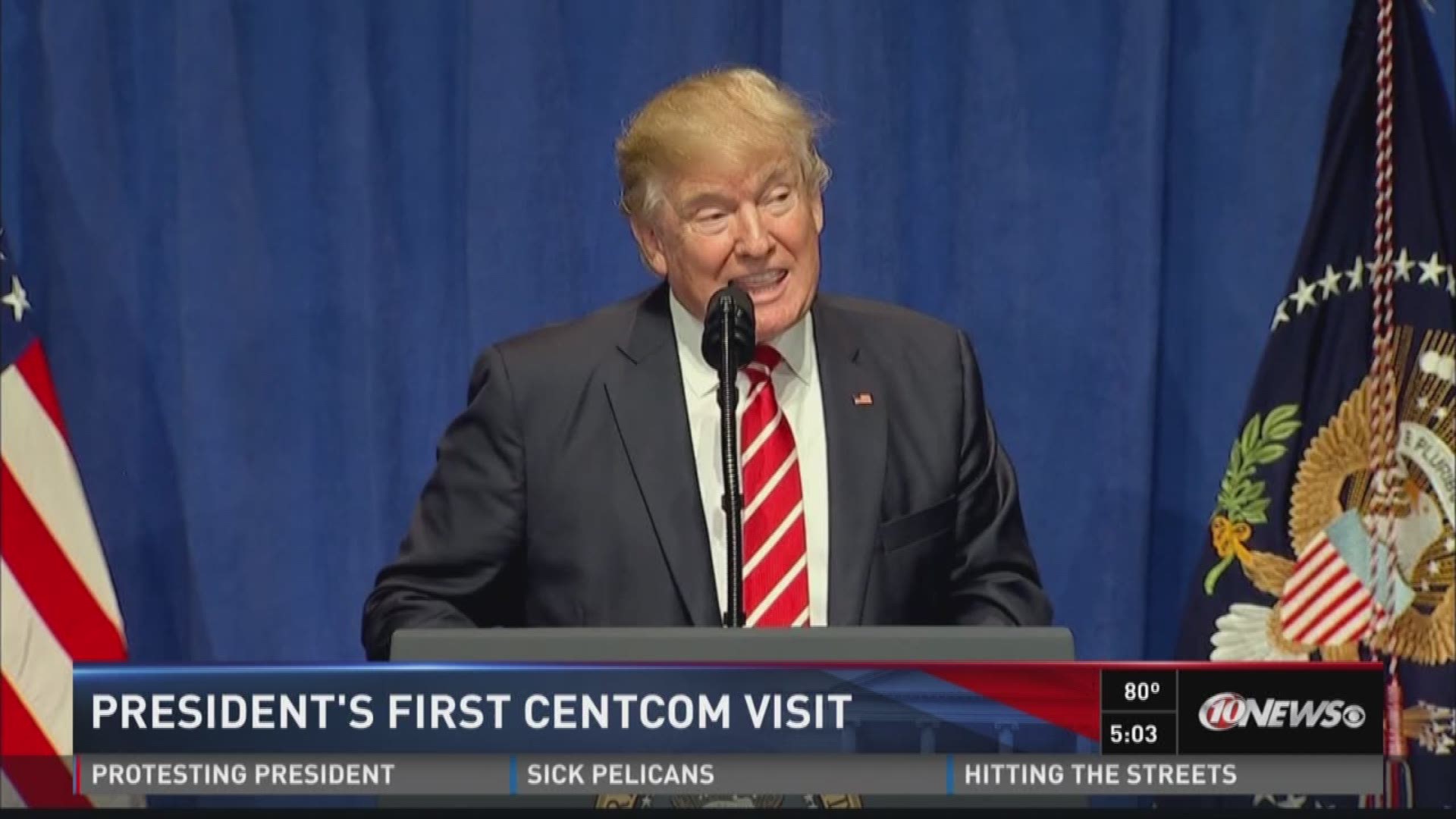 The president’s plane cruised over Tampa Bay at about 11:30 a.m. before landing at MacDill.

The commander-in-chief's motorcade then wound its way to CENTCOM, where he heaped high praise nation's top military leadership and those waging the war on terror.

“America stands in awe of your courage,” said Trump, after a private meeting that lasted just over an hour.

There was likely no shortage of topics to discuss.

In Trump's first two weeks in office, there have been escalated tensions with China, Russia, and Iran.

The president didn’t single out any country by name, but promised to defeat, “Radical Islamic terrorism,” And warned any nation that sponsors terror.

“These forces of death and distraction, America and its allies will defeat you,” he said.

Trump defended his controversial immigration policy, and also blasted those NATO allies who don’t pay -- what he called -- their fair share.

The president met with rank and file members of each branch of the armed services. He made small talk during lunch about the Super Bowl, and discussed their careers in the military. 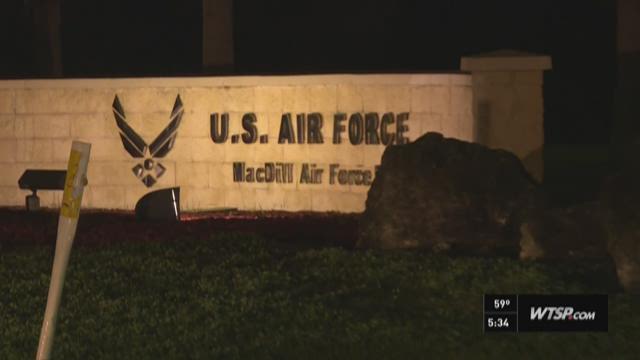 Later, the president assured service members that his administration has their back. He promised to beef up the military in general, and specifically mentioned MacDill Air Force Base.