The Mayors of Tampa Bays two biggest cities say they are considering joining the lawsuit. 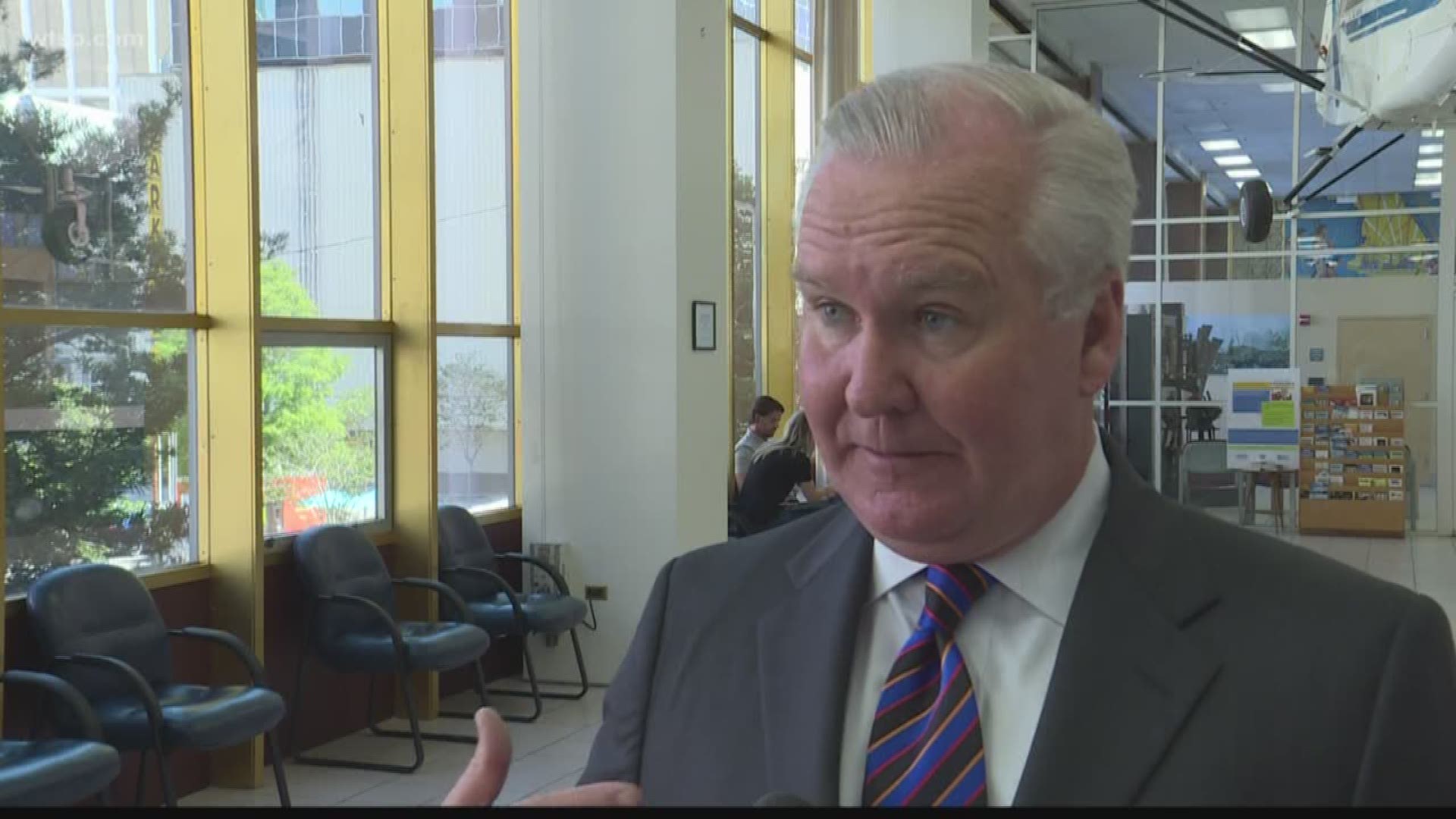 ST. PETERSBURG, Fla. -- Earlier this week, we told you about government leaders in South Florida suing the state over a law that prohibits them from passing local rules on gun control.

In the wake of the Parkland massacre, local lawmakers considered passing what they call commonsense reforms, but state law preemptively forbids them from doing that.

“I think of the NRA owns the Florida Legislature and has stripped local government of any ability to do anything about commonsense gun legislation. It’s wrong,” said Tampa Mayor Bob Buckhorn.

We spoke with Buckhorn and St. Petersburg Mayor Rick Kriseman, asking the leaders of the Bay Area’s two biggest cities what they think of the lawsuit.

Buckhorn says he supports a legal move made by 10 South Florida cities Monday, challenging Florida’s law that threatens local leaders with steep fines and even removal from office if they pass any local gun control ordinances.

“I do think there are grounds for that suit to move forward. And I am not ruling out at this point joining them,” said Buckhorn, who as asked the city attorney to look into it.

“Ideally, I’d like to join in as a plaintiff,” Kriseman said as well.

Kriseman, just back from a mayors' conference where these types of preemptive laws were the big topic of discussion, has also instructed his city attorney to look into joining the lawsuit.

“It’s a horrible precedent that the state has set, the Legislature has set, with those provisions,” said Kriseman.

Florida’s punitive measures came up in discussions and most agreed, “They were the strongest and worst in the country,” said Kriseman.

“It’s really a matter of challenging the draconian and punitive elements of the statute and how they work them into the preemption,” said Kriseman.

“But there is no reason why I, as a civilian, not a trained law enforcement personnel, not an active duty military, need an AR-15. You can’t shoot a quail with an AR-15,” said Buckhorn.

Both mayors say they understand the need for consistent gun laws statewide. They’d prefer the state Legislature change the law, but they believe the gun lobby is too strong.

This lawsuit is an alternative way of taking aim at a rule that puts them in the crosshairs.

“All of the cities in the state of Florida need to stand up for ourselves and stand up for home rule,” said Kriseman.

“They ought to stay out of our business,” said Buckhorn. “Stop stripping local governments' authority to do anything from tree permits to legislating guns, and just go do your jobs and let us do ours.”