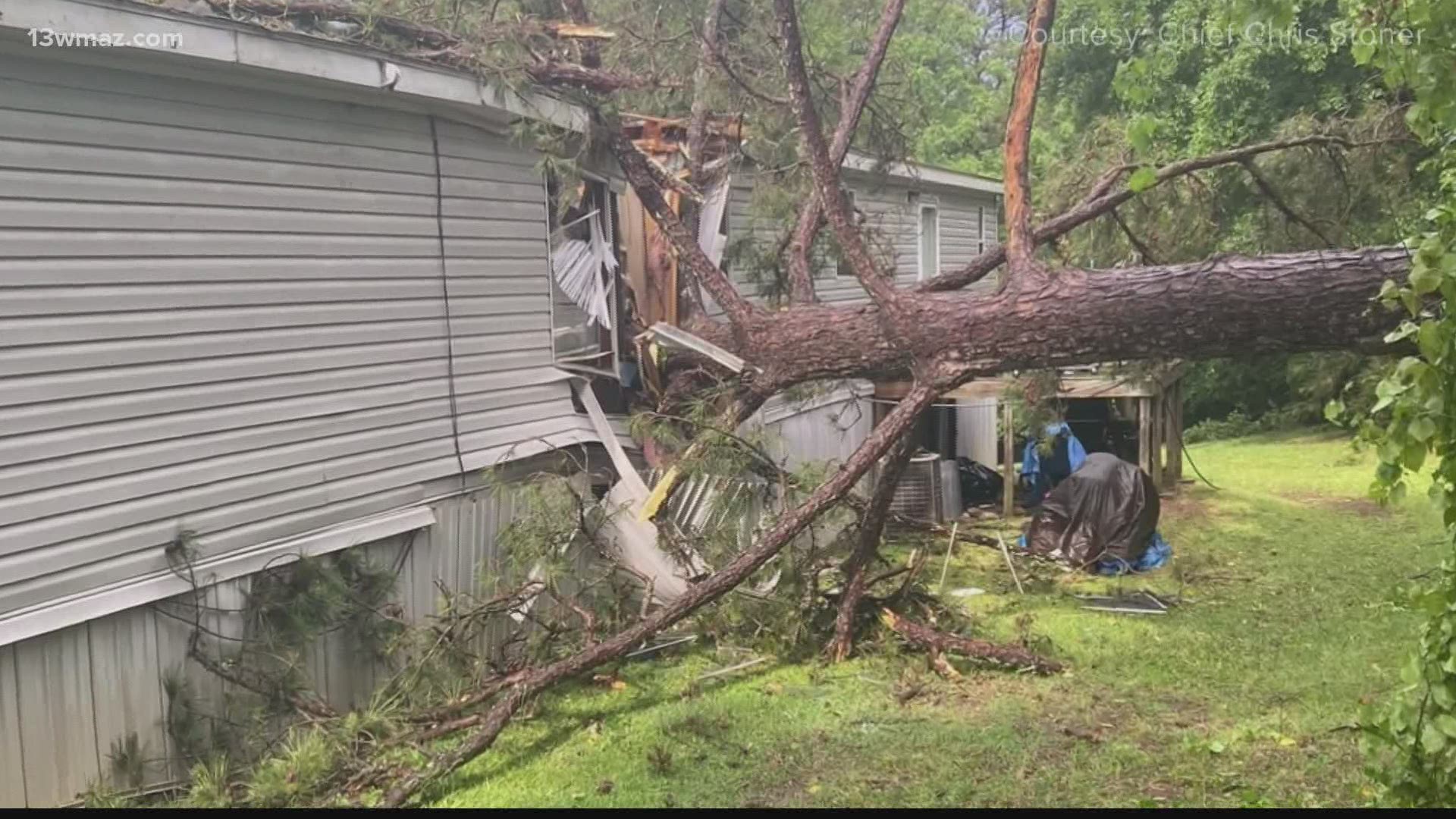 BONAIRE, Ga. — A Bonaire woman was killed after a tree fell on her home following a storm that brought damaging winds Monday evening.

According to a news release from the Houston County Emergency Management Agency, just after 4:30 p.m., the call came in about a tree down on a home.

"Dispatch indicated that the resident at 204 Fox Hall Boulevard had called in stating that a tree had fallen through his home and he couldn't locate his wife," says Houston County Fire Chief and EMA director Chris Stoner.

When they made it to the scene, the Houston County Fire Department found 55-year-old Carla Harris, who was hit and killed by the falling tree.

Stoner says after speaking with the National Weather Service in Peachtree City, he suspects it was the high winds that caused the tree to fall.

"The storm had rapidly intensified through a radar loop cycle as it was passing over the Bonaire area and it transitioned from 25 mile per hour winds upwards of 50 and 60 mile an hour winds going through Bonaire," he says.

The release says the Red Cross has been notified and will be assisting the family.