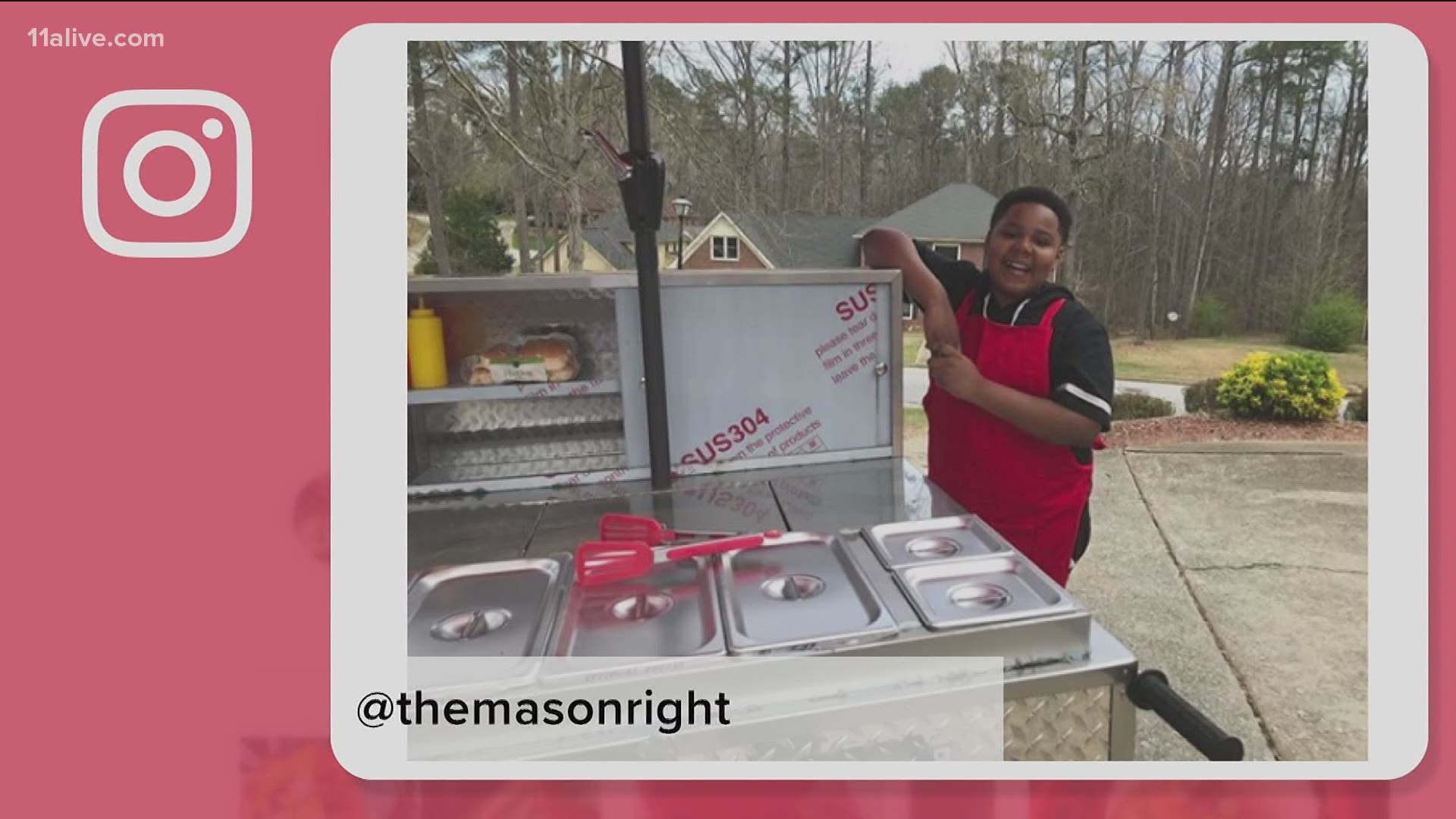 ATLANTA — A 14-year-old Atlanta boy just became one of the youngest restaurant owners in Georgia.

Mason Wright is the owner of Mason’s Super Dogs, a hot dog business he and his family started when he was only 11-years-old.

The food cart landed Mason at birthday parties, festivals and social events. None of this would have been possible, if Mason wasn’t turned down for countless jobs because of his young age.

The young entrepreneur raised $6,000 by washing cars, walking dogs, and collecting donations through his GoFundMe page. He did have some help from his mom, of course!

During the pandemic, the university started educating students virtually. Instead of closing his business, Mason decided to pivot and with the assistance of his older sister, found a small restaurant to continue building his dreams.

It’s all coming together in a very powerful way.  The official grand opening for Mason’s Super Dogs will take place on Oct. 17, at 3275 Snapfinger Road in Stonecrest.

“There is nothing like being in charge of your own destiny,”  Wright said in a release to 11Alive.  He said he hopes “to inspire young  men to start their own business as soon as they can.”