5-year-old with rare cancer gets her wish made

Kinsley Peacock was diagnosed with a rare and aggressive eye cancer called retinoblastoma. 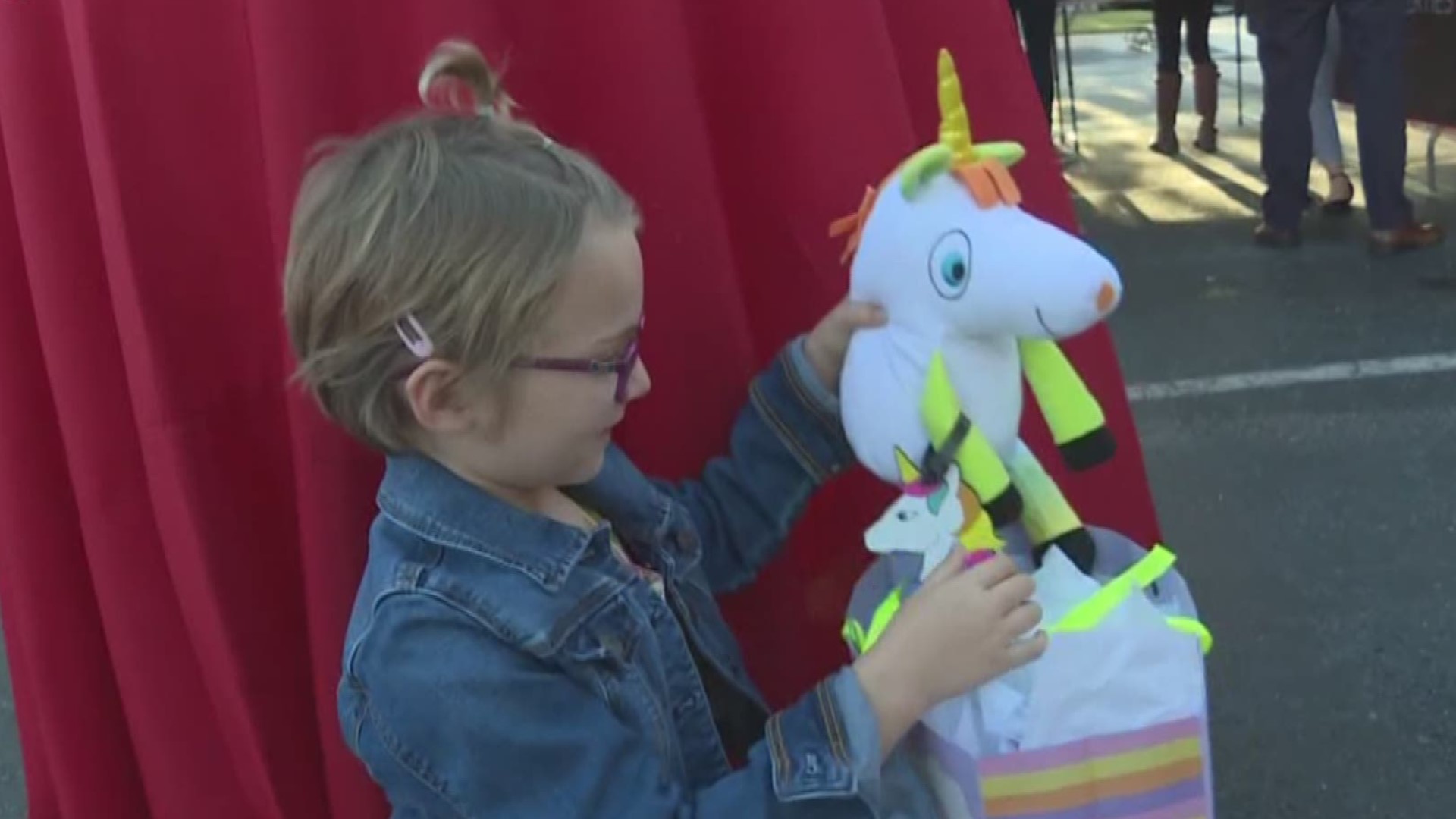 VENICE, Fla. — A 5-year-old girl from North Venice has been through so much over the last year.

Kinsley Peacock was diagnosed with a rare and aggressive eye cancer called retinoblastoma.

“It’s a moment that’s often described as every parents’ worst nightmare. It’s hard to even process, you know, hearing the words that your child has cancer. But, ultimately, there’s over 40 kids a day that just here in the U.S. that hear those same words.” Kinsley’s father Adam Peacock told 10News.

Wednesday, she was the guest of honor at a holiday party in Lakewood Ranch filled with pink, purple and unicorns. Some of the other guests wore t-shirts inspired by her style.

And the party is just the beginning.

She's headed on a Disney cruise thanks to Make-A-Wish. She got a new suitcase in preparation for the trip.

Her birthday is later this month so it will be extra special to celebrate the new year.

Over the last three decades, Make-a-Wish has granted more than 12,000 wishes here in south-central Florida.

RELATED: Family hopes to reconnect with grieving parents who gave their daughter a special ring at Disney