Officer Natalie Corona was killed in the line of duty on January 10, 2019. Her parents share how their lives have changed since their daughter's death. 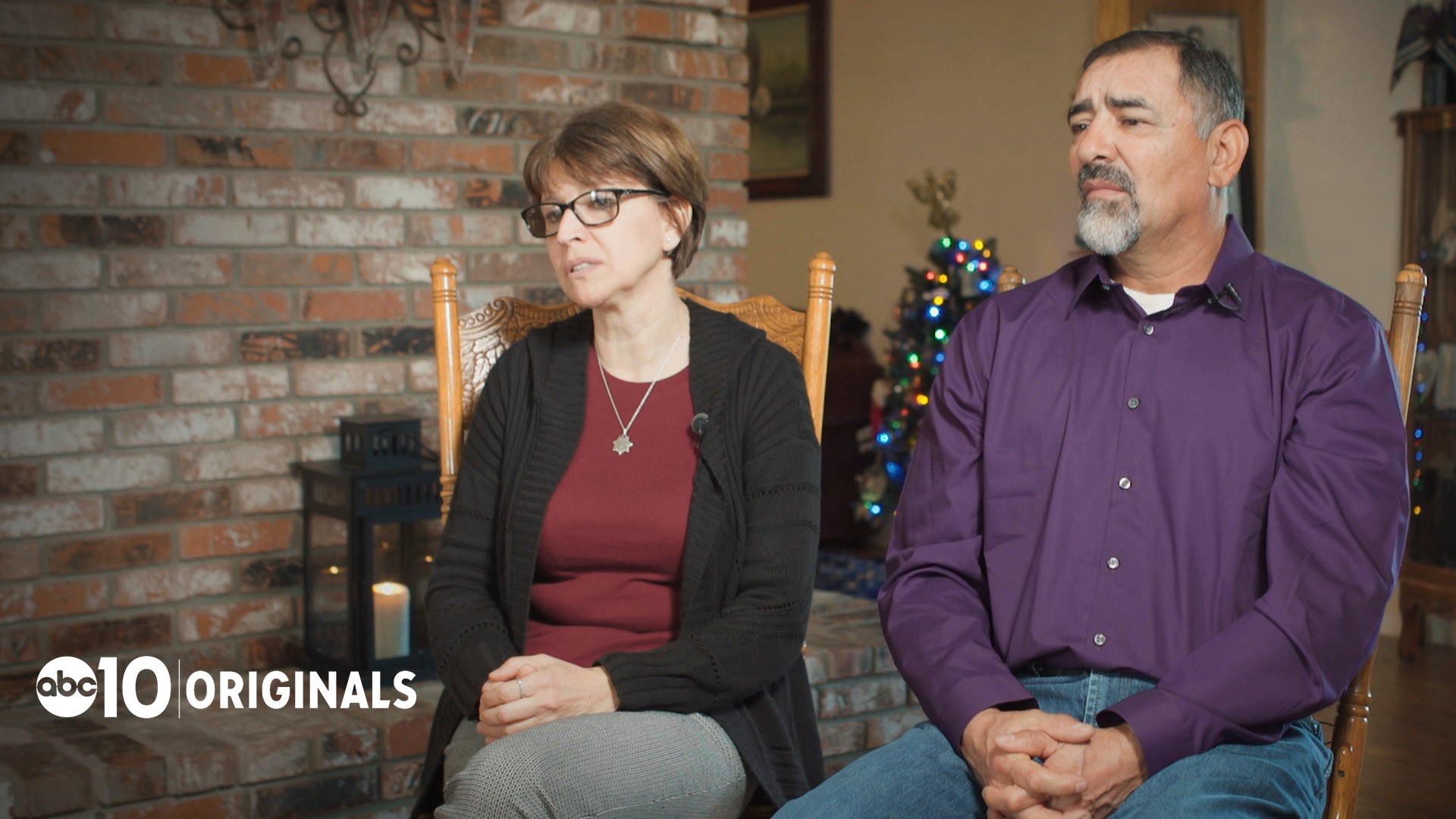 DAVIS, Calif. — Davis Police Officer Natalie Corona was killed in the line of duty on January 10, 2019 when a man came up and started shooting while she responding to a traffic accident.

"She loved getting people gifts," said Lupe Corona, Natalie's mother. "We used to tease her, because she was like a mother hen. Anytime her sisters would say, 'Oh, I need tennis shoes,' we knew as soon as that came out, within three days, there would be a box delivered [with] shoes."

At 22 years old, Natalie got her dream job at the Davis Police Department. A job her family said she started training for at a very young age.

On January 10, 2019, Natalie was just a few weeks into her job at the department when her parents, who were at their other daughter Cathy's basketball game received news about her. "I'm so grateful that all of us were together that night. [Cathy] has friends that attend University of Davis and she was getting reports that a female officer was shot," Lupe said.

Natalie went out to investigate a car accident when a man came up and started shooting. By the time they left the basketball game, they got word that Natalie didn't make it. The family rushed to UC Davis Medical Center.

"They let us see her seven hours after and that probably was the hardest thing I've ever done in my life," Lupe said. "Natalie was probably five feet away in a hospital bed, covered to her neck. She looked like she was sleeping. She looked just like when I would go in there and wake her up. She looked at peace. She looked beautiful."

A year after Natalie was killed, many of the blue ribbons displayed across Davis to honor her are still around but faded and worn. However some things still remain untouched.

Natalie's bedroom is the way she left it. Her Apple Watch and necklace are still on her nightstand. Her Christmas presents are next to her bed. And her folded laundry is still sitting on her desk.

"There are days that I can get out of bed and you're fine, and there's a song or a picture that triggers you and you're done," Lupe said. "I can't eat. You can't sleep. You can't function, but as a mom, it's watching your three kids who miss their sister."

There are days when grief plays with Lupe's mind. "I wanted to hear her voice, so next thing I know, I'm calling [her old] number and I'm letting it ring [thinking], oh good, she's gonna answer" Lupe said. "Your mind knows she's gone, and I'm waiting for her voicemail to answer so I can, at least, hear her voice, but it didn't."

They described Natalie as a rising star who was eager not only to connect with people in the community but remember them, including people who were homeless and on the street, according to Briesenick.

The Davis Police Department's pain or grief may not be visible, but behind closed doors they still have Natalie's name listed on her lockers. Her car door is now in one of the offices and a display has the daily log with her last shift.

"It's been a very unique time for the agency because losing an officer is hard, period, but losing an officer in an agency this size where everybody knew her has been incredibly difficult," said Deanne Machado, the department's Deputy Director of Police Services.

Davis Police officials said the death investigation involving Natalie is closed since there's no trial. The suspect in the case died by suicide the night Natalie was killed.

"He did leave a note," said Paul Doroshov, deputy chief of the Davis Police Department. "His note suggested the city of Davis as a government was beaming some type of microwaves into his head and that caused him to act this way."

Because of the circumstances, Davis Police officials said they haven't made any changes after her death.

"We've always kept officer's safety at a high mark and as officers," Doroshov said. "We know that something like that could happen I think this was so random and so irrational and so unexpected."

Nothing really prepares you emotionally even for the strangers who grieve her.

"Once a day, at least a citizen would walk up to me, whether I was on a call or having lunch, and say thank you for your service, and I'm so sorry for your loss." Briesenick said. "But continuing even past the initial months, there has been a community group that goes out to the site where her life was taken, and they continue to pick up anything that gets broken and make it look really nice."

What has helped the Corona family is their faith. "I read something someplace saying God lends you his children, and I think as hard as it is having lost her and the way we lost her I have to be thankful I had her for 22 years and she was a great daughter, a great sister," Lupe said. "She really set good examples for her sisters so I'm grateful the Lord blessed me with her for that short amount of time."