After 47 years of date nights, proposals and anniversaries, Dallas' The Grape will close

The restaurant's current owners, Courtney and Brian Luscher say it's bittersweet, knowing the many memories they and other North Texans made in the legendary bistro. 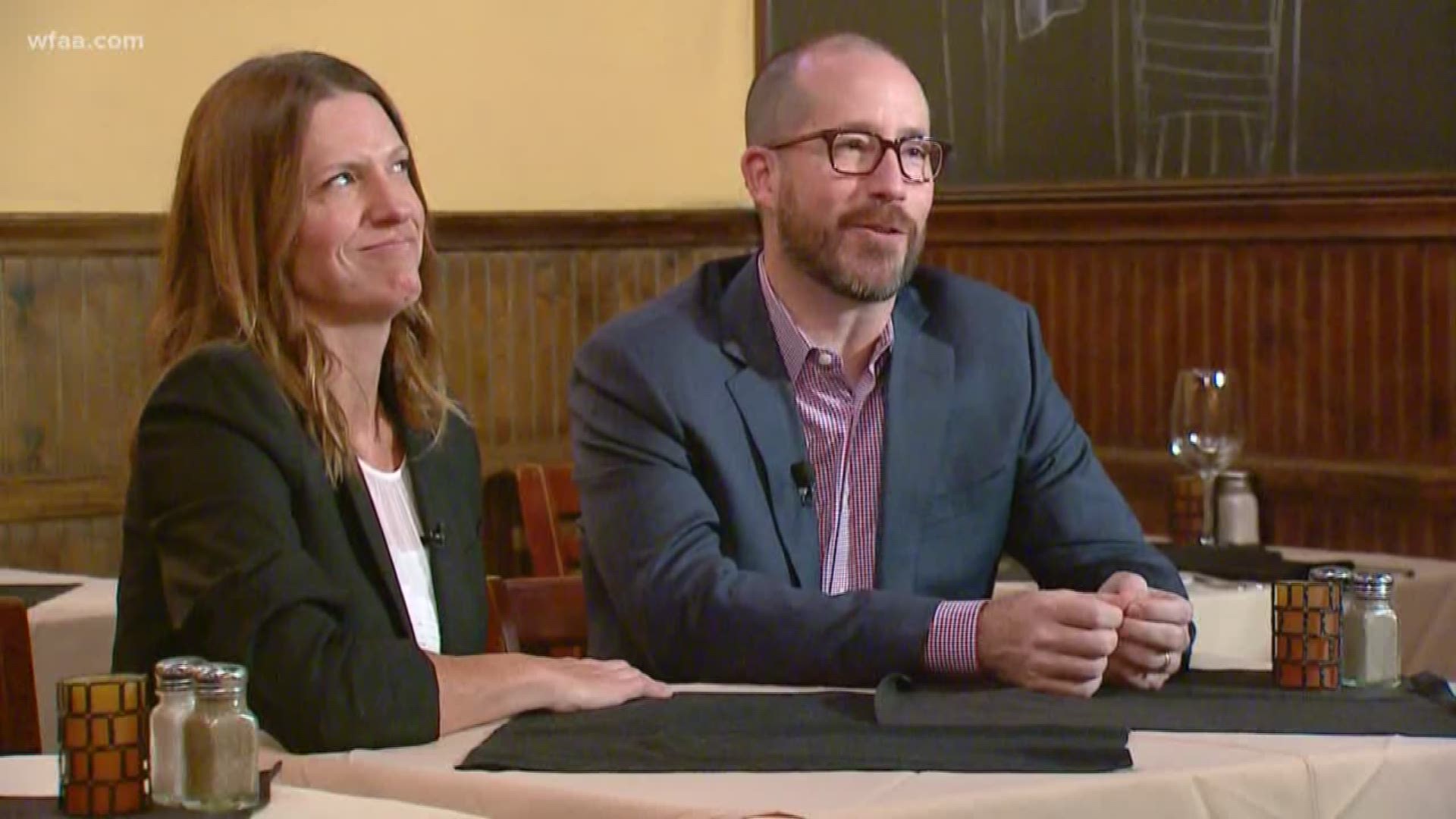 DALLAS — It's been a mainstay for first dates, engagements and more anniversaries than anyone could remember. But after 47 years of love, mushroom soup and special occasions, The Grape is closing its doors October 9.

The news has a lot of North Texans walking back down memory lane.

"We were checking our memories with each other just a minute ago," said Tim Rogers, who met us at the restaurant with his wife Christine. "Our table was right [over] there."

In 1995 she was Christine Penote, and her boyfriend was willing to pick her up at work in Las Colinas and take her to lunch on Dallas' Greenville Avenue.

"Such a giveaway," said Tim Rogers. "There’s no way I’d be driving out to Las Colinas just to pick her up for lunch on a normal Wednesday or whatever it was!"

At the time, he was writing for The Met, a weekly paper.

"I’m just chit-chatting and he’s like, 'So, my column’s out, do you want to read it?'" Christine said. " And I’m like 'Yeah yeah yeah, we’ll get to that in a minute. Anyway, what I was saying was...' and I just keep on going. Then I noticed he’s getting a little antsy and he’s like ''I’d really like you to read this column.'"

There in the column was a "Christine, will you marry me?"

He popped the question in black and white, and she said yes! With that, the Rogers became one of the hundreds of couples who committed to each other at one of The Grape's tables over the last 47 years.

"One young lady almost swallowed her own engagement ring. We had to stop her because the guy wanted it in the champagne!" said Courtney Luscher, who has owned and operated the restaurant with her husband Brian for the last 12 years, keeping an intimate, cozy, special occasion bistro vibe alive.

"Our goal was we wanted to respect the past but we want to embrace the future," said Luscher. "And I think we did a pretty good job."

They did, which is why their announcement that the restaurant will close after service on October 9 broke so many hearts. But it will comfort loyal diners to know this was a decision made with love.

"We have a daughter, she’s almost 14, and she’s taken a backseat for a long time," said Luscher. "Timing just made sense, so it’s bittersweet for sure."

The fact that so many people chose such a huge moment to happen at The Grape says something. Maybe it’s the food, or the wine — which you should have while you can.

"I went last week, I’ll be in again next week and here I am now!" Christine Rogers said.

It's a special place to take the person most special to you.

The Grape's reservations are booked until they close, but the Luschers say they are saving a few tables for walk-ins, if you'd like to try to dine there one last time.