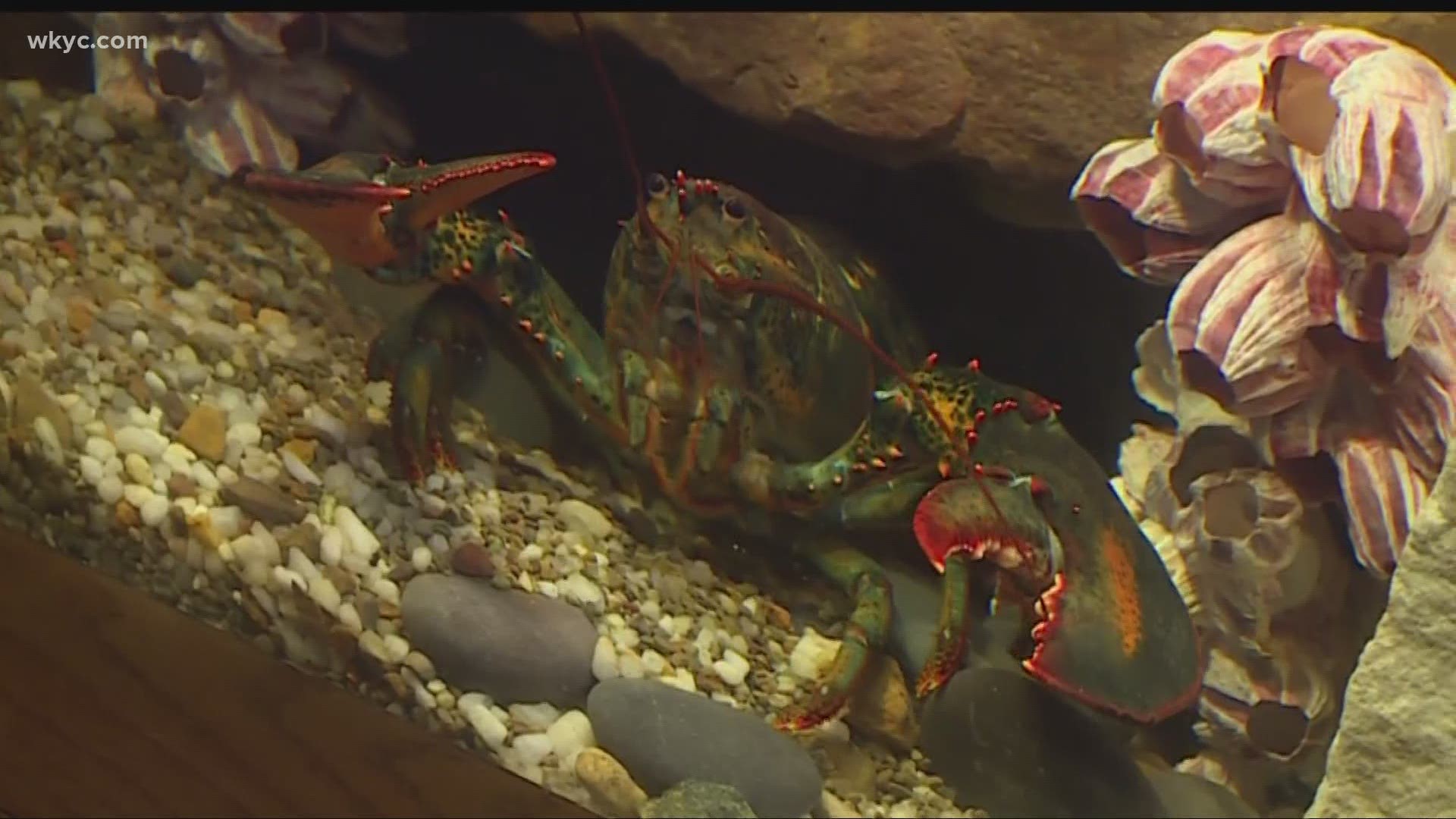 AKRON, Ohio — Months after it was rescued by restaurant workers at a Red Lobster in Cuyahoga Falls, a rare blue lobster is set to make her first public appearance at the Akron Zoo this weekend on Feb. 13.

Clawdia first arrived at the Akron Zoo last July after the restaurant’s employees realized the rarity of her blue shell and contacted the Monterey Bay Aquarium’s Seafood Watch conversation program.

“Blue lobsters are very rare, occurring one in every 2 million,” Akron Zoo officials explain. “The blue coloration of the shell is the result of a genetic anomaly.”

After spending some time getting acclimated to her new home, zoo officials say Clawdia began the molting process last fall in which she shed her exoskeleton.

“Molting is a very vulnerable process for lobsters, and it was especially vulnerable for Clawdia after her long journey the previous summer.”

Clawdia now lives in a habitat within the Akron Zoo’s Komodo Kingdom.

"As one of the world's largest seafood purchasers, Red Lobster is committed to seafood sustainability and helping to protect and preserve the world's oceans," the restaurant’s PR firm said in a press release after the lobster’s discovery last year.

Both the Akron Zoo and Red Lobster are partners with Seafood Watch.